How I Do It: Creating an Employee Waitlist - The Edge from the National Association of Landscape Professionals

Home » Featured » How I Do It: Creating an Employee Waitlist

How I Do It: Creating an Employee Waitlist

Can you imagine having potential new hires sign up for a waitlist to be hired by your company? At Local Roots Landscaping based in Pittsburgh, Pennsylvania, this is a reality at certain times of the year.

Patrick Murray, managing partner of Local Roots, says this isn’t always the case but they do have periods throughout the year where they have an employee waiting list. At Local Roots, they are always hiring, and Murray says he will provisionally hire people for three or four months from now and will keep in touch.

Last year they had five people waiting for positions. Murray says while some individuals will end up taking other job offers, others are waiting and ready to go when Local Roots calls them about the position opening up.

“Once people get an interview with us, come to visit our shop, they get to know, ‘Wow, this is where I can work,’” Murray says. “They’re like, ‘I want to work there,’ and even if they’re stuck in their job, or even if they’re bouncing around while they’re waiting to get hired here, they see how good it’s going be when they do get hired here.”

So, what’s their secret?

Murray says it comes down to their culture, which he admits has become a buzzword in recent years. He says there are multiple components to it and is something they spend a lot of time and money on cultivating.

Part of what allows Local Roots to have an employee waitlist from time to time is their high retention rate. Because they aren’t having to deal with turnover as much and fill existing positions, they can focus on growing with new openings.

In the winter, they keep some employees on year-round while others are laid off as the work decreases. Murray says while most companies are concerned about losing some of their laid-off workforce over the winter, Local Roots hosts company-wide breakfasts every other week during the off-season.

The Local Roots staff comes voluntarily to hang out and play games. Some employees cook breakfast and they do team member shoutouts. Sometimes there’s a paid training or an unpaid training that the staff will also stay for.

“We had 95 percent attendance at our non-paid company breakfasts and trainings over the winter,” Murray says.

Local Roots hosts other company events throughout the year and Murray says it’s a fun place to work.

Murray says they also work to have nice trucks and machines that make the work easier.

“The back work is not super hard at Local Roots,” Murray says. “A lot of it is just automated and easier so we try to advertise that as well.”

Another major aspect of Local Roots’ culture is being consistent. Murray says keeping their promises helps them earn their team members’ trust.

For instance, when Local Roots says they don’t work on Saturdays, they don’t make exceptions. Murray says by following through, they create an environment that is predictable and safe. It helps the employees know that what you’re telling them is true.

“Whenever something hard has to be said, they also know that it’s from a stance of that we care about them than us just nitpicking,” Murray says. “Keeping our promises means so much because that is what builds trust.”

He says a lack of trust is like cancer in an organization. Murray acknowledges that if you have a short-term view of things it can be attractive to want to bring in the dollars and cents while you can because you don’t know what’s going to happen tomorrow.

“While it might be really attractive to say, ‘You know what, stay out until 8 p.m. every night just bring it all in,’ that’s going to cause them to break down,” Murray says. “They’re going to start hating their job, resenting each other and resenting you.”

He advises taking on a long-term view and focusing on being consistent instead. Rather than only thinking about the current day or week, Local Roots is already planning what they’ll be doing this winter and trying to figure out how they can make their employees’ lives even better.

As the company has grown, Murray and fellow managing partner Kenneth Deemer coach three leaders a piece to ensure their leadership and consistency is scaled along with the business. Murray says they have very intentional conversations and conduct character-based hiring to ensure they are bringing on managers who care about people.

“As manager of any industry you can train them on the actual tactile part of it, but you really can’t train them to be good people necessarily,” Murray says. “A lot of that comes with who they are.”

Murray points out that you can have control or growth, but you cannot have both.

“As owners, it’s very easy to want control of everything,” Murray says. “Eventually you have to just trust that who you hired is who they say they are, and that what you’re doing in your day in and day out to train them and lead them is working.”

Murray says the resounding answer from his staff as to why they like working at Local Roots is because they feel welcomed, safe and it is a place they want to be.

“I think it’s just everyone caring,” Murray says. “I think that’s what it boils down to is everyone cares about them. Therefore, who wouldn’t want to be in an environment like that?”

One of the ways Local Roots conveys that they care is by prioritizing physical and mental wellness. Murray says they started focusing on mental health three years ago as he noticed everyone is struggling in some shape or form.

During orientation, they talk about mental wellness and how seriously they take it, as one of their core values is to go home safe and healthy and Murray says this includes physically, mentally and emotionally.

Every Friday, they send out a wellness survey where their staff can let them know how they’re doing. Murray says not everyone does the survey but it provides them an inside look at how work is affecting their employees’ family lives.

Similarly, their leadership team starts off their meetings where they can share how things are going personally. Field staff has a portal where they can log in to make suggestions or say they need to talk to someone.

“We’re constantly giving our employees agency in making decisions, asking questions and feeling like they’re being listened to,” Murray says.

If a team member says they are struggling the company won’t announce it, but if someone wants the staff to know, Local Roots will share with the team to lend that person an extra hand during the week to show they care. Murray also offers to chat to struggling team members, directs them to someone they’re comfortable with or suggests a therapist.

“Essentially we’re normalizing what people are feeling and not making them feel isolated,” Murray says. “Use discernment to direct them to the right way because I don’t think the company needs to fix every problem but I think it is in my responsibility to make sure they are being helped in some way shape or form.”

Murray says their philosophy is that humans are humans. They are not machines. They’re not tools. Everyone has a heart and everyone has a brain that struggles.

“No one’s a number,” Murray says. “Everyone has a complicated life. Everyone has more than meets the eye. So, we try to really remember that every time we’re on a job. Humans aren’t machines. We’re not meant to be treated that way.” 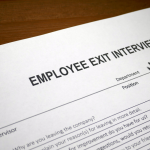 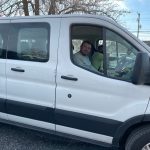 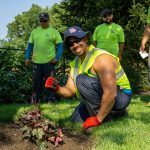