If your employees’ performances have been mediocre you might think conducting annual performance reviews will help.

Neal Glatt, managing partner of GrowTheBench.com, argues annual performance reviews shouldn’t be conducted at all. He instead encourages companies to conduct weekly coaching sessions with their employees.

“Do you really think a one-hour conversation can impact a year’s worth of work?” he says.

Annual performance reviews can be not only awkward and difficult for everyone involved, but also science shows they’re not effective.

“A lot of times annual reviews are used to have a pay discussion and a performance discussion,” Glatt says. “Having those together makes it inherently psychologically unfair. Only 29 percent of employees believe that performance reviews are fair and only 14 percent say they inspire them to improve. They’re so arbitrary.”

Glatt says if you’re only conducting performance reviews once a year, you should save yourself the time. He advocates providing employees feedback on a weekly basis.

“People absolutely need feedback, but it needs to be consistent,” Glatt says. “It doesn’t have to feel like a formal review.”

Glatt compares the weekly conversations to the preventative maintenance you perform on your equipment.

“You’re not going to have major breakthroughs but you’re preventing major blowups,” Glatt says. “When you look back over the course of the year with these conversations you realize I’m challenging you 50 times more. How can you not improve when you get 50 times more feedback than before?”

The Art of Coaching

Just like how a football team can turn something around after halftime, coaching your team early and often can help with making changes throughout the year.

“You never see a coach on the sideline think, ‘Oh we’ll talk about this next season,’” Glatt says. “They’ve got the iPad right there. They’re going to go over it play by play because the game is not over yet. Let’s give you feedback whether it’s good or bad. Let’s tell you right when it happens so we can analyze effectively and make changes for the next 51 weeks.”

The first step to effective employee coaching is establishing clear expectations. Your employees need clarity on not just what their job tasks are but how to treat each other and your core values.

Make sure there’s collaboration when it comes to selecting the right goals for an employee. Gain consensus around what the company needs and what the employee feels is right, that way there’s buy-in on both sides. The goals also need to be aligned with the company’s overall purpose. You can ensure your goals are aligned by using cascading goals that have both quantitative and qualitative aspects.

The second step is the actual coaching. It needs to happen consistently and should be focused on the employee’s job and be future-oriented.

“It’s always going to be talking about how are you going to do this better in the future, not why did this happen?” Glatt says. “We can’t fix our mistakes but we can certainly prepare better for the future.”

Glatt suggests these coaching sessions be 45 minutes to an hour long with the employee. If that seems like too much of a time commitment or you have 40 direct reports, Glatt says you need to restructure, as most people have five to 15 direct reports.

The third step is driving accountability.

The weekly meetings are largely driven by the employee. Glatt advises asking how the employee is doing in general and if they have any questions about their role or tasks.

“A lot of times people will come in with something and I’ll try to use that as a coaching opportunity,” Glatt says. “Let me help you solve this problem and let me explain my approach to this and hopefully equip you to handle this next time it comes up.”

After answering their questions and putting out any fires, ask the employee what issues they see coming up, where they want to be professionally and how you can support them.

“We’re just consistently equipping that person for the future,” Glatt says. “The number one criteria people choose a job is growth and development,” Glatt says. “Every single person I’ve ever employed has wanted to grow their skills or position in some way, shape or form.”

The Path to Pay Raises

Glatt recommends instead of tying performance reviews with pay raises, companies should have a company directory of positions and connect raises with job positions instead. Rather than paying crew leaders anywhere between $20 to $25 an hour, stratify the crew leaders by levels and their knowledge and skills.

“Then when someone who is crew leader level one comes to me and says they want to make $5 more an hour, I can be like, ‘Great, I’m so glad you asked, I just need you to meet these requirements,’” Glatt says.

By adding an identifiable career ladder for employees it takes the subjective aspect out of deciding if someone is worthy of a raise.

While it’s okay to have some employees who are content to stay in their current role, if an employee is not happy, disengaged or not interested in growing professionally, Glatt says he’ll often help them find a new job either within or outside of the company that is a better fit. 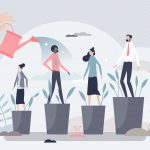 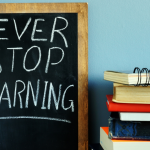