Faces of the Industry: Jesse Cardoza - The Edge from the National Association of Landscape Professionals

Faces of the Industry: Jesse Cardoza

Jesse Cardoza started helping his father in his lawn service business when he was eight years old. In the beginning, he had to find properties through a Mapsco book and used payphones for directions.

When he was 15, he would work his father’s lawn maintenance route so they could go on vacations with his younger siblings. During the last two years of high school, he began saving money and started his own small lawn service he ran after school and on weekends to pay his way through school at UT Arlington.

Cardoza says that his turning point was while he was in college caring for these residential properties, he realized his passion is for larger, commercial properties. He says that is when he decided to make a career out of landscaping.

“I knew there’s money in it,” Cardoza says. “I knew I like to do it. So as far as being able to make it, I had 120 percent confidence in myself. I wanted to do large, pretty things. I love the outcome. I wanted to see how far I can take it.”

Instead of graduating, he launched the business and planned to go back and finish his final semester in the fall, but never did. Cardoza officially started his company, Landscape Horticulture Services, based in Dallas, Texas, in 2012.

Landscape Horticulture Services provides complete landscape care for commercial properties, apartments, HOAs, sports fields and cities. Cardoza says that breaking into the commercial side of the business was particularly challenging as he had no guidance or network to turn to.

Since he didn’t have any connections, he had to figure everything out on his own, which cost a ton of money and mistakes but he says it was worth it.

“I grew up in a bad neighborhood,” Cardoza says. “A bad neighborhood means you grow up with a different type of mindset. You have to be willing to work and go. It felt like a disadvantage at the time because I didn’t have any networks but now that we’ve built a vast amount of network and references, it just sells itself.”

He says it was hard at first to learn how to present to property managers what separates them from other companies, but he says it comes down to how they deliver.

“It doesn’t even matter the brand or anything like that, the biggest difference is how you deliver and that you deliver what you promised,” Cardoza says.

He says while some of their properties are over 100 acres, he and his crew work to take care of them as if it was their own home’s yard.

In nine years, he has grown the business from one employee to 80+ employees all through hard work and delivering on their promises.

“I have a dependable source of labor that applies all the time, and they’re trusted,” Cardoza says. “They take care of me because I’m a minority. I’ve worked outside so they know that I understand how they feel so I put them first.”

As for changes he’d like to see in the industry, he would like to establish more appreciation for the frontline workers. He’d also like other minorities to succeed more often.

“To be honest, I’d love to see more minorities grow their companies to the national size,” Cardoza says. “If I can inspire other minorities and women-owned businesses to push in this field, I think they’d do pretty well.”

“I get to have fun and invent stuff that nobody uses because I know it’s better and it streamlines communication and transparency,” Cardoza says. “I make it, and I have the resources now to make it and just have our team use it and see how much it actually helps them and helps the client.”

He didn’t see himself creating technology solutions, but it came naturally. One tool Cardoza created was their in-house irrigation reporting system that provides pictures and mapping of what is going on with irrigation systems. This helped deal with communication issues with HOA and property management boards.

“Because of the problems I saw in the industry with a fresh pair of eyes, I’m able to come up with things to fix the problems I see the manager having,” Cardoza says. “One, it’s tons of fun, and two, as I’m growing I can’t really lose accounts because I’m depending on that to continue growing.”

He has been approached about selling this software, but he’s declined. Cardoza says he didn’t want to lose focus on what he’s doing.

Cardoza has also been approached about partnerships and selling his company but he’s turned them all down. He says he plans on being in the industry for another 30 years and plans to expand in their local market even further in the next 3 to 5 years. He says he sees his company in the Top 150 in the next 5 years. 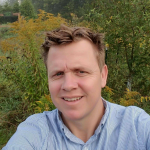 Faces of the Industry: Zech Strauser