The Faces of the Industry series features the stories of various individuals who found their way to the lawn care and landscape industry. They share about their current roles, what they’d like to do in the future and where they’d like to see in the industry change.

Click on each person’s name to read the full Faces of the Industry article.

Kevin Shackleford, CEO of Shackleford Landscape Group, based in Bear, Delaware, first started mowing lawns when he was 11 years old so he could earn enough money to buy a Microsoft Zune. While he didn’t make enough cutting lawns, he did finally earn enough money from shoveling snow to buy his MP3 player.

He picked up residential accounts starting out but now his company is a full-service operation that works with commercial clients exclusively. Shackleford’s favorite thing about working in the industry is how no day is the same and how a lot of different skills are required to operate a company.

When Juan Gutierrez came to the United States from Mexico in 1999, he originally only planned to stay for one year so he could earn enough money to buy a truck or house in Mexico, like many of his friends had done.

However, he quickly developed a passion for landscaping and decided his life was better in America. 21 years later, he is now the production manager for Diaz Group, LLC, based in Chicago, Illinois. Now he encourages and helps others grow in their careers.

Antonio Zeppa always wanted to run his own company, but he didn’t know mowing his neighbors’ lawns would turn into a career in landscaping. He formed Zeppa’s Landscaping Services with his brother Andre. The company added services one by one and even added a sister company, All Lit Up, which installs Christmas décor. He says they’re trying to build a line of systems that takes the guesswork out of jobs.

“We’re constantly thinking about efficiency and constant improvement, even when it’s good we’re trying to figure out how can we do this even better,” he says.

Angela Howes got into the landscape industry by pure chance. An associate of hers met Craig Ruppert installing a basketball hoop at his house and Ruppert offered him a job in landscaping. Not long afterward, her associate called her to interview for an administrative position.

Since then, Howes has spent 17 years with Ruppert Landscape. She is now the branch manager for the North Carolina landscape construction branch. During her time with Ruppert, Howes has held other positions such as purchaser, business developer and operations manager.

Caitlin Clineff grew up with a love of gardening, thanks to her grandparents. She worked in a number of different roles before being hired as Myatt Landscaping’s recruiting specialist and company ambassador. Clineff’s efforts over her three years with the company have paid off as their yearly retention rate has gone from 68.7 percent to 76.6 percent. Meanwhile, their yearly turnover has gone from 130.5 percent to 42.1 percent.

Do you want to share the story of your experience in the industry? Contact Jill Odom to be considered for a future Faces of the Industry feature. 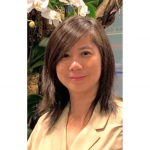 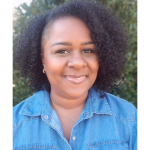