Level Up: Sticking to a Strategic Plan Keeps ASI Landscape Management on Track as They Grow - The Edge from the National Association of Landscape Professionals

Home » Business Advice & Stories » Level Up: Sticking to a Strategic Plan Keeps ASI Landscape Management on Track as They Grow

Started in 1993, ASI Landscape Management, based in Tampa, Florida, has a current annual revenue of $13 million with an additional $1.5 million generated by Ameri-Tree, Inc., ASI’s tree care company.

The company currently employs 160 people during peak season and has a five-year goal of reaching $25 million in revenue.

Strategic Planning and Communicating with Peers

Joe Chiellini, president and CEO of ASI, says the number one aspect that has contributed to his company’s growth is strategic planning. He says a strategic plan should have your core values, your mission and your vision. With it, Chiellini says it gets everyone rowing in the same direction. “You can’t just strategic plan in November or December and then take the plan and stick it on the shelf,” Chiellini says. “You got to do quarterly reviews of it and that’s a big piece of it.”

He says that regardless of your company’s size if you aren’t taking a few days away from the business every quarter to review your strategic plan, you won’t all be working in the same direction.

“Some of the greatest ideas I’ve had have come from through them,” he says. “The board of advisors are key to bringing in different ideas from different industries that we can bring into the green industry.”

He says he pays his advisors on the board $500 a quarter. Chiellini also participates in a peer group with other company owners in the industry.

“You got to have a peer group where you can talk to others, because it’s lonely at the top,” he says.

Another group of peers that Chiellini says is beneficial for himself as an owner is NALP’s Trailblazer program. He says when he first signed up he paired with David Minor and Tom Heaviland.

“I had these gentlemen come through my company and now those guys are friends of mine,” Chiellini says. “They’re personal friends of mine. Tom Heaviland and I talk regularly. In fact, now I’m a Trailblazer.”

Four years ago, ASI experienced a huge uptick in business. Yet Chiellini says it wasn’t part of their strategic plan and this is why they failed at it.

The company had entered the commercial/industrial market segment as well as municipality work.

“The municipality piece was begging for somebody in the area where I’m at to come in and do it and they loaded us up with work,” Chiellini says. “We just couldn’t handle it and it was low margin work at that. We didn’t stick to our plan, and our plan was not to go municipality and we did.”

ASI exited the municipality market and Chiellini says without their strategic plan and board of advisors they wouldn’t have seen it wasn’t the right fit.

Another market ASI exited was the bid-build world of construction. Chiellini says this was also low margin work and isn’t who they are.

“The great thing about strategic planning is you get your upper management in a room together and they’ll tell you what you’re good at and what you’re not good at,” he says. “And we’re not good at it. We want to go the extra mile, but in the bid-build world they don’t care about customer service. They want a low price and get the job done and get out of our way. And that’s not who we are, we’re just not good at it.”

Chiellini says they describe themselves as a full-service landscape maintenance company.

As the company has grown, like many other businesses, Chiellini has faced the issue of finding new team members. The question he has asked is who is the new landscaper and how do they attract them to the company. ASI has turned to technology as a method to draw new folks to the industry.

One example of integrating technology is with automated irrigation systems. The company can hire someone coming out of high school or college to conduct irrigation checks on the automated systems.

“We’ve tried to make it more attractive to the younger generation with the technology piece,” says Chiellini.

Another element Chiellini noticed was struggling was their company culture. For 30 years, he was a captain with the Hillsborough County Fire Rescue and was gone two days a week. Then a year and half ago he left the fire service.

“I don’t miss anything now,” he says. “There’s nothing now where I have to say ‘Oh shoot, I’m on duty at the fire department. I can’t be there.’”

The other piece to maintaining ASI’s company culture is through hosting events to keep things upbeat such as having snow cones and smoothies available for the workers at all three branches at the end of the day. The two company barbecues are highly anticipated events as well. Chiellini says he cooks chicken and pork for the 160 employees while the management team serves everyone.

At the most recent barbecue, they had a dunk tank for Chiellini and several other upper management members. Employees could pay a dollar for three balls and the proceeds all went to feeding Tampa Bay through COVID-19.

“I take them to that so that my team sees that there really is a career here, if you want it,” Chiellini says. “I think so many times, especially during the summer, our team members can feel like lawn jockeys, for lack of a better term. And when they go to such a professional event, like NALP puts on, they understand that this industry is bigger than Tampa, Florida, mowing a property or installing an irrigation system or doing some more arbor care work.” 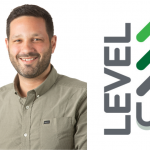 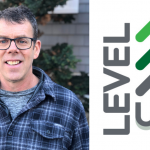 Level Up: Site Structures Landscape Grows Steadily By Being a Great Place to Work