Level Up: StayGreen Lawn Services Shares How It Became a Million-Dollar Company in Two Years - The Edge from the National Association of Landscape Professionals

StayGreen Lawn Services (now known as MissionGreen Services), based in Chicopee, Massachusetts, has only been in business since 2018 but in that time, it has grown to an annual revenue of $1.3 million.

Owner Mark Kelbacher plans to grow his company to a revenue of $15 to $20 million and he says his company is always in growth mode. In order to reach this ideal size, Kelbacher says they plan to do a mix of entering other markets via acquisitions and growing organically with their own branches.

The three main elements Kelbacher credits to his company’s growth are experience and leadership, effective and diverse marketing strategies and a company culture focused on exceptional service and results.

Marketing and Sales Are Critical

Kelbacher says one of his crucial investments in growing was recruiting an experienced marketing manager who helped the company appear established during their first year through marketing.

Kelbacher says late March through the end of May is when they typically have their biggest push for sales. Then they shift to upselling additional services to current customers.

He says their company’s focus is on lawn care and exterior pest control and they currently have no plans to diversify their services.

StayGreen felt the pressure caused by COVID-19 like many other businesses and experienced a few cancels. Kelbacher’s response was to stay in front of their customers as much as possible through various communication methods to let them know where they stood and how they could help.

“As far as our growth strategies go, we stuck to our sales plan, and then we did make changes, we implemented those changes and we adapted and adjusted accordingly,” Kelbacher says. “We stayed par for the course on what our vision was as far as growing.”

Kelbacher says that being a part of the National Association of Landscape Professionals has helped his company grow, he says he attended some of the meetings and networking with other NALP members has been particularly beneficial.

“Through networking, we can get some feedback on what’s working for other companies so we’re able to use some of those tools and some of those references to find better equipment,” Kelbacher says. “We’re always looking to upgrade our equipment, our trucks, what’s the right truck and through NALP, we can see some of that.”

In 2018, StayGreen had 2 employees and now has 13 on staff. So far, Kelbacher says hiring has not been a problem for him. He credits this to the fact that he is always recruiting whether they are fully staffed or not.

“I try to stay in front of them for as long as I can, and I’m honest and I’m upfront and say, ‘Hey we’re fully staffed at this point, but that can change in a month.’ So, I try to build a bench,” Kelbacher says.

He says he recruits a lot on Indeed and he also gives out his business card to anybody he happens to find while out and about who he sees taking pride in their work. In one instance, Kelbacher says he gave his business card to the man fixing his sandwich at a gas station as he noticed the care he was taking while making it.

“I said ‘I would love to have you come work with me,’” he says. “‘Give me a call if you’re interested,’ and he called me right away. I always say never stop recruiting, even when you’re off and you’re not working. I’m always watching and recruiting for people that go above and beyond the normal.”

With his current staff, he says they’re training and coaching constantly to make sure employees are the right fit for the team.

“We have procedures in place to maintain pride and professionalism from the appearance of our trucks, when we pull up to a customer’s house, to the way we communicate and perform our services for the customer,” Kelbacher says. 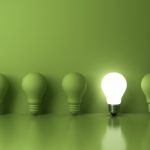