Like a lot of landscape business owners, Shayne Newman, owner of YardApes, a full-service design, construction and maintenance company, was significantly impacted by the lack of visas to come through the H-2B program this past year. Of the 66,000 available, he didn’t get a single one—and he admits he was unprepared for it to be quite that bad.

Many of the 12 H-2B workers who Newman had been anticipating had been coming to work for the company for the past 15 years—meaning they were more than just warm bodies to fill a gap, says Newman. They were experienced tradesmen who knew the Connecticut-based company’s properties. Besides the fact that this wasn’t an easily replaceable group, on top of that, Newman says he hadn’t made a strong enough recruitment effort to make up for the sudden labor shortage he wound up experiencing.

It was a stressful time, and it’s caused Newman to plan differently for this upcoming season.

When Your H-2B Workers Don’t Show Up: How to Plan for H-2B Failure

“Basically, we’re planning as though they’re not coming at all,” Newman says. “Of course, we’ll fight tooth-and-nail to get them. The fact is, when these workers’ visas don’t come through, it doesn’t just hurt the industry, it hurts the workers. These are employees who come to the U.S. honestly, pay their taxes and help the communities they come to.”

While Newman says that last season’s workers did eventually come through, it wasn’t until July and the “damage had already been done.” He says the company was $500,000 off of their sales budget at the end of the year.

“We lost a really large client,” Newman says. “It was a very large HOA property. We tried to do the right thing and were very honest and upfront with them that we were short on workers. Instead of having five workers there five days a week, we had three or four. But we worked hard and felt like we were keeping up. Even so, they canceled our contract.”

That was a blow considering the company maintains a 90-plus percent retention rate and has never had an issue with retaining clients. The fact that it was out of Newman’s control made it even more frustrating.

When Your H-2B Workers Don’t Show Up: Focus Inward

Recognizing that they had to buckle down, Newman says they stopped taking on new clients—even though there were days the phone was ringing off the hook. And to help fill the voids—as well as try and boost employee morale—Newman and his managers had to get their hands dirty and take on an “all hands on deck” approach. There were many days where everyone was out in the field.

Of course, Newman says this posed its own set of challenges.

“As they say, you should work on your business, not in it,” Newman says. “Having myself and our managers in the field solved a short-term problem, but it also meant that some managerial tasks were put off. People were being spread very thin and it was undoubtedly tough on everyone.”

When Your H-2B Workers Don’t Show Up: Be Better at Recruiting

Newman says the biggest takeaway from the experience has been realizing there were clear “holes” in the company’s recruiting program.

“Previously, we would make a push for recruiting from January to March but then allow that effort to trail off,” he continues. “We only had a few team members really focused on recruiting. While we had an employee referral program, we weren’t going out of our way to remind employees about it or encourage them to use it.”

Now Newman has realized that recruiting needs to be a year-round venture. Also, everyone needs to be involved—at least to some degree. He says this stronger push for recruitment seems to be working.

In order to be as effective as possible with recruiting, Newman says he’s spending a lot of time trying to get into the psyche of the young workforce. He’s paying attention to what social media sites they like most and posting job listings there. And he’s trying to make more of an effort to help potential hires see why YardApes is a great place to work.

While he hopes to never get into a situation quite so difficult again, Newman says it made the company stronger.

“In the end, we did learn from it,” he says. “Tough times make you stronger—and we survived. But we hope that our new recruitment efforts will prevent things from ever getting quite that bad again.” 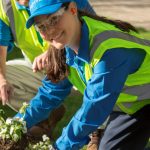 3 Ways to Improve the Financial Health of Your Landscape Business 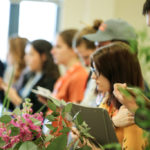