Many landscaping companies say they are family-focused or treat their employees like family, but what is it like to work with actual family members? These five companies share their experience of working with relatives and the lessons they’ve learned over the years keeping the business running with their kin.

Stephen Hillenmeyer, CEO of Hillenmeyer Landscape Services based in Lexington, Kentucky, works with his two sons Chase and Seth, which he says has been a pleasure.

“We all like to be around people, no one has a problem being in crowd or speaking their mind,” Hillenmeyer says. “I focus more on strategic planning and long-term outlook; Chase also looks at the long term and strategic moves from an operational standpoint. Seth’s strengths are more around development of our sales and growth of the organization.”

Rick Lemcke, founder and president of R.M. Landscape based in Hilton, New York, started his business with his brother Mike. Mike left the business 20 years ago as they did not share the same work philosophy. Rick now works alongside his son, Brett Lemcke (former President of NALP

Lemcke says at times he and Brett will have differing opinions and they simply have to hash the matter out, since there is no tiebreaker. He says their personalities are similar as they are both very positive.

At Dowco Enterprises Inc. based in Chesterfield, Missouri, president Maurice Dowell, LIC, has worked with his brother, son, daughter, and former wife.

His daughter, Kelly Dowell, has worked for her father’s company since she was a child, but now works with them in a different capacity. She has her own company Keldo Digital where she helps small businesses in the green industry grow their sales, marketing and recruiting efforts.

Dowell says working with his daughter isn’t any different than working with other people on staff as he sees them as family as well.

At Grasshopper Lawns Inc., based in Larksville, Pennsylvania, Michael Kravitsky IV, LIC, owner/president says his dad, mom, grandfather, sister, younger brother, brother-in-law and his two children have all worked for the company at one time or another. Right now, it is just Kravitsky and his son Michael Kravitsky V who work together in the business.

Kravitsky says his son has become one of the backbones of the company. He says he and his son work together well and he appreciates hearing what his son sees from a younger perspective.

Pete Schepis Jr., director of operations and co-owner of The Greenwood Group, based in Wentzville, Missouri, works along with his father Pete Schepis Sr., stepmother Joan Schepis and stepbrother Nick Sarandos.

“Since we are a combined family, my father and I have similarities and Joan and Nick have similarities,” Schepis says. “I think our differences come more in the way of ‘old’ school vs. ‘new’ school.”

“Lemcke philosophy is we work really hard, we play harder,” Lemcke says. “When it comes to play time or family time there isn’t anything from work that gets in the way of that.”

Kravitsky says he and his son enjoy snowmobiling in the winter and four-wheeling in the summer so they don’t talk a lot of business in their free time.

“My grandfather taught me that business is business, family is family,” Kravitsky says. “So, I’ve awoken to that fact that you don’t want to mix the two. Now don’t get me wrong, when he’s over at the house, we’ll talk business a little bit, but it’s nothing in-depth. We try to do it all at work.”

Dowell says he’s never made a conscious effort to separate work from his home life as they’d often chat about work in the evening. Talking about work in his free time has never been an issue with his family. Likewise, Schepis says they don’t separate their work from their family life.

“When we’re together, whether it be a day at the pool or a family birthday, we always have some sort of ‘work talk,’” Schepis says. “I think, individually, we all separate in our own way.”

Over the years working with Brett, Lemcke says he’s learned it’s more than just physical hard work when it comes to running a landscape business.
Kravitsky says that he has discovered his son is a true MacGyver and can adapt and find a solution to anything. Hillenmeyer says he’s found his sons are both entrepreneurial with a good work ethic.

“Watching them grow and succeed is as good as it gets,” Hillenmeyer says. “They bring so much more to the organization with their ideas and passion to grow and scale our business. They also care about our employees; they want to help them succeed and growth as people.”

Schepis says he’s learned trust is extremely important and being able to speak openly and honestly around your family allows the same comfortability when dealing with others.

“Though it can be challenging at times, there is a sense of security and trust that everyone is working toward the same goals,” Schepis says. “Everyone is invested in the future for different reasons.”

“Here’s what I’ve learned: all family members aren’t going to work,” Dowell says. “You’re going to have to realize that there’s going to come a time or there could come a time where you have to part ways and that can be tough.”

One of the issues that can occur is the awkwardness if a family member is not performing at an acceptable level. Dowell says he had to fire his aunt at one point but since then the company has created better documentation and expectations, so everyone knows what they are responsible for. He says they have weekly coaching sessions to ensure everyone is meeting their deliverables.

Lemcke says if you’re considering bringing on a family member, they must be able to contribute to the common cause.

“If you’re going to bring family in there has to be a clear expectation and clear responsibilities,” Dowell says. “There needs to be religious follow up on those. There needs to be wins for these people, wins for the customer, wins for the company. Those have to be documented and reinforced and applauded. If you can do that, then you can bring family members. You can grow them. They can make money. We can have fun, you can go to dinner with them, it can be wonderful, but it’s all going to be based upon the way that you set up and the way that you can show them a career path in your company.”

Kravitsky agrees that family members should have defined roles when joining the company and they should be treated like any other employee.
“Some family members aren’t players,” Kravitsky says. “They’re not in the game full time and then it drags everybody else down.”

He also advises that you have controlling interest in your company rather than splitting it 50/50 with a family member. Family members should also have similar values if you want to be successful working together.

“If your sons don’t have the same values, work ethic and passion to succeed as you, then it’s going to be a difficult road to go down,” Hillenmeyer says. “I’m very blessed that the three of us are aligned in our thinking both in the short term and the long run.”

He adds that you should always make sure your family member, specifically your children, actually want to be part of the business.

“I think sometimes people assume they want to be in the family business without asking,” Hillenmeyer says. “I told both of them before they started that it wouldn’t be easy, you will have to work harder than others, you will be watched and scrutinized more than anyone and if you don’t produce and meet the expectations of the job, I will fire you. Then I will put my dad hat on and figure out what I can do to help them find a job that works for them.”

Lemcke says one challenge in succession planning is how to get his retirement out of the business without leaving Brett in a bad spot. Because Brett wants to stay in the business careful planning has to be made, since selling the company isn’t an option.

Kravitsky says he is beginning the process of passing the business off to his son while Hillenmeyer has already made the transition with Chase now the current president of the company.

“It’s always hard to have two chiefs, once I felt he was ready to take the helm we didn’t make a big announcement to the company, Chase just began to run the meeting with me in the background,” Hillenmeyer says. “He had already earned the respect of others, so the transition was an easy one. Probably a little harder on me but it’s what I wanted, and I have no regrets. Chase and Seth are equal partners in the business, they work very well together, nothing gives me more pride than to be a part of watching them take this organization to levels I never dreamed of.”

Dowell says he hasn’t had a discussion with his daughter to see if she’d want to eventually take over Dowco as she currently is enjoying running her own business.

Schepis says his parents have slowly started to transition some of the responsibility to Nick and himself, but he says it will never be a complete succession as they’ll always be talking about work around the pool.

“My dad and Joan have built a successful company and are hoping to retire with security and without worry for the future,” Schepis says. “My brother Nick and I are looking to continue to grow and expand on the legacy our parents have built. So that we can take care of our families, the way our parents have taken care of theirs.”

This article was published in the Sept/Oct issue of the magazine. 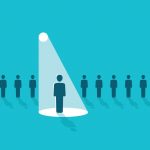 Why Employees Should Come Before Customers 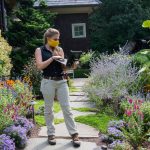 Takeaways from On Tour with Rossen Landscape 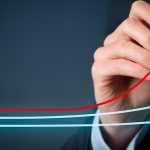 One thought on “Family Businesses: Working Better Together”