Faces of the Industry: Nelson Alvarado - The Edge from the National Association of Landscape Professionals

Faces of the Industry: Nelson Alvarado

Ever since he was a kid, Nelson Alvarado has been interested in mechanical maintenance and fixing things with his hands. However, for most of his life, he considered it just a hobby.

When life threw him some curveballs 10 years ago, Alvarado was forced to make some tough decisions. He moved from the banking industry as a branch manager and started working for a park maintaining their small engine equipment.

“I loved working on small engine equipment because the satisfaction of fixing them is a little better to me than (working on) vehicles because it’s quicker,” Alvarado says. “As a mechanic and probably for anybody who repairs things, one of the biggest things we enjoy is fixing things because it makes us feel good.”

He worked for the park for four years before joining Russell Landscape Group, based in Sugar Hill, Georgia. He says he started as a mechanic and within a year, CEO Teddy Russell gave him the opportunity to become the fleet manager.

Now not only is he handling repairs, but he is also responsible for maintenance records, purchasing and disposing of equipment, and other aspects of asset management. He says he loves numbers and organization as well as encountering problems and figuring out a solution.

As the fleet manager for the company, Alvarado is in charge of ensuring the maintenance is completed for all 240 trucks across the company’s 10 branch locations. He utilizes Asset Panda to track what trucks are due for service, which are down and which are pending repairs.

“Mostly what I do every day is check the fleet on this management tool and ensure the maintenance is upcoming,” Alvarado says. “We have every month several trucks that need to be scheduled to be maintained.”

He has seven mechanics and a fleet administrator who work with him. Alvarado also uses their asset management tool to track when equipment was purchased so he can decide if they want to replace or keep a piece of equipment. He says they will keep trucks for 13 years and mowers for five years. Alvarado says he’s also busy building processes as part of the company’s five-year plan.

“I’m in love with that asset management tool because it’s a platform where I have everything,” Alvarado says. “It’s a very user-friendly management tool. I can have everything from purchase dates, service records, documents, notes, repairs, accidents, fuel cards, and everything that I touch every day. I’m having everybody slowly start using it.”

One element Alvarado thinks other companies can benefit from is becoming more organized with their equipment and taking care of them more, instead of running them hard until they fail.

“A lot of small operators, it’s like, well, we cannot afford it,” Alvarado says. “We just buy new, buy new every time. If you look at your books, you probably spent a lot of money versus having a mechanic or somebody that would do this for you.”

Alvarado has been with Russell Landscape Group for five years and is excited by the company’s growth.

“If I knew what I know now, five years later, I would have probably worked in the landscaping industry before,” Alvarado says.

Alvarado says he doesn’t feel like he has to drag himself to work, despite certain elements being hectic and stressful at times. He says his biggest challenge is the fast-paced nature of landscaping as equipment repairs are needed quickly, but he enjoys it. He says if he could go back in time, he would remind his younger self how much he likes fixing things versus just chasing the money.

“I love when somebody says, ‘Hey, we broke down,’” Alvarado says. “I say, ‘Okay, here I come,’ which is bad, but it’s one of the things I like. I get the phone call and they say, ‘Hey, we have four trucks down that we need tomorrow. How are we going to do it?’ I enjoy that, that challenge.”

As for where he sees himself in the next five years, he hopes to continue to grow with the company.

“I see myself growing along with my colleagues, and with Teddy, the owner and I know what I like, and I know which direction I would go,” Alvarado says. “But that doesn’t mean that maybe something else will open up and would say, hey, this is what we have. I think there’s a lot of opportunity for me to grow in the company.” 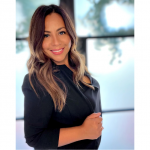 Faces of the Industry: Xochitl Lopez 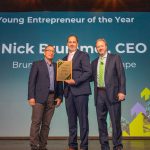 Meet Nick Brummel, the 2022 Young Entrepreneur of the Year 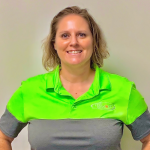