Faces of the Industry: Luis Carrillo - The Edge from the National Association of Landscape Professionals

Truth be told, Luis Carrillo never planned to go into the landscape industry. In fact, he had a plan to go into sports medicine and after six years of studying, landed a dream job with the NFL as an athletic trainer for the Carolina Panthers.

But after his wife had their second child, Carrillo began to realize that the demanding career wasn’t the best fit for a growing family. He wanted something that allowed for a better work/life balance. Carrillo had worked as a seasonal crew member at Ruppert Landscape while studying for his BA, and his wife Stephanie Carrillo (a branch administrator at Ruppert) suggested he go back.

In 2017, Carrillo rejoined Ruppert full-time as a field manager in Charlotte but was quickly promoted to enhancement manager. He says this is when he began to see the landscape industry in a different light. He admits that he worried he was taking a step back after working so hard to pursue sports medicine — but Carrillo says he quickly began to learn the complexities and the potential joy that can come from the landscape industry.

“Being in this new role, I quickly fell in love with the production aspect,” Carrillo says. “I get to be outside, bounce around to different sites, and work with people. Every day there is a different project. I started to see how fun it can all be. On the construction side, you go from having nothing to creating something and it’s really very rewarding.”

Carrillo says he also began to see just how much science goes into the inner workings of landscaping — challenging him in new ways.

“There’s a very rewarding mental aspect of this work — enhancements are about how you’re going to fit the puzzle pieces together and that’s not simple,” Carrillo says. “I think there’s this perspective that landscaping is easy but there’s so much that goes into it. Never in my life did I think I’d be recalling trigonometry to figure out plant spacing. People take a beautiful landscape for granted but even understanding the science behind what trees were chosen or how they perform is all much more complex than I ever knew.”

In addition to being mentally stimulated, Carrillo realized that this was also a viable career choice in which he could support his family — and have opportunities for growth. Recently, he was promoted to be the Charlotte branch manager. Now, he’s committed to wanting to change the perception of the industry for others.

“I want to show people that the opportunities in the landscape industry can be really rewarding,” he says. “My wife worked here first and I could never believe how jazzed up she was about going to work. But now I get it. I’m indebted to Ruppert because it’s how I got through college. I got to pursue my childhood dream of getting to the NFL. But now, I also see that it’s a place where I can build a future. As a company, Ruppert Landscape always says they stand by their number one value, which is their people — and I’ve seen that. They want you to do well.”

Today, Carrillo and his wife work together. He says he’s often asked how that works but he says it comes naturally to them and they enjoy it. As a couple, the two are big goal setters and they’ve applied some of the principles of goal setting that they’ve learned at Ruppert to their own lives.

“We’ll do these couple retreats and spend time setting goals for the upcoming year,” Carrillo says. “What do we want to accomplish? We’ll set individual goals and family goals, too.”

And now that he’s found a place where he can grow and build a career, while also having precious time with his family, he knows he’s well-supported to move forward. His best advice for young landscape professionals seeking a similar upward trajectory is to work hard and demonstrate your potential.

Carrillo sums it up: “You’ll be surprised where this industry can take you if you give it your best. 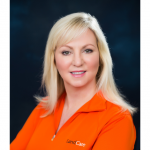 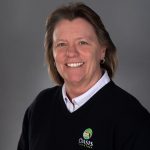