Emerging Technologies in the Green Industry

There are numerous new technologies that can help your landscape business operate more efficiently and deliver even more value to customers.

Michael Mayberry, chief technology officer for Level Green Landscaping in Upper Marlboro, Maryland, will cover how to put these new technologies to work in his session “Emerging Technologies in the Green Industry” at ELEVATE on Wednesday, Sept. 21 at 9 a.m. ET. This session is part of the Business Excellence track and is worth one CEU.

“I think that technology coming into the green industry is really important and it’s the way of the future,” Mayberry says. “Every company, big and small, is going to need it and I’m going to be talking about those things.”

Mayberry’s session will dive into topics like robotics, automation, big data and advanced programming interface (APIs). He says APIs allow different applications to communicate with each other behind the scenes if you have someone who can write the bridge between two programs that don’t naturally talk to each other.

One of the important aspects of integrating technology into your operations is it allows you to do more with the same amount of people on staff. Mayberry says even small companies can benefit from automation.

“The labor market is really tough right now,” Mayberry says. “If people are not trying to implement solutions that allow their people to do more within the same amount of time without adding stress or adding additional work hours, they’re going to burn their people out and they’re going to have a hard time attracting new people.”

He says that not staying innovative with technology will make it harder to give the best price or provide the best service.

Mayberry understands why landscapers are cautious when it comes to adding new technology, but he says it’s important to be aware of what’s going on and evaluate if it will benefit your company.

“I also think it’s important to be on the front part of the bell curve of adoption so that you’re not the last one to the party,” Mayberry says. “Everything is going to take time to figure out how to practically implement into your company.”

Robotics is an example of when you start implementing it early on, you can have a system figured out before other businesses in your market.

“If you’re really reluctant, talk to other companies, get out there and explore and see what it’s doing for people who have implemented this and listen to the good and the bad because there will be both,” Mayberry says. “If you’re scared to adopt it, make sure you’re surrounding yourself with people who are so that you can get the feedback from them and know if you should make a move or not.”

Mayberry says while people tend to think technologies fail, more often, it is the implementation that fails.

“It is not that the technology didn’t do what it was supposed to or what they claimed,” Mayberry says. “It’s just the people inside the company did not hold people accountable to the new processes that were required and go behind and form those checks to make sure that people were doing it.”

The key to properly implementing new technology is to make sure you are holding your team accountable. Mayberry says your team is always going to revert back to what is most comfortable.

“If you let them do that, that’s what they will do and then you will never move forward,” Mayberry says. “You’ll never see the ROI that you expect it because people aren’t using it and at that point, you just can’t blame the system.”

If you do put in 100 percent effort and you are still not getting the results you wanted, Mayberry says go ahead and pull the plug on the technology that is not a good fit.

Want to learn where to look for emerging technologies and how to maximize their application in your company? Register for ELEVATE and we’ll see you in Orlando, Florida! 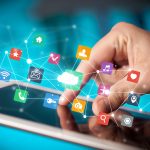 Tech that Works FOR You 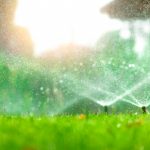 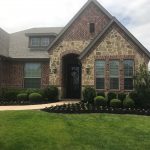