Cultivating Diversity and Inclusion in the Landscape Industry

Diversity makes companies stronger. That’s why the National Association of Landscape Professionals is launching an industry-wide discussion about how we can proactively encourage and support greater diversity in the industry. Find out how these companies achieve success through inclusive corporate cultures.

“The more diverse we are, the better we can be as an industry,” says Terra Phelps, the handler for Utopian Landscapes based in Harrisburg, Pennsylvania. “Diversity is kind of like a diamond, the more facets we have the brighter we can shine.”

“Diversity to me means all walks of life, all backgrounds coming together to create a unique company,” says Zech Strauser, founder and president of Strauser Nature’s Helpers, based in East Stroudsburg, Pennsylvania. “I think that if companies don’t have diversity on all levels, we become stagnant and we don’t become exposed. A diverse company means we have a lot of different backgrounds and beliefs to create a unique team atmosphere.”

Krisjan Berzins, president and CEO of Kingstowne Lawn & Landscape, based in Alexandria, Virginia, says if the leadership and management come from a completely different background than the field staff it can create a barrier between production and management.

“Diversity, in my opinion, would mean that your senior management team and leadership team can relate to, communicate with and understand culturally or even have some similarities culturally to your production staff,” Berzins says.

Gachina Landscape Management, based in Menlo Park, California, has employees from 4 continents and 10 different countries.

“Varied life experiences that bring different points of view is essential to the culture of our company,” says H. Jaclyn Ishimaru-Gachina, president and CEO of Gachina. “There is a shared mindset of working together towards a common goal of creating a culture that we’re in this together. We share different opinions and come to the best solution.  And then we support it.  We share our successes and what didn’t go well — to learn from that situation. We offer solutions for the next time. We appreciate our differences.”

“I think it helps with retention when a company has values that the team is proud of and comfortable with,” Phelps says. “I think they just feel safer, and they don’t feel that need to have one foot out the door.”

For Strauser, he says they became a diverse company organically, as there wasn’t a strategic plan to improve diversity. However, when he noticed the diversity in his company, he took pride in it.

“I believe it’s one of our biggest assets for our communities and our properties that we impact and as a team,” Strauser says.

The company is now working toward bringing a deeper conversation and awareness. Strauser says he’s also asked his staff how they can improve their current diversity and take it to a higher level of effectiveness.

“I think everyone needs to try to refrain from knowing what we’re talking about and we need to listen and talk to people about it and come at it with a beginner’s mindset,” Strauser says. “We think we know what we’re talking about on a subject or we have a stance. But I think that’s part of the problem is we’re not listening to others, allowing their voice to be heard as much, on whatever topic it is.”

Berzins says the biggest thing his company does to promote diversity is making sure that their leadership team resembles their workforce and customers. He says it’s always been important to him that his employees feel represented at all levels of the company.

“I think it’s important to make sure our management team is representative of those that they are managing,” Berzins says. “We actually walk the walk as opposed to just claiming we believe in it or want to do it, by actually doing it.”

He says this goes a long way to helping people feel valued and appreciated, rather than feeling taken for granted or misunderstood.

Ishimaru-Gachina says they promote and post on social media about members of the Gachina team and their contributions to the company’s success. At the Peninsula branch, flags fly for the different countries that team members are from.

“We present ongoing sensitivity and inclusion training,” Ishimaru-Gachina says. “We hire for the position, not a person. We promote a company culture of diversity and inclusion. All new employees go through skills/company training. They start out as part of a team for at least two months to adjust to the “Gachina Way;” this way training is consistent and there is a shared experience.  And they have a mentor to lean on.”

Phelps says they make a point to shut down any comments that might be considered intolerant.

“I’m actually really proud of our team right now,” Phelps says. “They’re generally pretty sensitive, without us having to drill any points into them. We’ve been pretty happy to see them shut down racism or ignorance if an inappropriate comment is made. No one’s perfect, but we have to police each other.”

Utopian Landscapes has also stopped working with vendors over racist remarks and made it known they do not accept prejudice.

Strauser says going forward they will also no longer tolerate customers making prejudiced comments. He says they will send a warning a letter to clients and if it happens again, they will cancel the contract.

Phelps says one major step to creating a diverse workforce is to ensure that more people are aware that landscaping is a viable, respectable career option for individuals.

Language is another aspect to be considered. Berzins acknowledges many individuals in the industry are native Spanish speakers so he makes a point to have management members who are fluent in Spanish.

“Not because they can’t speak English, but because it’s their first language so they’re always going to be more comfortable in that language,” Berzins. “That’s been a big part of having our staff very comfortable with management is having people speak their native tongue. It sounds obvious, but it’s important.”

Berzins notes that also providing a path for growth from within allows entry-level workers the opportunity to move all the way up to senior management.

“It’s really important for us to keep those doors open, specifically for that reason,” Berzins says. “They have to be qualified and capable, but we certainly shouldn’t keep any doors closed to anyone.”

Ishimaru-Gachina says they work to make everyone feel like a member of the team as fast as possible.

“Asking that everyone help each other out and work together,” she says. “Creating a company culture so that our current employees promote to future employees because they are proud to work here and feel appreciated.”

Some may be concerned that focusing on hiring a more diverse workforce will result in tokenism but Strauser says this is avoided by looking for certain traits, rather than specific demographics.

“We’re looking for certain traits in the sense of are they dependable?” Strauser says. “Do you show up on time? Are you a hard worker? Do you smile? Can you pass a drug test? When we start to put our criteria on who we’re going to hire, that eliminates the concept that I’m only going to hire my college buddies.”

Berzins says they don’t worry about quotas. He says the desire for diversity must be authentic, rather than wanting to check a box to say they hired a certain demographic.

“We hire the best candidate for the position,” Ishimaru-Gachina says. “We haven’t had the situation where two people are equally qualified, and we needed to find a tiebreaker. We don’t look at our numbers to hit a certain target of diversity. We look at the qualifications of a position, not who can we fit in there. Most importantly, will the candidate respond and fit within the culture?” 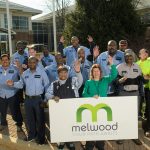 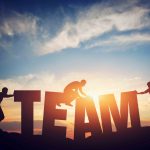 3 Ways to Build a Team for Future Growth 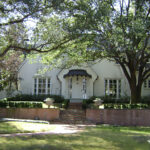