Business Smarts: How to Build an Accurate Estimating System - The Edge from the National Association of Landscape Professionals

Business Smarts: How to Build an Accurate Estimating System

When you lack a mathematical process for your project estimating, you can end up losing significantly on your jobs. While you can get away with guesstimating, this isn’t ideal to ensure the long-term success of your lawn care or landscape company.

The production rate is the standard length of time it will take your team to complete a certain task that can then be added to a formula.

“The contractor should have a production rate for all the repetitive tasks that they are doing in the field based on their own equipment profile,” Bass says. “No two companies are exactly alike with equipment profiles.”

Andrew Dickson, vice president of operations with LandOpt, says that skilled versus unskilled labor will impact your production rates and is something you should adjust as your team’s skill levels change. He adds that as your business and services change your production rates need to evolve with you. For instance, if you’ve started doing more detailed masonry work, you might need to allot more hours for each project.

“An example of a production rate is: One cubic yard of mulch installed per labor hour,” says Scott Burk, president of Scott’s Landscaping, Inc., based in Centre Hall, Pennsylvania. “This needs to be a sustainable rate that can be maintained all day long. A crew may spread mulch at a rate of 1.1 cubic yards per labor hour in the morning when they are fresh and then in the hot afternoon, they slow down to .9 cubic yards per labor hour. Average this rate over the entire day and use that rate as your sustainable production rate.”

Burk says the production rate also gives your team goals to work toward as they have a proven track record of how long it takes to perform certain tasks.

“Creating and tracking production rates is a never-ending task,” Burk says. “Equipment may help your production rate so you are constantly changing these numbers to match the performance your crews can produce.”

When it comes to getting these initial rates, Burk advises not overwhelming your crews. Ask them to track a few specific tasks, as they’ll be more accurate when they’re not overwhelmed.

David Arnold, managing partner at Two Twelve Advisors, LLC, adds that owners may have a perspective of how fast they could get something done if they were out in the field, but your production rates need to be in the context of an average person with an average skill set doing the work. He says not to forget about the ancillary tasks outside of the main job like talking to the customer and loading/unloading equipment.

“Whatever the case is, it’s not just about how long it takes to do the actual task, but all the things that it takes to be a human and interact with people,” Arnold says. “That’s just a reality. We’re not robots so there are other pieces to the puzzle.”

When creating production rates for tasks you’ve never done before, Arnold suggests leveraging your vendors to get time estimates or simply doing some trial and error.

Once you’ve made the time commitment to calculating your production rates, start incorporating them into your estimates and give that data to your crews on future projects.

“Your production managers and crews will like having accurate data to schedule with and slowly your whole company will see the importance of this effort,” Burk says. “Once you have the whole team on board you can continue to build production rates and track projects. You now have a solid estimating system in place.”

Burk says it may take months to build out your estimating system, and it will need to be updated regularly to keep your costs accurate.

Dickson says once you’ve got your mathematical approach to estimating, it’s important to get these formulas out of your head and into some software, whether it’s Excel or specialized estimating software.

“A lot of folks think you got to have a special program that is maybe industry specific labeled and from an estimating standpoint, all that’s nice and it helps you organize data,” Bass says. “But I’ve seen companies time and time again, dramatically improve the accuracy of their estimating, plus improve the turnaround time, by simply using an Excel spreadsheet.”

Bass says using a system helps you estimate much faster, and it builds discipline, so you don’t skip over certain steps.

One element not to forget when it comes to estimating is to take the time to review the data after the job is complete. Arnold says by digging into the details you can see where certain aspects of the job were over or under budget. This allows you to estimate more accurately in the future.

“One thing that I think is really important is when an estimator can engage with the production team to have buy-in in their estimate,” Arnold says. “There always tends to be a little bit of conflict after a job is completed. It doesn’t go the way someone planned on it. If we can own it together, have that conversation, evaluate the results and take steps to make adjustments.” 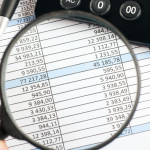 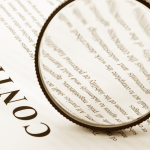