Business Smarts: Getting the Most Out of Fall Aeration - National Association of Landscape Professionals

Home » Business Advice & Stories » Business Smarts: Getting the Most Out of Fall Aeration

Business Smarts: Getting the Most Out of Fall Aeration

It complements the whole lawn care package and helps set your clients’ properties up for success, which is why so many companies in the lawn care and landscape maintenance industry offer it.

“We’re trying to always raise the bar, raise the quality, raise the standards of that property and aeration is a key factor in sustaining that and keeping the turf looking as best as possible,” says John Caramanico Jr., president of C. Caramanico & Sons Inc. in Upland, Pennsylvania.

Because the bulk of root recovery for cool-season grasses takes place in the fall, it’s best to work alongside with Mother Nature and carry out aeration at this time as well.

Depending on your location, the prime time for selling aeration may vary a bit. Jack Moore, CEO of Grassperson Lawn Care & Landscape, in Lewisville, Texas, they start the sales process in mid-to-late August and then ramp up their efforts through September and October.

“Our window to complete this service in North Texas is late September thru early November so it is a fairly short season,” Moore says.

He says they try to focus on their repeat and existing clients before using email marketing to reach out to leads in their database they haven’t converted to doing aeration over the past 1 to 2 years.

“We attempt to educate our clients on the importance of aeration, the ideal timing, and the process,” Moore says. “The cost/benefit ratio is really very good and if our clients trust us, they will typically consider our recommendations. We have our technicians be especially vigilant in identifying compaction issues on properties leading up to the fall aeration season. We alert clients that they have a compaction issue, educate them on what needs to be done and why, and offer a no-cost estimate for their consideration.”

Meanwhile, in Peoria, Illinois, Spring-Green Lawn Care starts selling at the beginning of the season as they offer both spring and fall aeration. Franchise owner Dave Vojta says if the client needs seeding as well they typically try to convince them to wait until the fall to do their aeration as fall seeding has a 90 percent or better success rate.

Vojta says thanks to their clay soils, having enough demand for their aerations services is rarely a problem. Rather, it’s getting more staffing in order to get the work completed that is their challenge.

“The most driving force behind the purchase decision is a thinning lawn or one prevalent to disease problems,” Vojta says.

Aeration as a Package Deal

While some companies offer aeration as an add-on that they have to sell at a specific time, others have moved to include aeration as a package deal.

As a commercial landscape contractor, Caramanico says they’re often at the discretion of their clients who all have slightly different buying cycles, when quarters end and how they accrue expenses. In recent years, they have switched to having aeration as part of their maintenance agreement.

“We sell the scope of services for one time at the beginning of the year,” Caramanico says. “Aeration is just a part of that puzzle, a service that occurs during the optimal window. That’s been successful for us because we don’t have to gain approval in August to do that service. Once we gain approval in January that service is just scheduled for the optimal season.”

Caramanico says most of their clients already understand the value of aeration and how it’s a necessity to keep the turf looking good.

American Turf and Tree Care, in Greeley, Colorado, moved to the package model of offering their clients good, better and best options last year. Even at the good option, they include liquid aeration.

“It’s going to help people’s lawns get better if you’ve just included in your basic package,” says Blair Matthews, head of sales and marketing at American Turf and Tree Care. “When you present them with a fuller robust package, there’s less nickel and diming down the road.” 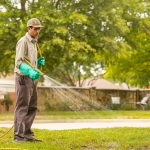 Liquid aeration is applied to the top of the lawn and it soaks in over time.
Photo: Grassperson
How I Do It: Core or Liquid Aeration? 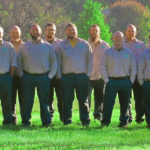 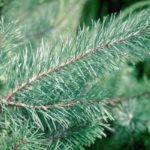 Deck the Halls With Something Green