There are so many ways to communicate with your customer base nowadays, it’s easy to get overwhelmed by all the different ways you can reach them.

“It’s impossible to be across every single marketing channel and do it very well,” Joseph Stark, marketing director for Ground Works Land Design, based in Cleveland, Ohio. “What I think is important is to pick the ones that are working for your company and then do those very well right. So, if you feel like your outbound marketing, your communication with your clients is lacking, then email marketing is certainly an avenue.”

Having a successful email marketing strategy comes down to planning the type of content you want to send, building specific email lists, creating and sending the emails, and then studying the results. Stark says the first thing you need to do is step back and ask why are you collecting emails in the first place.

“You don’t want to build a list or start email marketing just because you read it in a marketing book,” Stark says. “You want to think about what your approach is and then collect the right individuals’ emails.”

He says if you’re wanting to send out updates weekly or quarterly, you probably only want to send this to high-level prospects or current clients. Meanwhile, if you’re trying to close a deal or sell a new service, this might call for a broader list.

“Identify the content you’re going to be sending or have a general idea of it before you even start collecting emails because if not, it can just like spread like wildfire and before you know it you’re going to have an Excel chart with hundreds and hundreds of emails,” Stark says. “In the current digital day and age that we live in, we’re already getting hundreds and hundreds of emails. So, there is a fine line of continuing to communicate but not overwhelming your email list receivers with content.”

Whatever CRM you use will already have a good collection of your current customers’ emails you can start with. Stark says anytime they receive an inbound request whether it’s a DM on social channels or a phone call, they automatically request the person’s first and last name, and email address so they have them on file.

Other ways to collect emails is by having call to actions on your contact us page and on your social channels. Having an email signup form in multiple locations like at the end of your blog articles and as a sidebar increase the odds of people deciding to enter their information.

While you might be tempted to buy a mailing list, Stark says you’re better off going door to door as it would be very hard to qualify the leads from a bought list and know if they are in your market and target audience.

“Anyone that has an actual list that you would want, I would have to believe would be too professional or too credible to actually sell it,” Stark says. “So how I would look at it as anyone that’s selling a list, I’m not sure I want to be in business with them anyway.”

Emailing individuals who have not opted in for your lists can cause them to flag your emails as spam and lower your deliverability rate to legitimate subscribers.

Stark encourages using tabs to organize your email lists in categories such as current customers, potential leads, or former clients.

“I would absolutely recommend that because you don’t need to be sending hidden sales pitches to your top client,” Stark says. “If anything, that’s disrespectful or they will view it as lazy. They might think, ‘Why are they sending me an email saying ‘Want to work with us?’ if they’re already under contract with you.”

When it comes to some of the things you should or shouldn’t be doing when creating your emails, Stark encourages editing your emails multiple times as misspellings are an embarrassing mistake you cannot correct after hitting send.

Stark says you should remember to include pictures, calls to action and your company name. Like in a press release, Stark says you shouldn’t bury the lede. Share your most important information upfront. Your emails should be interesting and to the point.

The frequency you send emails depends on why are you sending them in the first place. For instance, a good frequency for sales promotion email would be once a week every other week for the duration of the campaign. Ground Works currently sends emails when they need to update their clients when they are unable to service their properties as well as quarterly newsletters.

“Just because you have this email platform and this list, doesn’t mean you have to email them all the time,” Stark says. “You want to make sure you’re sending meaningful content.”

He also says it’s crucial to avoid putting broken links in your emails.

“If you’re putting a call to action into this email and consumers click on it, but are directed to a broken link, that’s definitely grounds for them deleting the email entirely,” Stark says.

Make sure the information in the email is up to date. Stark says the more you can personalize an email the better, which is why you want to collect people’s first and last name as well when requesting their email address.

“They know it’s a marketing email, but if it’s somewhat personalized by having their first and last name, they know the company took the time to customize it because nothing’s worse than feeling like you received spam from someone you’re in business with,” Stark says.

When it comes to whether you should clean up your email list if your engagement numbers are low, Stark advises not removing customers who haven’t opened your emails in a while because you never know when it might turn into a sale. He says because clients have the option to unsubscribe there’s no need to remove inactive email addresses.

Stark says in a data-driven world it’s important to look at the analytics of the email campaigns you send out, but don’t get too wrapped up in the numbers. He advises using the data such as open rates to determine how to tweak future emails based on what has performed well.

“I would say don’t get concerned about it but don’t dismiss the data either,” Stark says. “It’s there for a reason. Take that data and use it to your advantage.”

He also says small companies shouldn’t get too hung up on what email platform to use when starting out. He encourages taking advantage of one of the free options, such as Mailchimp.

He says email marketing can be a great tool as long as you approach it seriously and take your time thinking about what you want out of it. 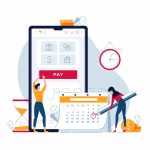 How I Do It: Switching to a Subscription Service Model 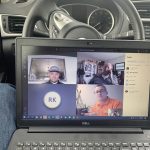 Operating and Communicating with Customers During the Quarantine 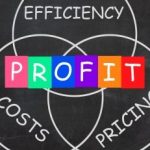 How to Price Your Work—and Earn a Profit