Today marks Veterans Day, a day set aside to honor America’s veterans for their service and sacrifice. We caught up with a handful of veterans who have transitioned from the military into the lawn care and landscape industry.

How They Ended Up in the Industry

Alejandro Fairley, served in the Army for nine years. He now runs Alpha Foxtrot Lawn Therapy based in Lacey, Washington.

Fairley says after he got out of the military he worked at the Department of Corrections as a correctional officer. When he hurt his knee and couldn’t work at the prison he started mowing lawns to supplement his income.

“I started building up clientele and when I went back to work, they stuck with me and it morphed from there into what it is now,” Fairley says.

Fairley says he named his company Alpha Foxtrot Lawn Therapy because he handles a lot of lawn management where he treats lawns dealing with various issues.

“I would pretty much rehab lawns when I really got started,” Fairley says. “I didn’t do a whole lot of laying new turf. I would come back and rehabilitate whatever they already had going and made it into something. I would show people that you can do that.”

As his company continues to grow, he says he’s been leaning towards doing it full time. Right now, he also works as a case manager for the state, writing roadmaps for rehabilitation for offenders.

Fairley says he likes being outside and creating something from nothing or taking something that’s overgrown and making it manageable. He says it’s very therapeutic.

Rufus Yonce served in the U.S. Air Force for 30 years before retiring as a Chief Master Sergeant. He started working for Yard Chief Yard Care, based in Anchorage, Alaska, which was founded by another Chief Master Sergeant of the Air Force, Kenneth Post Jr. Post eventually sold his shares to Yonce, who never thought of running his own company until the opportunity presented itself.

Yonce says his favorite thing about working in the industry is customer satisfaction.

“There is nothing like watching a lawn turn from winter brown to lush green in the spring with precise lines that ‘screams out’ professionalism and receiving comments from an excited customer,” Yonce says. “I even find myself taking second looks at immaculate fresh-cut lawns. No matter who cuts them.”

Dan Smalt, LIC, lawn division manager for Blades of Green, based in Edgewater, Maryland, served in the Navy for a total of 20 years and 6 months, starting in September 1975. He says he was working as a service manager for a large company that had been consistently “rightsizing” for several years when a friend asked him if he would be interested in joining a fast-growing company with lots of opportunities and a great culture.

“I couldn’t pass that opportunity up,” Smalt says. “I applied and was hired, initially, as the pest division manager. After a year there I was given the opportunity to become the lawn division manager. During my entire career, I have always been either a member of, or leader of, a team of technicians. The same is true here at Blades of Green. We have an outstanding team of highly professional and dedicated technicians that work very hard as a team to take care of our clients.”

He says his favorite thing about working in the industry is being able to work with an excellent team of professional and dedicated people, not only at Blades of Green but throughout the lawn care industry.

“It is inspiring to me to be in an industry where you can see the results of the work that is being done and regularly hear from the clients about how pleased they are with the results of our efforts,” Smalt says.

James Espinoza, president of Patriot Rooter & Irrigation based in Pasco, Washington, was in the Marine Corps for six years and after his time in the military, he worked as a federal officer.

Before opening Patriot Rooter & Irrigation LLC with Francisca Garrison, Espinoza started Patriot Rooter Service. They operated strictly as a sewer and drain company for five years. They closed it down after having to run it 24/7. In 2014, Espinoza resurrected the business with Garrison and landed their first contract with the Department of Agriculture.

He says his favorite part about working in the industry is being able to work for himself.

How Their Military Background Helps

Smalt says his military training plays a part in how he handles his work as serving in the military calls for you to be innovative, flexible and capable of working in highly stressful environments to get the job done.

“The military teaches you to be responsible, resourceful, and decisive which ensures you can get your job done and the ship can complete the mission,” Smalt says. “The same holds true here at Blades of Green. We have a specific mission to accomplish. Everyone has a specific job to do and they do it well. They also take the time to learn how to perform additional services to be able to further help each client, and each other, in any way they can. That is how we complete our mission to provide our clients with excellent service and results every day.”

Fairley says his military background plays a big part in how he runs his business from being disciplined and on time to planning and having equipment and supplies always ready. He says once customers learn he is a veteran they respond very well.

Patriot Rooter & Irrigation pursues any and all federal contracts. Espinoza says that his veteran background and his security clearance he had to have as a federal officer have given him an understanding of how landscaping is integrated with properties for security purposes.

He says his training in the Marine Corps also helps him plan his schedule and communicate with his staff. He says he has instilled the values of the Marine Corps in his crews and has high expectations for them.

“We carry ourselves in a very professional matter because I love what the Marine Corps had done for me,” Espinoza says. “Being that we focus on federal government contracts, we are around professionals, so I expect my crews to stand tall and their uniforms are very sharp. They don’t look like the average uniform.”

Yonce says the leadership he received from the Air Force has helped with leading the company and working with the diversity of the company. He says that customers seek out their company as a service-disabled veteran-owned company and they provide military discounts to prior military families.

Yard Chief Yard Care maintains the two National Cemeteries grounds within Alaska on a year-round basis. The company not only performs all the burials for Alaskan veterans and their families but also receives, inspects and sets the headstones within the cemeteries.

“The most pride that I get as a veteran is to look over the fresh-cut lawn in the National Cemeteries with the perfect lines of white headstones and individual U.S. flags, particularly on Memorial Day, and know that our company accomplished this,” Yonce says.

Fairley says in five years he hopes he will be running multiple trucks and offering full-scale services as he’s been adding things slowly.

He says once he gets full scale, he’d love to hire more veterans. Currently, another veteran who Fairley deployed with in Iraq works with him.

Yard Chief Yard Care has grown steadily over the last ten years and Yonce foresees continuing the growth in the future. The company has a veteran preference for hiring, with four disabled veterans, two active duty and two veterans on staff. They also just hired their new operations manager straight out of the Army.

In five years, Espinoza sees his company growing and spreading throughout the Northwest. He would like to oversee as many federal contracts as they can for landscaping and grounds maintenance.

Espinoza says he pushes to hire other veterans and has encouraged one of his employees to consider enlisting as a reservist. He says he would hold the employee’s position for him while he is in boot camp.

“He’s definitely thinking about it,” Espinoza says. “He’s a good worker but he’s a young man, and I really want to see him strive and do good for himself. It’s hard to let good workers go but I know this is a young man he’s got his whole life ahead of him and I want the best for him.”

As for where Smalt sees himself in five years, he says he will continue working to support his nephew who is a Midshipman at the U.S. Naval Academy as they are his sponsor family and help Blades of Green grow.

“If everything is in order, I plan to retire after having a successful career in the military and in the lawn care and pest control industry,” Smalt says. 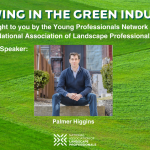 Putting in the Time and $$: A Commitment to Continuing Education with Palmer Higgins: Episode 42 of Growing in the Green Industry Podcast 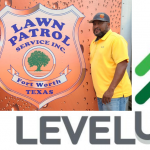 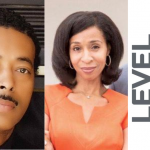 Level Up: Pro Cutters Lawnscapes Executes Everything with Excellence in Mind