Tree Care: To Cable or Not to Cable - The Edge from the National Association of Landscape Professionals

Home » Featured » Tree Care: To Cable or Not to Cable

Tree Care: To Cable or Not to Cable

If a client has a tree with cracks in the bark or weak branches due to codominant stems, cabling the tree can be a possible solution. Tree cabling can prevent the tree from failing and mitigate the risk of certain limbs falling.

“Cabling helps the limb move more in unison with the tree and reduces the torque on the weak attachment point,” says Scott Jamieson, vice president of Bartlett Tree Experts, based in Schaumburg, Illinois. “Cabling practices these days also work to actually support the limb at a balance point more mid-way on the limb as current research shows this is even more effective in mitigating some types of branch failures.”

Cabling can also be a useful alternative to preserve older trees when it would be aesthetically unpleasing to prune a structurally deficient section. David Golon, general manager and certified arborist for Wonderland Tree Care, based in Oyster Bay, New York, says they can also install cables proactively so if a branch fails, the cable catches the branch and it can be removed once the failure occurs.

“I think that there are too many companies out there that are eager to recommend a removal,” says Brad McBride, assistant district manager for The Davey Tree Expert Company, based in Kent, Ohio. “We run into customers all the time where they just want the price of removal because they’ve invited a few other tree companies out there that are just doing what they’re asked. They show up, they give a price for removal, they don’t even think twice. We like to respect the tree, understand the people’s goals for their property and understand their tolerance for risk.”

Cabling is not a frequent request from clients, so when you’re on site assessing the trees, take the time to identify trees that might benefit from cabling. Golon says it’s a great conversation to discuss how a cable works, what it looks like once it’s installed and how it might benefit their trees.

“It’s something that is pretty discreet, and unless you have a trained eye for it, you’re not really going to see it,” McBride says. “It’s not something that’s ugly up in the tree. It’s most of the cables are anywhere from three-sixteenths of an inch to three-eighths of an inch.”

There is a level of risk to all trees, so you need to discuss with the client what their priorities are. They need to understand the risks associated with cabling as it’s not a guarantee the tree will not still fail. Jamieson advises making sure the tree does not have other safety risks and it is important enough to the client to cable.

In some cases, branches may be too large or important to the overall structure of the tree so they cannot be removed.

“Often, arborists can reduce the weight on a larger branch to mitigate the risk of splitting in addition to adding a cable,” Jamieson says. “If the branch is important to the tree (or the client) we will look to cable and prune to lighten the load.”

When installing cables, take care to follow the industry standards and read the ANSI A300 Part 3 Supplemental Support Systems document produced by TCIA.

“Being very familiar with those industry standards gives you the ability to make good decisions and resolve a system so that it meets your outcome,” McBride says.“Once cabled, trees need to be re-evaluated and inspected each year,” Golon says. “Cabling is also not the solution in all scenarios; tree removals are still needed and advised in some occurrences.”

When to Prune or Remove the Tree

“If we can remove a weakly attached branch completely, that certainly eliminates the risk that the branch will fail in the future,” Jamieson says. “We can also use subordination pruning to slow down the rate of growth of a limb that maybe weakly attached or, even more importantly, is growing in such a way that will cause issues in the future. Subordination pruning reduces the tips back on a specific limb and prevents it from being dominant in the tree structure.”

Golon says in public parks with high traffic, they lean toward pruning. If the entire tree is in jeopardy of failing, removal should be considered. McBride adds that some trees are weaker wooded than others. For example, willows are more prone to breakage.

“Sometimes the defects are so significant, and then the tree is actually a process of failing further where the hardware may not be strong enough to hold it up or to correct that,” McBride says. “So those trees will be removed.”

If the tree is too weak, the defect is too large, or the target is too valuable, it’s better to remove the tree. 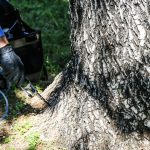 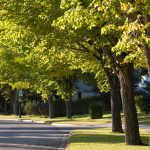 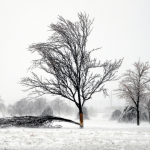