President Ryan Shrum started his company while putting himself through college at Penn State after the hardscaping company he had been working for went out of business.

“I was at a breaking point where I needed to find a job so what I did was I started doing hardscape projects after that company went out and started on my own,” Shrum says.

In 2013, Shrum was introduced to a national builder to handle their landscaping needs for erosion and sediment control and entered the commercial side of the business. He says he happened to meet a site supervisor who was having issues with their current landscaper not meeting their needs and asked him to come interview to see if R&S could provide the services they needed.

Shrum says getting connected with the home builders is what accelerated his company’s growth. By 2014-2015, R&S was no longer doing residential work. Some of the company’s main clients include national builders such as Toll Brothers, Lennar, Ryan Homes and Rockwell Custom Group.

“It’s a lot of networking,” Shrum says. “It legitimized our business to know that ‘Hey, these guys can handle the workload, and they know what they’re doing.’ Other builders saw us working on site, so they started reaching out to us.”

Working with the home builders, R&S handles everything from installing paver walkways, sod and street trees to managing erosion and sediment control. The company is also responsible for lawn maintenance in these communities as well.

“The margins are a little lower than what you would find on a residential project, but the volume of work that you’re given from these national builders and national clients is what really helped us grow as a company,” Shrum says.

Shrum says in his eyes commercial work is more stable than residential work.

“As long as your paperwork is in place, you’re pretty much golden, you get paid,” Shrum says. “We have two great office administrators, so as long as they keep up with their work and their paperwork is in order, we get paid.”

Growth and Plans for Future

R&S’s current annual revenue is $4.5 million, and the company’s goal is to reach $10 million in revenue. Shrum says they experienced 12 percent growth last year and are slotted to grow by 20 percent this year.

Last year, Shrum purchased a 14-acre parcel where the company’s new 20,000 sq. ft. office and garage facility will operate out of starting spring 2022. He says they plan to break ground on the facility around September or October of this year. Shrum has an extensive background in real estate and a lot of real estate ventures under his belt. This 14-acre parcel is a prime piece of real estate that is not only an investment for R&S but also for his subsidiary companies.

Currently, R&S is located on a 1.2-acre parcel owned by Shrum Investments. Shrum says they are maxed out in yard space and storage space.

“The unfortunate part with the landscaping industry is you spend a lot of time trying to organize yard space, equipment and tools,” Shrum says. “If you don’t have the space, it usually becomes very congested, and you really aren’t getting the maximization of what you have for time and efficiency.”

Shrum says their thought process is since they’re going to double in size in the next five years they should build a facility they will grow into over time.

Shrum also purchased a 74-acre nursery in 2016 under R&S Farms. Employees help plant the trees and maintain them throughout the year.

“I have over 10,000 shade and evergreen trees that we planted in 2017,” he says. “We will be digging and selling these trees for our projects this season and next. We will also sell some of the trees as well. Our plan is to continue to plant trees on the farm.”

As R&S has grown, Shrum recently decided it was time to join NALP.

“I just thought we’re getting to a point where we can’t continue to just shoot from the hip,” Shrum says. “We need to make sure that we have plans in place and that we can follow our plans so we’re not reacting. We’re acting before that happens. So, it just seemed from talking to a couple different people and reading online like it was the right thing to do to reach out and get joined up with NALP.”

Also, he says the hiring process for a landscaping company has become a lot more intricate and involved.

During peak season R&S has around 45 employees and Shrum says they don’t use the H-2B program. Like most companies, he says labor is a challenge.

“It’s a lot of overhead to take on,” Shrum says. “It’s a lot of planning and a lot of management as well. We’re selling these jobs, and we have to make sure that we have the management in place to be able to manage these jobs properly. So with that being said, as we’re selling this work before we’re even starting to work we’re hiring managers and account managers to make sure that when it comes time for these projects to start in spring, we already have the guys in place. They already know our systems that they can just roll with everything and they’re not getting hit with a ton of bricks in spring and just walking into a wildfire.”

R&S puts an emphasis on educational and safety training so that their employees are able to perform the services above and beyond their competitors. Shrum says his employees love working for the company and most of their new hires come from internal recruiting.

“It got to a point where towards the end of the season last year we actually had to turn some applicants away, just for the fact that we were fully staffed come fall,” Shrum says. “But it seems like our guys that work for us have been doing most of the recruiting for us.”

Shrum says he’s involved in basic day-to-day decisions like hiring, but he also likes to let his employees make decisions.

“What I say is, ‘Hey, you make the decision. As long as you can justify to me why you made that decision, I have no problem with it,’” he says. “I want our employees to be engaged in making decisions, and not totally relying on me. My thought process when creating this company was I want our company to work and flow as smooth as possible, if I was unable to be here for a week or two or a month that our company can still maintain with the guys we have in place if something would ever happen to me.”

Shrum says he’s relinquished a lot of power over the past two years to his operations guys to make decisions on their own. He says he enjoys doing what he does and coming to work every day. Shrum says he doesn’t plan on going anywhere and tells new hires he doesn’t plan to grow the company just to eventually sell it to a national company.

“I want to be around,” Shrum says. “I want to watch it grow. I want to watch my employees grow. I always tell every person that walks in the door that we hire there is no ceiling for the amount of money you can make within this company.”

Shrum says the last thing he wants to tell his employees is that they have no room to grow and can never make more than a certain amount. He says it’s all about how hard they want to work and how much effort they want to put into their job every day that determines how much they can make.

“I have some of the hardest-working, most efficient and loyal employees a company could ask for,” Shrum says. “One thing I will tell you is when we’ve been hiring other guys from other landscaping companies, and it’s kind of ironic because their interpretation of how long things take is about 30 percent higher than what our guys perform at. Guys coming from other landscaping companies are absolutely shocked by the efficiency that our employees get done throughout a day or a week.”

Shrum says their efficiency is a mixture of having good processes in place and hiring hard-working employees. He also says his crews are naturally competitive with each other.

“They take pride in their work,” Shrum says. “They don’t want to be the guys coming back and saying, ‘Hey, I was the least productive,’ or ‘Hey, I had the most callbacks today because our quality was horrible.’”

He says if employees see someone doing something that isn’t right or not up to their standard, they take it very personally because they associate the company with their name.

“We pay way above industry standards, and I’m a big believer in you get what you pay for,” Shrum says. 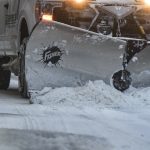 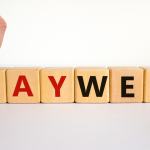 Business Smarts: Should You Have a 4-Day Workweek? 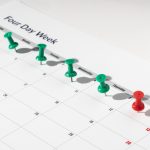 Business Smarts: The Pros and Cons of a 4-Day Workweek