Sarah Showers grew up in the industry working at her dad’s garden center but for a time she tried to pursue another field.

She originally went to college for physical therapy but then changed her major to rehab and human services while she was at Penn State University. After graduating, she worked a couple different jobs in the field, but she didn’t like it.

“I wanted to be my own boss,” Showers says. “I wasn’t happy. I grew up around plants and landscaping, so I ended up going back to my dad’s garden center and working for him again.”

After marrying and moving to Danville, Pennsylvania, Showers didn’t want to drive 45 minutes to work and decided to start her own company, Sweet Magnolia Landscaping.

“I thought, ‘Why don’t I just do landscaping?’” Showers says. “It’s something I love. I can work for myself. I can schedule my own schedule and I can make new friends and meet new customers and grow my passion, so that’s what I ended up doing.”

Showers considered opening her own garden center for a time, but they require even more work. She says she really enjoyed doing landscaping with her dad when they would do some odd jobs and that’s why she decided to branch out.

“Having your own business takes a lot of extra time, not just the time that you’re open,” Showers says. “I also wanted to be able to have a family.”

Showers launched her business in 2019 and started out strong. While she and her husband were ready to have a baby, they had decided to wait. However, she got pregnant and had her baby in June 2020.

“I was still doing some mulching and stuff while I was pregnant,” Showers says.

After having her son, Showers took some time off and then worked at her dad’s garden center for a bit. Showers says is ready to return to her business this spring.

As for how she’ll balance running a business and raising her son, Showers says she’s planning to wing it.

“This is my first child I’ve ever had,” Showers says. “I’ve never had a baby and a business at the same time. Usually, the mom is the one who stays home, and the guy goes back to work. We haven’t really figured it out yet, but we’re both really supportive of each other so we’re definitely going to help each other out. So, I don’t think we’ll have any obstacles with me going back to work and doing what I need to do to make our business grow.”

Currently, it’s just Showers working at the company. She says it’s her biggest challenge being the only one working on jobs, but she hopes to hire some employees next year.

“Having one extra person or two extra people would definitely help,” Showers says.

Showers has had customers call her after one of their trees has died and she will find the previous contractor left a cage on the root ball. She encourages her clients to ask their contractors why they’re doing something or ask to see their certifications.

“I really try to educate my customers on what I’m doing and why I’m doing it,” Showers says.

Showers says her favorite aspect of being in the landscape industry is getting to know her clients she’s working for and going above and beyond for them.

“I feel better when I can help my customers to the best that I can because I know a little bit more about them or I know why they need something done,” Showers says. “I really do feel bad for people when they call me to fix a problem that someone else did. So, I really enjoy getting to know my customers, and giving them a finished product that they fall in love with.”

She says sometimes she’ll pull up and the clients will be surprised and say, ‘Oh my god you’re such a tiny little girl!’ but no one has not wanted to work with her because she’s a woman.

Showers says considers her dad as a mentor for her in the industry. She says she also turns to another landscaper she’s known for a few years for advice and will work with him on jobs to learn best practices. She says he is the one who encouraged her to join NALP.

Showers joined the Women in Landscape Network and Young Professionals Network as well.

“I’m learning a lot and I like to be able to talk to other people and get feedback and it’s cool to know that other people are doing the same thing that you’re doing,” Showers says. “You can see viewpoints from everyone so it’s neat, I really enjoy it.”

In five years, Showers hopes to be doing lawn maintenance and snow plowing as well and have at least three or four crews.

Currently, Sweet Magnolia only has social media profiles. Showers says she doesn’t know if she’ll ever get a website for her business.

“Facebook is awesome and social media in general because people can share your stuff and comment on things,” Showers says. “You can interact with people and you get more feedback.”

Showers says she wants her business to come across as professional and personal.

“I want my customers to think they can call me at any time,” Showers says. “I think that helps build a customer rapport and I really do think word of mouth is the best advertisement you can get. So, I think the more personal that I am, the better.” 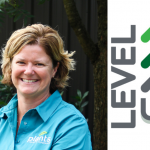 Level Up: Plants Creative Landscapes Focuses on Their Purpose 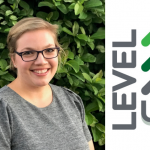 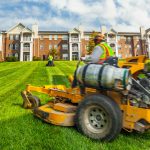