Level Up: Surrounds Landscaping's Strong Branding Aids Their Growth - The Edge from the National Association of Landscape Professionals

Barry Schneider didn’t plan on owning his own landscaping company starting out. He fell in love with the landscape industry after watching a design/build firm transform his parents’ backyard as a teenager.

He says it was only when the company he was working for had recently been bought and was discussing cutting the advertising budget that he felt the writing was on the wall.

“In residential design/build, advertising is very important to get leads,” Schneider says.

He had joked with his boss asking why doesn’t he just shut down the residential department entirely. His boss told him he was considering it but Schneider would be out of a job.

“I told him I might be ok with that and to give me a minute,” Schneider says. “I went down the hall to Howard (Cohen)’s office and explained to him that I thought we had an opportunity to break away and start our own company if he was interested. The next day we were in my basement planning our new company.”

Schneider says he hired Cohen because his designs are extremely artful and fun to look at.

“It’s easy to imagine being in the space and how it would feel. I knew his designs would be fun to build,” he says.

It was in 2002 with 25 years of experience Schneider set out with Cohen to launch Surrounds Landscaping, based in Sterling, Virginia. Since then, the company has grown to $10 million in annual revenue.

Surrounds Landscaping’s main customer base are individuals who appreciate the finer things in life.

“While it might sound cliche, our customers understand that ‘you get what you pay for,’” Schneider says. “They also have very high expectations in terms of our performance during the construction process. It is our goal that their entire experience with us will result in raving fans.”

Currently, everything the company provides is popular as homeowners want to be outside and enjoy elements such as pools, porches, patios, fireplaces and outdoor kitchens.

Schneider says their biggest challenge as a company has come about over the past two years during the pandemic. This is because while they have plenty of design/build work, they’ve struggled to get subcontractor tasks completed on time.

“These subs are swamped with too much work and supply chain issues,” he says. “Their issues become our issues, which can make scheduling and finishing projects on time challenging. We are working diligently on our scheduling and communication, which has improved this process.”

Over the company’s time in business, they’ve had several periods of rapid growth. The first was three to four years after just Cohen started designing and selling for Surrounds Landscaping. They added Chad Talton, a landscape architect, and Schneider says his abilities doubled what they were doing.

Initially, they only focused on design/build work and didn’t offer maintenance services. Schneider says he would have done things differently starting out, as their Garden Management department is vital to their success now. It was in their 10th year that they ended up adding that department.

“It was definitely slow to get rolling but after we had the team in place and a couple of years under our belt it really took off growing 25-30 percent annually for three or four years in a row,” Schneider says. “I much prefer steady growth.”

Surrounds Landscaping has also made lighting and audio systems part of their normal proposal package when five years ago it was an option. He says it’s all part of creating a resort-style backyard for their clients.

“A job without lighting is missing a very important part of looking out the window at night and seeing your beautiful landscape,” Schneider says.

“I don’t believe we would ever say there is an ideal size,” Schneider says. “To provide opportunity for our team, controlled growth will always be a part of our strategy. To me, the ideal size is when you are in balance with sales and production, not too much or too little of either. When you’re in balance you’re making a lot of money.”

Schneider credits the company’s success to a number of things, including his team, client referrals, and their location.

“We have been very fortunate to be able to hire talented people because of the work we do and the reputation we have,” Schneider says. “The Surrounds team loves working on the projects we sell; both in design/build and garden management.”

One of the company’s core values is The Client Experience and Schneider says their dedication to client happiness no matter the costs has paid off with numerous referrals.

“When people talk at parties, I think with name recognition it makes it easier for someone to be comfortable to call us,” Schneider says.

While the company receives a lot of word of mouth, Surrounds Landscaping has also been focused on their brand and marketing.

“The use of professional photography, winning awards, clean trucks, a uniformed team all contribute to our growth,” he says.

Schneider says that being in the Washington Metro area has provided them all the growth opportunities they could want. He also credits his participation with NALP as he has met numerous individuals who helped him shape his business.

“We got to know Judd Griggs (Trailblazer) who while working for Lamberts Landscape invited us to visit Dallas to see how they handled their high-end residential business,” he says. “I’ve made lifelong friends at the Breakfast of Champions. Our membership has been invaluable.”

Schneider notes that it doesn’t matter how many years of experience you have in various landscaping roles, being the owner of your own company is a totally different experience.

He says he’s taken advantage of tools like NALP’s certification program, the 2021 Financial Benchmark Study and has entered the Awards of Excellence over the years.

Schneider also credits the book Traction by Gino Wickman, which he learned about in a Jeffrey Scott peer group. He says since then they have been following the EOS process for the past four years

Surrounds Landscaping currently employs 55 to 60 workers during the growing season. Schneider says in the past they utilized the H-2B program and loved their workers. However, after not winning the lottery for a few years, they gave up.

“This was a huge blow and disappointment,” he says. “When you have the same well-trained workers that you consider part of your family return every season and then you don’t, it’s tough.”

As for how they recruit their employees, Schneider says they have had great success at the National Collegiate Landscape Competition, where they’ve hired many interns and graduates. He says they also use a bonus referral program for new hires.

He says the key to retaining employees is starting with a strong onboarding program so the new employee can be comfortable.

“Generally speaking, we are a very family-oriented company with a focus on a good work-life balance,” Schneider says.

Surrounds Landscaping also has an accountability chart that shows the structure of the company and the roles so individuals can see where they are in the organization and how they can move up.

As the company has grown, Schneider says maintaining their culture has not been easy, but it is at the forefront of their minds. He says due to the pandemic, the majority of their sales team is still working remotely, which has exacerbated the challenge.

“Prior to the pandemic we had quarterly State of the Company meetings where the entire team would interact and have some fun and then the Leadership Team would present ‘where we’ve been, where we are, and where we’re going,’” he says. “This ensured everyone was aware of what our profit and loss statement looked like, what goals we’ve accomplished and what goals we’ve set going forward.”

Schneider says they are eager to get back to this important meeting in 2022.

“Along with this open-book culture we are definitely getting back to afternoon grilling in the parking lot and other activities,” he says. “For example, company picnics for the families and a big holiday party have all been a part of having fun while working.” 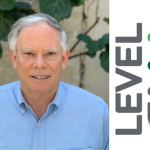 Level Up: The Greathouse Company Grows Despite Having to Start Over 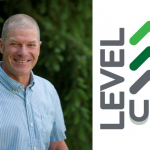