Level Up: Stay Green, Inc. Looks to Double In Size - The Edge from the National Association of Landscape Professionals

Level Up: Stay Green, Inc. Looks to Double In Size

Right before Christmas in 1969, Richard Angelo was laid off from his nursery job. Operating out of his garage, he started Stay Green, Inc., based in Santa Clarita, California, in 1970, serving residential clients. Now his son, Chris Angelo, is the CEO of the company.

“My dad was very good at partnering with me and mentoring me, couching me up to allow me to take over the business,” Angelo says. “When I got involved in our business, we were still doing residential and commercial. We were still very small in our infancy. We were under $3 million.”

Angelo says there was a lot of opportunity to improve their systems and processes when he joined in 1999 full-time. When he got involved, they began focusing on their commercial clients. Angelo says they sold off most of their residential routes by 2002. Now Stay Green serves all commercial clients, including homeowner associations, municipalities, retail centers, amusement parks, resorts, cemeteries, sports complexes, schools and hospitals. Their most popular service is their landscape maintenance.

“We’re very diversified, none of our client base is over thirty percent,” he says.

In the mid-2000s, Stay Green had 30 percent growth year over year for five years in a row. Angelo says this was a painful time as they couldn’t find enough people to work with them.

He says they are always shooting for double-digit growth rates between 10 and 15 percent now. This year due to inflationary pricing, they’ve experienced a check on the market so they’re growing around five to seven percent right now.

The company has 13 branch locations in California and Angelo says he likes for these branches to be anywhere from $5 to $10 million by location. Angelo says often their clients are the reason for their different branch locations, but acquisitions are also an option.

“It would be through an acquisition of a market that we’re passionate about, that we know people in already, and we find a similar type company that would be operating around the branch size that we would want to open up, and then we would talk to them about partnering with us,” Angelo says.

Stay Green has made four acquisitions for routes and last year, they acquired Emerald Landscape Services Inc., which has a customer base of Class A office facilities, industrial, HOA, hospitality, retail and municipalities.

Right now, Stay Green is just under $40 million in annual revenue and they’ve been working on efficiencies for their gross margin due to significant wage inflation over the past two years.

“That’s something that myself and I know other contractors are working on to make sure we don’t have significant margin erosion,” he says.

With talk of the recession, Angelo doesn’t expect to lose a lot of clients, but he does predict their enhancement work will soften. The company has a strong customer retention rate of 95 percent, but Angelo says if you can retain that percentage over the next two years, you might not be charging enough.

“We’re certainly pushing our pricing up and we’re going to rock that KPI for sure, so I would not be disappointed if we had a reduction in that when we’re going to battle for price increases,” Angelo says.

Stay Green has removed some of the services they previously offered, such as parking lot sweeping, pressure washing and interior plantscaping, as these did not fit well with their operations.

Angelo says the company has been able to grow through their people, relationships and trust.

“Without having a team that’s energetic, that believes in the cause and the mission, you can’t get the work done for your client,” Angelo says.

He says their relationships allow them to have candid conversations with their clients before they get to a point where the relationship would end. While it’s easy to terminate a vendor, it’s harder to fire a friend. Angelo says they cultivate trust by doing what they say.

“As long as you’re doing that, you’re showing up and your actions model your words, it really helps you grow,” Angelo says. “There are a lot of people or organizations out there that can say and market themselves well, but if you can’t back it up through actions, your runway is a lot shorter, so you’re not as successful.”

Angelo says NALP has been a great resource for the training and development of individuals. They participate in the certification program and use some of the budgeting tools.

“It’s got a great network of peers, and so you’re able to participate in an annual event or a regional event and feel that you’re not sharing trade secrets with a direct competitor because it’s so geographically large,” Angelo says. “The green industry is just full of really good people and that’s why I stay active in NALP.”

Stay Green has a staff size of around 500 full-time employees.

Angleo says finding workers is extremely difficult for them. When it comes to finding hourly workers, they participate in community job fairs,  they provide their employees with swag they can wear in their free time to draw attention to the brand and they have a referral program for employees who bring in a friend.

Once they hire their employees, Angelo says they have a few different engagement programs they’re intentional about, like hosting monthly barbecues to celebrate milestones with their team. They also have a program called ‘Gotcha’ where they catch someone doing something intentionally right for the client. These employees are then rewarded with ‘gotcha bucks’ that they can accumulate and redeem prizes at different dollar amounts.

Another employee engagement effort is their annual Halloween drawing contests, where team members’ children are encouraged to submit a drawing. The winners are divided by age categories and first place receives a $50 gift card and second place receives a $25 gift card.

As the company has grown across multiple locations, Angelo says keeping the culture intact has been one of the biggest challenges.

“At a single location, the owner is the culture of the business and the heartbeat of the business, but if you’re not there all the time, it will morph into something else, whoever is the most influential at that location,” Angelo says. “It’s really about having alignment amongst your management team where you’re all singing from the same sheet of music.” 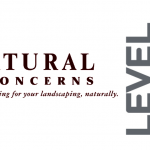 Level Up: Natural Concerns, Inc. Focuses on Growing Their People, Not Their Revenue 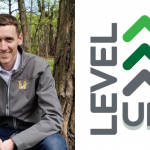 Level Up: Mangold Horticulture Is Powered by Passionate People 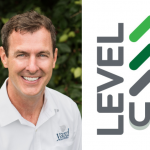