Level Up: Piscataqua Landscaping & Tree Service Eyes Opportunities with Acquisitions - The Edge from the National Association of Landscape Professionals

Based in Eliot, Maine, Piscataqua Landscaping & Tree Service has been in business for 42 years. The company takes pride in their ability to execute with quality in mind.

Founded by Booth Hemingway, he started the company with a lawnmower, pickup truck and rented a space in an old shed. Piscataqua’s current president, Justin Gamester, got into the landscape industry like many with a lawn mowing business when he was in junior high. He went to college to study business administration and minored in political science.

“When I was in the process of graduating, I was looking at all of these jobs and I couldn’t see myself in a cubicle or sitting at a desk all day or going to the office or commuting,” Gamester says.

Hemingway, who was a family friend, called looking for someone to help with business development and marketing. Gamester had worked for Piscataqua in college during the summers and joined full-time in 2003.

Chenmark is a team of small businesses that works with retiring owners and current entrepreneurs to provide liquidity, preserve legacies, and position companies for long-term success.

“We’re a long-standing company, so a lot of work has been put in over the years to get us where we are reputation-wise and referral-wise,” Gamester says. “What we’ve been able to work on together is some better planning and some better ways to look at purchasing equipment, and just different financial scenarios. There’s a lot of business acumen that Chenmark provides that we can work on together to really continue to strengthen our model financially.”

Piscataqua is currently at the $15 to $20 million range.

Gamester credits the company’s success over the years to his team, both on the management and ground level, the culture and commitment to quality. He says they have a very open team atmosphere and work to foster camaraderie.

For their company culture, Gamester says he works hard to make it a place where people want to come to work. This focus has paid off with a strong retention rate, with employees who have been with the company for 12 to 15 years.

“We try and take good care of people,” Gamester says. “We try and care about folks. We help them out when they’re in need. We put them in good equipment. We keep the place full of work here.”

He says they encourage staff to be involved with their kids’ sports and the community. Gamester does admit that with the workforce changing, it’s been harder to connect with the newer workers.

“There are different types of people entering the workforce now, so you have to read them differently,” Gamester says. “It’s not always about money. It’s a mix of things.”

Gamester says their commitment to quality over the years has built their reputation to where it is today.

“If you start to finish do a nice job for somebody on budget and the execution’s there, those people help you sell,” Gamester says. “A combination of 40 plus years in the business, plus the belief that quality and execution are important to people, when they have those great Piscataqua experiences, they tell their friends.”

Gamester says another tool that has helped over the years is networking with people through NALP.

“When you belong to places like NALP, the networking and the people you meet, when you can pick up the phone and talk to people that are in your position in your industry in your size range is huge,” Gamester says. “NALP is the qualifier that allows you to make those calls.”

“We have always offered a big suite of services because people want turnkey,” Gamester says.

Landscape maintenance is their most popular service. It’s their biggest division and what they get the most calls for. Gamester says that trickles down to their tree care, plant health care, irrigation, and lighting divisions.

Over the past five years, Piscataqua has begun acquiring similar businesses. They are often looking at businesses with a similar customer base, quality level and geography.

“The advantage is I can acquire those opportunities that fit into my geography and have the people come and then I can go to the customers and say, ‘We’re a one-stop shop. You don’t have to worry about other people on the job. We can actually do all that work for you,’” Gamester says.

Gamester says when the opportunity knocks, he’ll listen but he also has to ask if they can do it. He never wants to acquire growth without people as their execution, quality and timeliness will suffer.

“If we can’t execute on quality, then I’m not so concerned about the overall size as much as I am about profitability and quality,” Gamester says.

“I’m not going to pressure people,” Gamester says. “I want people to come to work here because they want to. But I will say in the past three acquisitions that we’ve done, we’ve had a very good success rate bringing the people over and that’s because we go talk to them.”

He says they sit down and talk to the employees individually to see what they want to do, what opportunities are available and how they’ll be compensated. He says they try to give them good advice, so they’ll see that Piscataqua truly cares about them.

Gamester says a few years ago asking what their ideal company size is was an easier question. But now finding people has caused the company to grow carefully.

He says he’d love to grow more if they were fully staffed, but that isn’t the case right now. In the peak season, Piscataqua currently employs 125 people, including H-2B workers.

The company has been using the H-2B program for the past 12 years and hasn’t received their workers three separate times, including last year due to travel restrictions.

“We love them,” Gamester says. “These guys are family to us. 95 percent are returning workers each year.”

Gamester says they’ve tried a little bit of everything when it comes to recruiting. He says they’ve even rented highway billboards facing heavy traffic without much success. It’s particularly challenging now that they’re having to compete against restaurants, hotels and resorts as well.

Despite all this, Gamester considers himself blessed to be in the industry right now.

“I would say to anyone in the industry that’s pulling their hair out a little bit here and there, you could be twiddling your thumbs instead,” Gamester says. “We’re just in a really lucky spot.” 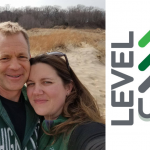 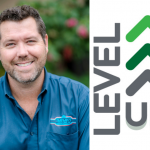 Level Up: Nanak’s Landscaping Continues to Grow Despite Adversity Over the Years 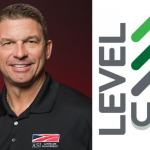