Level Up: Mullin Focuses on Providing the Best Experience for People - The Edge from the National Association of Landscape Professionals

Home » Featured » Level Up: Mullin Focuses on Providing the Best Experience for People

Level Up: Mullin Focuses on Providing the Best Experience for People

Chase Mullin grew up working in the construction industry and has done everything from flooring to painting.

“I always enjoyed the process of construction,” Mullin says. “I enjoyed hard work, but nothing ever really clicked with me as being suitable for a career until a family friend got her landscape architecture license right around Hurricane Katrina and I helped her do some install jobs that she had designed. Almost immediately I realized I loved the instant gratification you’re able to achieve with a garden.”

He decided he wanted a career in landscaping because it combined the process of construction with something that is artistic and beautiful. Mullin says he likes the dynamic nature of plants and the fact they grow and change.

Mullin ended up working for a small landscape contractor and did small jobs on his own over the weekends. A few months later, he had 12+ weekends of work lined up as well as a friend working for him full-time. Mullin approached his boss about needing to do the side jobs during the week.

“He smiled and said, ‘I knew this day was coming,’” Mullin says.

While Mullin fell into the landscape industry, his business has thrived and grown over the years. They finished 2021 at $18 million in revenue. He says while they don’t have an ideal company size, they do have a lot of growth ahead of them.

“I know that as much success as we’ve found in the Greater New Orleans area, we’re excited to continue to bring the same special recipe across the Gulf Coast,” Mullin says.

He says the desire to grow came early on when he had an employee leave to go to the hospital to watch his wife deliver their child.

“It literally hit me as a 23-year-old, not only was I making ends meet, I was helping men like him support their families,” Mullin says. “If I can do this for him, if I choose to scale this business I can do this for more people and give them, both the customer and team member, a better experience than they would have elsewhere.”

Mullin, based in St. Rose, Louisiana, serves both residential and commercial clients. Their ideal clients are those who appreciate landscaping and see value in their professionalism.

The company’s foundation was initially built with medium to high-end residential design/build work. Mullin says while design/build is no longer their largest revenue source, post-COVID the service has taken off. They’ve also grown their commercial division substantially with the biggest growth coming from commercial maintenance and construction.

As the business has grown, Mullin says their biggest challenge has been creating processes and innovating their existing processes to accommodate for growth. He says as a member of NALP and participating in peer groups he has been able to glean information from larger, well-run companies and understand how they operate.

“I think any young or old landscape professional would be crazy to a) not be a member but particularly b) not utilize that membership,” Mullin says.

He says their main keys to success have been having a clear vision and staying true to their North Star. While it may sound simple, treating customers and employees the way they want to be treated has been critical. Mullin works hard to give people, both clients and staff, the best experience they can.

That mindset to provide the best experience possible is a major aspect of Mullin’s company culture. He says they work hard to make sure their staff knows they care about them and they have a career at Mullin.

“A big part of it is hiring people who have the same beliefs that I have, and ultimately the same core values and empowering them to spread their beliefs down to the people underneath them,” Mullin says.

He says it’s so important to have the right people on their senior management team so they can spread the same feeling Mullin had when he started the business. They have received the Top Workplaces awards from the Times-Picayune and CityBusiness publications from 2017 to 2021, which Mullin credits to their people.

“Aside from being surrounded by an incredible group of people here, that intentional culture where everybody here knows culture’s important,” Mullin says. “Everybody here knows that what we’re doing is special and everybody here wants to be a part of that. They all make an unconscious effort to make work fun and they work hard.”

Part of the way they provide something better for their employees is their focus on safety. They conduct morning safety huddles, routinely review their on-site injury data and near-miss reports and conduct intensive safety training. New employees undergo drug screening and while Mullin says it makes hiring even harder, it is worth it. He says their commitment to safety has to be intentional, just like their focus on culture.

Currently, they have around 150 employees in the off-season and during the peak season, they can have 180 on staff.

The company has been using the H-2B program for roughly six years. They haven’t gotten their H-2B workers in the past and Mullin says they tried very hard to recruit locally to make up for it. He says he appreciates the lobbying NALP does for the program. 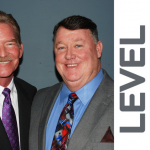 Level Up: It’s All About Relationships for Balanced Environments Inc. 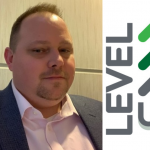 Level Up: Brilar Has Their Sights Set on Big Growth 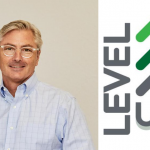