Level Up: Burns Landscape & Snow Management Hones Their Focus - The Edge from the National Association of Landscape Professionals

Burns Landscape & Snow Management, based in Wilmington, Massachusetts, has experienced significant growth over the past two years. They are currently on track to do $7 million in annual revenue this year but anticipate finishing with $10 million.

Kevin Burns started the company in 2006, after working for his uncle and other friends in the landscape industry. He started with one employee, a few tools and a dump truck that they still have today.

“He is so passionate about everything he does, and he knew that if he started his own business, he would be able to take it to the next level – one that most were hesitant to do,” says Jillian Burns, wife, vice president, co-owner of Burns Landscape & Snow Management.

While the majority of their customers are commercial, they still have 10 percent residential business. Burns says they are phasing out their residential maintenance services.

“When you look at numbers and the data, they tell a story that takes the emotion out of it,” she says. “Because when you’ve done something for a long time there’s an emotional attachment to those clients and to the work and to how we’ve done it before and to our past thinking. But when we’re looking to our future the data and the numbers don’t lie.”

Kevin asked his wife to join him at the company for years. Burns says that while she would always offer her insight on the business since she had a background in business management, she always gave him a hard no.

“It was not until I found that our bookkeeper had been dipping into our accounts that I decided we needed to join forces,” she says. “We were pregnant with our second child at the time. It was an unfortunate situation but one that really opened our eyes and to be honest we would not be where we are today if it did not happen. We struggled for a long time and still do. But we learned so much from it.”

They discovered the embezzlement when they dove deep into their books and found a significant amount had been taken. Burns says they learned they needed to look upstream, ask better questions and build better systems to prevent this from happening in the future.

“This could have been a knockout punch for other companies and understandably so,” she says. “It was challenging and hard but gave us the opportunity to look at why it happened and allowed us to move forward.”

Burns officially joined her husband in 2015. She says she works well with her husband as they share the same vision and will do anything it takes to get there.

“I have been able to focus on systems and continue to transform our business because of data,” she says. “We went from white lined paper to a CRM that has taken us to the next level.”

Burns credits the company’s growth to their team, their systems and their partnerships. She says that networking with NALP members has been wonderful, and they look forward to attending more events in the future.

They currently have 60 employees on staff. Burns says their team loves what they do and are frequently bringing their friends to join the company as well.

“We appreciate our team members,” Burns says. “We have many events to celebrate their hard work and dedication.”

The company prioritizes their team by getting the right people on the bus in the right seats. 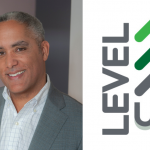 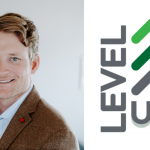