Level Up: Aridscape Utah Is Growing With a Set Goal in Mind - The Edge from the National Association of Landscape Professionals

Home » Featured » Level Up: Aridscape Utah Is Growing With a Set Goal in Mind

Level Up: Aridscape Utah Is Growing With a Set Goal in Mind

He first got into the landscape industry when he started a landscape maintenance company to keep his two ski shop employees working when they had little to no snow one winter in Scottsdale, Arizona. He says they built a base of clients pretty fast, and after three years the ski shop was finally cash flow positive, so he sold the landscape company.

“However, I was very new to the industry and was not highly successful until I worked for other companies and learned their best practices and how to manage the finances of the company,” Schaul says.

While living in Sun Valley, Idaho, Schaul took a position at a high-end residential install company where he learned technical irrigation practices, pond building and wells to support the ponds. He says the owner made a lifetime impression on him.

After moving back to Scottsdale, he joined a design/build company and spent seven years there where he took on the daily management of the company, as well as creating the custom designs and proposals for builders and homeowners.

Schaul was offered a position with a larger company in Orlando, Florida, where he managed the construction division and had branch offices in Tampa and Boca Raton.

“This company taught me a lot about doing commercial takeoffs in order to create very detailed proposals,” Schaul says. “It was tumultuous times as the company underwent two mergers of which the second one was poorly managed and started having financial problems almost immediately.”

A year later Schaul returned to Arizona to start Aridscape Concepts. After two years of business, they went from 30 employees to 200 in a matter of 90 days.

“It was a whirlwind experience and the company was highly successful with three locations, one in Prescott, Arizona and one in Park City, Utah, and the corporate headquarters in Phoenix,” Schaul says. “We built a contractor-specific facility in 2007 and reached $12 million in revenue. The company was sold in 2011 so that I could make a move to Salt Lake City.”

It wasn’t until 2014 that Schaul started his current business, Aridscape Utah. This company has 20 to 25 employees during the peak season and has a $3 million budget.

Aridscape Utah is a smaller design-build-maintain firm that services the Salt Lake City and Park City areas. Schaul says their main customer base is high-end residential homeowners and 75 percent of their work comes from a select group of general contractors that build high-end luxury homes. Aridscape Utah applies the principles of xeriscaping in their design, installation and maintenance process. Schaul says they have been doing this before the term even existed.

“The seven principles of xeriscape came along as drip irrigation started to become the standard in dry climates,” Schaul says. “No matter what kind of project you are doing or where it is located, xeriscape principles can be applied with success.”

Schaul credits the current company’s success to strong communication, on-time performance and educating clients. The company is also committed to continuing their own education.

“I continue to participate in multiple association activities and learning sessions,” Schaul says. “When there are subjects that experience technological changes I will go to the educational seminars, and read articles on the subject.”

He says events like NALP’s Leaders Forum, the career fair at NCLC and the annual expo, ELEVATE, have helped as well.

“Growth typically requires change,” Schaul says. “I find that talking with other companies that are in the same space as we are that I can learn best practices on a lot of different subjects. In return, I try to give back with what has worked for us and what hasn’t.”

Schaul says their biggest challenge has been finding laborers over the last three to four years as there are not enough skilled workers for the amount of work available.

He says their best field crew employees come from internal referrals. They use several job boards for recruiting field managers and administrative people.

Schaul says their retention is strong with their field management and admin positions.

“We offer good benefits and training in an effort to keep good people,” Schaul says. “Teambuilding is critical and we do this daily. Building crews and moving people from one crew to the next until there is a strong fit within the ‘crew’s culture.’”

Aridscape Utah has also kept their service offerings the same over the years. Schaul says they value the down season so their team can recharge and be ready to go in the spring.

As the company grows, Schaul says it’s a challenge to keep all the balls in the air when it comes to maintaining their company culture.

“We play to our culture every day,” he says. “It may be small gestures of kindness with each other or a ‘thank you’ for a day well done. These little things are easy to do and it is actually appreciated by our team members.”

Schaul’s goal is to grow Aridscape Utah to $5 million in annual revenue and keep it there.

“This is a revenue size that does not require a bigger administrative and field management personnel load,” he says. “With strong gross margins and strong net profit, a company owner should be able to pull $200k-$350k in cash out of the company and still have good cash reserves in the operating account.”

He says $6 million companies begin to reach a ‘no man’s land’ financially where they are too small to have purchasing power but need significant personnel additions to deal with HR, field management and more. Schaul says he experienced this in the past with his previous company. Once they hit $10 million things balanced out and their profitability increased before they hit the next hump.

He says when company revenues are between $12 million and $25 million there is the same issue of purchasing power and a heavy admin load reducing the profitability of increased revenues.

“At my age, nearly 60, it is time to make certain that we can retire and live a reasonable lifestyle and not burden our daughter with end of life costs,” Schaul says. 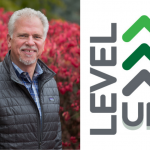 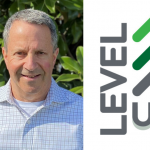