Lawn Care Corner: Why Knowing Your Soil pH Is Important - The Edge from the National Association of Landscape Professionals

Lawn Care Corner: Why Knowing Your Soil pH Is Important

When it comes to managing your customers’ soil fertility, knowing soil pH values is critical.

“By definition, soil pH is a measure of the soil Hydrogen ion (H+) content in the soil solution,” says Ben Hamza, Ph.D., product development associate director with FMC Professional Solutions. “This measure falls on a scale from 0 to 14, reflecting soil acidity or alkalinity, with 7 being a neutral pH depicting a balance between H+ and OH- ions.”

In the case of slightly acidic to slightly alkaline soils (6.5-7.5) minerals like nitrogen, phosphorus, potassium, magnesium, sulfur, and calcium are more available. Meanwhile, highly alkaline soils (pH values above 8.0) have severely limited minerals such as iron and manganese.

“When soil pH levels are too acidic or highly alkaline, the nutrient availability to root uptake could be greatly impacted,” Hamza says. “In some cases, LCOs may notice deficiency symptoms that start showing up over time when the lawns do not respond to fertilization. For example, highly alkaline soils may show signs of phosphorus deficiency, (leaf tips turning purple, lack of growth, and in some cases poor color). The reason for this is high alkalinity makes the phosphorus unavailable to the roots.”

Why Should I Soil Test?

While a general soil pH can be known for a certain geographic area, it can vary if the soil has been disturbed for subdivision development or construction. Soil testing also lets you know the phosphorous and potassium levels in the soil as well.

Hamza says only a soil test can definitively confirm if a soil is acidic or basic (alkaline). Without a soil test, one can only assume based on the geography of the area.

“As soils are formed and evolve over time from the parent materials (rock formation), they are subject to various factors that include climate and topography and in the end result in a soil that has physical, chemical, and biological properties reflecting its origins and the factors that influenced its formation,” Hamza says.

He says LCOs cannot take any specific remedies or actions without a confirmed soil analysis for pH value.

How Often Should I Soil Test?

As for how often LCOs should conduct soil tests, Hamza says it depends on what they are testing for specifically.

“For a pH reading, once every few years would be sufficient,” Hamza says. “However, if the soil is deficient in a given nutrient, completing a soil test once or twice a year may be necessary to evaluate the results of any fertilizer applications or remedy actions.”

Lime and sulfur are most commonly used to amend a soil’s pH. Lime can raise the pH in highly acidic soils while sulfur is used to lower soil pH. The goal is to reach a soil pH value of 7.

Most soil testing laboratories will provide recommended rates for soil amendments. Hamza says for the best results it’s recommended to check with the laboratory when the recommended amounts are too large for a single application. It’s often suggested to split the applications between spring and fall.

“LCOs have to be cautious about applications of elemental sulfur both in terms of application rates and soil moisture and temperature,” he says. “The reason for the precaution is when elemental sulfur undergoes a biological transformation in the soil to go from sulfur to sulfates, sulfuric acid may form in the soil and cause root injury and lead to excessive acidity.”

Some LCOs opt to use gypsum (calcium sulfate) but it has a lower influence on soil pH than elemental sulfur. The biological conversion of sulfur plays a bigger role in the acidification of soils than gypsum.

Hamza says it usually takes several months for amendments like lime and sulfur to impact the soil pH.

“This is due to fact that the soil has a buffering capacity that allows for the adjustments not to happen quickly,” he says. “These processes are influenced by several complex factors in the soil related to the soil nature and composition.”

Created in partnership with the experts at FMC True Champions 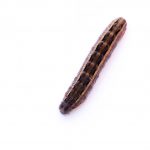 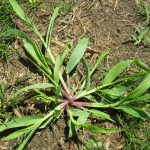 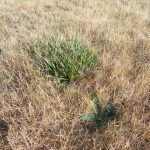