Landscape, Lawn Care Pros Giving Back - The Edge from the National Association of Landscape Professionals 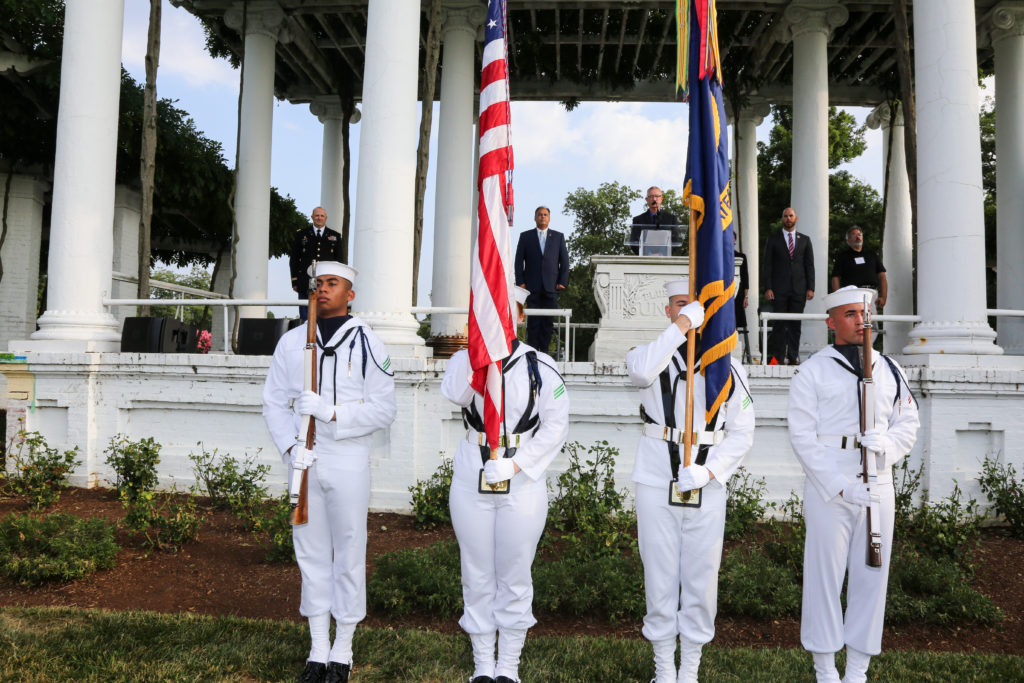 July 17, 2017, was the 21st year that the National Association of Landscape Professionals members came together for the largest volunteer landscape project in the United States – Renewal & Remembrance. Normally held solely at Arlington National Cemetery, this year, at the request of ANC, teams also completed work at the United States Soldiers’ and Airmen’s Home National Cemetery in Washington D.C.

The day was a hot one, giving NALP members a taste of Washington’s famous humidity, but that didn’t slow down the work liming, aerating, doing tree protection, landscaping, irrigation, and new this year – a beautiful hardscape project near the Tomb of the Unknown Soldier.

The volunteers started their day with the opening ceremony which included remarks by ANC Superintendent Katharine Kelley, an invocation, a presentation of the colors by a Navy color guard, and a number of moving speeches about the importance of service and remembrances of the men and women buried at Arlington National Cemetery.

After the Opening Ceremony, most of the volunteers headed with their teams to their work areas at ANC, but about a few dozen others boarded a bus and headed to the new project site in Washington D.C.

Located next to the Armed Forces Retirement Home, the United States Soldiers’ and Airmen’s Home National Cemetery is the resting place of over 14,000 veterans and is one of only two national cemeteries administered by the department of the Army.

The three teams assigned to the Soldier’s Home were experienced NALP volunteers, of Vectorworks who has nearly a decade volunteering at Arlington National Cemetery for Renewal & Remembrance and Mike Kravitsky of Grasshopper Lawns, who celebrated his 21st year at the event with his wife Suzanne, noting that when his children first began coming, they were only babies. One look at the teams on site, and it’s clear this event is a family affair. “We see a lot of our old friends here, too” said Kravitsky. Another reason for his continued presence at this event? “It’s our turn to give back,” he said.

Walter Wray of Wray Landscaping headed up another team at Soldiers’ Home and presiding over all, Tom Shotzbarger, called the shots commencing with the safety talk and the rules of the day before anything began.

More than 40 individuals aerating and liming the grounds at this smaller cemetery in the heart of Washington, D.C. Push spreaders were used to spread the limestone on some teams, but there were a few gas-powered pieces of equipment on others. The teams made quick work of liming and aerating the grounds, and wrapped the project in time for lunch at noon. Next year the team hopes to include tree work in the scope of the project.

Renewal & Remembrance is a logistical feat to plan for, coordinate, and transport all the equipment and volunteers. Headed up by John Eggleston, of ServiceFirst Irrigation, the Renewal and Remembrance committee, made up of NALP members, does a fantastic job of planning and executing the event.

Renewal & Remembrance is supported many sponsors and companies who provide financial support, equipment and volunteers.  Thank you to everyone who helped make lasting change at Arlington National Cemetery!