During ELEVATE’s closing Main Stage session, former Super Bowl-winning NFL quarterback Joe Theismann spoke to attendees about how to win despite challenges with anecdotes about his life as a football player and as an entrepreneur.

He challenged landscape professionals to determine their own definition of success and to help others.

“True success comes when you reach a point when you start giving back to others,” he said.

He also advised individuals to write down what they want out of life personally, professionally, spiritually and financially.

One story Theismann shared was about his short-lived career as a punter, where he still holds the league’s record for the shortest punt at one yard. When others mocked him, Theismann responded he has never had a failure in his life, just an educational experience that did not go his way.

This year’s event featured 1,800 attendees from 46 states. Five different educational tracks were offered, with a total of 51 sessions available. There were numerous opportunities for networking and connecting with others during peer-to-peer sessions, 18 Campfire Sessions, and happy hours.

“I’ve learned that we all struggle with the same thing, but everyone’s coming from different perspectives,” said Ashly Neneman, general manager of Sun Valley Landscaping, based in Omaha, Nebraska. “That’s why the networking is so important to me. The most important thing I’m learning is be inquisitive. Ask questions and get to know people.”

Whether attendees connected over coffee or bonded on a roller coaster at NALP’s closing party on Tuesday, the ability to build new connections was abundant.

At the ELEVATE Expo, there were 147 exhibitors and 50 percent of the booths are already booked for next year’s event.

“I think this can only grow and get better,” said Roger Phelps, corporate communications manager for STIHL, Inc. “If you want to have a presence, if you want to be in front of the decision-makers and get their thinking going about you and your products, you need to be here.”

On Sunday night, the NALP PAC reception, which raises money for NALP’s advocacy efforts, over $50,000 was raised.

During the opening session, several individuals were recognized for their work in the industry with the 2022 Leadership Awards. Pam Dooley of Plants Creative Landscapes was named the Woman Leader of the Year. Joe Munie of Munie Greencare Professionals was named the Advocate of the Year.

Kevin Kehoe, founder of Aspire, was named the Lifetime Leadership Award recipient. Nick Brummel of Brummel Lawn and Landscape, LLC was named the Young Entrepreneur of the Year award.

After the NALP Foundation’s Ultimate Green Battle, over $200,000 was raised for the Foundation, which funds education, research, and scholarships to strengthen the future of the landscape and lawn care industry.

“I think we created something that has broad appeal and I think that people really were able to enjoy all three phases of what we talked about, which is there was really good education, a lot of fun that was had,” said Britt Wood, NALP CEO. “I think people were blown away by being an amusement park where they had the rides to themselves and food and drink and everything else like that. I think at the end of the day, we inspired people. I’ve had so many people come up and tell me how great an event they thought this was and how well executed it was. We just want to get better next year.”

Thanks to our sponsors, John Deere, Caterpillar, Bayer, Gravely and Aspire.

Next year’s ELEVATE will be held in Dallas, Texas, at the Gaylord Texan Resort & Conference Center on Sept. 10-13, 2023. We hope to see you there! 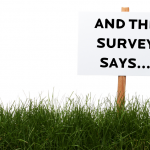 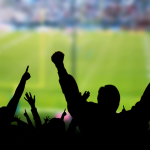 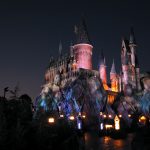 Join NALP for an Epic Ending to Our First ELEVATE