I Spy: Lawn Care and Home Surveillance Cameras - The Edge from the National Association of Landscape Professionals

Professionally monitored security systems are nothing new but in recent years a new form of security has grown in popularity: consumer surveillance cameras. Systems like Ring, first introduced in 2013, Blink (2014) and Nest Cam (2015) have all allowed homeowners to take on monitoring what goes on outside their homes. While most stories involving these cameras are tales of package deliveries gone awry and quirky neighbors, there is no doubt people are more aware of what’s happening on their property.

Naturally, as these cameras become more commonplace, lawn care and maintenance companies are encountering more client feedback about their crews when they are on a property.

Blades of Green, based in East Edgewater, Maryland, says they’ve received a variety of comments from clients based on their surveillance systems, most commonly Ring Doorbells.

“The feedback received is rarely positive or negative but is typically more question probing,” says Daniele Collinson, pest division manager for Blades of Green. “There are times when a client calls or emails in saying how thorough and great the service was as well as thinking an area was missed but most likely they are asking a question about what service we were performing, how long they should stay off the property, did the technician treat this part of the yard, or not realizing the service was performed in that manner based off of the cameras.”

For Ziehler Lawn and Tree Care based in Centerville, Ohio, they have received feedback from a handful of customers, but not as much as you would expect with the popularity of the home cameras, says Craig Gerken, operations leader.

“We have received what could be considered both positive and negative feedback,” Gerken says. “We have had positive feedback with customers calling in to tell us how thankful they are when viewing the surveillance and seeing that our technicians had brought their garbage cans back from the curb or that the technician picked up all the toys in their lawn before doing an application. We have also had the questions that could be construed as negative in that the customer has questioned the amount of time that a technician spent on the lawn or that they think an area was missed based what they could see through the home surveillance.”

Weed Man, who services over 400,000 residential clients in North America, says the increased number of homeowners with surveillance cameras installed has created additional calls to their office.

Similar to Blades of Green and Ziehler, Weed Man has had clients calling to thank them for doing kind acts like bringing in the garbage cans or clients saying the technician was not there long enough or did not treat the property at all.

“In any case in question, we would meet with the client as soon as possible to inspect the lawn to verify the application was performed properly and we are seeing the desired results,” says Mike Richard, national marketing director for Weed Man. “When we’re applying a granular product or when aerating a lawn, it’s easy to find evidence of the work being done. It’s more difficult with a liquid application, where we need to rely on the end results. Depending on the application, we may need to wait a period of 2 weeks, and if after that point, we were not happy with the results, we would simply re-apply the application.”

On the rare occasions where a customer voices concern over whether a technician was on a property or spent enough time treating it, there are a number of common explanations for the misunderstanding. The main cause is typically camera blind spots as most surveillance systems are not focused on the entire yard.

In Blades of Green’s case, their protocol is for the technician to inspect the property first before treating it. This can cause the surveillance cameras to pick up the technician walking the property but not performing any service. The cameras will time out and not record the service performed afterward.

“They will also sometimes not pick up the technician in the lawn because the cameras are focused more on the immediate area around the house and not the full turf area,” Collinson says. “The second complaint we sometimes receive is more on the plant health care side of the business where we don’t treat every plant at every visit. They are treated based on proper IPM practice and only treating what plants need to be treated at that time of year based on the insect and disease issues of that time. We handle that by explaining what IPM is to the client and why we practice it.”

Richard says some of the motion-activated cameras are not always properly calibrated and fail to capture their technicians on the property. Other times the camera may only pick up when the technician is leaving the invoice after the application, and the homeowner can feel the work was not completed.

“Usually, we find that the technicians have performed their jobs properly, but there have been cases where a mistake has been made and, in those situations, we always make it right with the customer and our teams learn from the experience,” Richard says.

Gerken says they see customer feedback as a chance to build a sense of trust with them.

“On the rare occasion that a customer did not believe that the application was done to the standards that we have set, we have always made it a point to have a service manager visit the property, hopefully meeting the customer in person and reviewing the application with the goal of achieving a resolution where both parties are satisfied,” Gerken says.

All three companies say it comes down to building trusting relationships with their clients with this increased ability for homeowner oversight.
“Our technicians are trained to respect our client’s property and to treat their lawns as if it were their own,” Richard says. “We advise our technicians that many homeowners have surveillance cameras, and they should always assume someone is watching them at all times.”

Collinson says their technicians are required to go to the door prior to starting service, so this often triggers the surveillance system. Blades of Green also takes photos of the property during the inspection process and leaves detailed notes to let the client know they were there and build a relationship with them.

“I would say the best way to prepare for this (home security cameras) is by hiring the right people, great people that you trust and take care of and then they will take care of your clients and do right by them,” Collinson says.

Gerken says they haven’t changed any of their practices, but most of their technicians make a point to recognize the cameras and wave at the doorbell camera before starting an application.

“Here at Ziehler Lawn & Tree Care we make it a point to focus on customer service,” Gerken says. “We teach our people to treat our customers’ properties as if they were one of their family members, specifically their Yiayia’s (grandmother). We have a culture that revolves around our unmatched customer experience, which starts on their first day of training and is reviewed on a weekly basis. We have found that when everyone in the company takes pride in the work they are performing and are provided the adequate time to perform an application, the issues with home surveillance are minimized.”

This article was published in the March/April issue of the magazine. 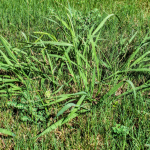 The Agronomist: ‘I’ve Got Crabgrass in My Lawn!’ (Do They Really?) 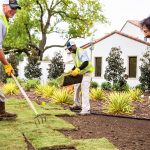 Photo: The Plant Concierge
Shifting Gears: What to Consider When Changing Your Company’s Focus 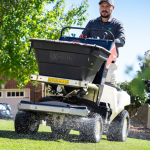