When Mike Bogan took over the helm of LandCare in 2014, it was his goal to remodel the company in a way that would “fit the type of culture” he felt was missing from the industry. It was a positive team culture he experienced in his former role at Brickman, where he spent his last 23 years, retiring as executive vice president.

“I saw the possibility to take a large national company and produce a culture that treats people in a way that helps them grow and thrive,” Bogan says of his goals as the CEO of the company, which has 50 branches across 20 states. “We want LandCare to be a place that provides fulfilling, long-term careers.”

To do that, Bogan looks at “culture as a strategy,” being deliberate in all decisions that impact both employees and customers. Bogan shares four of his best culture building tips that help set LandCare apart from the pack.

Bogan says the “carrot and stick approach” is not how he believes people are motivated to perform a task. In fact, he believes this puts them in an awkward position.

“Hire people for jobs they want to do, pay them fairly and give them the support and training they need. Bribes are unnecessary. The idea of awarding a bonus or paying more for saved time is not a customer-centric process. It also doesn’t put an employee in a position to do the best they can do,” Bogan says. “They now must choose between saving time or doing their best. I believe a good test of any policy is to think about how the customer would feel about seeing that policy in action. A property manager is not going to be happy if they hire a landscape company with an incentive to get on and off that property as fast as possible.”

Along those same lines, Bogan says he does not believe in paying account managers extra commissions to sell enhancements. An incentive-based environment is never going to be effective at building trust.

“The truth is, customers want to trust us,” he adds. “Do you think customers prefer to receive enhancement suggestions from an account manager who is looking out for the client’s best interest, or one who is trying to increase their own income? A commission system does nothing to build the level of trust I believe should be at the foundation of a relationship.”

Instead of offering “rewards” and “bonuses” for certain sales or for time-saving efforts, Bogan says employees should be paid well from the start.

“I’m not advocating cutting income,” he says. “Instead, we’re paying our employees as though they’re selling those enhancements or working as efficiently as possible. We trust they’re doing what’s best in any given situation—knowing each property and its circumstances are unique. It’s an area where LandCare has taken a left when most of the industry has taken a right. But it’s something I feel really strongly about. It’s a better way to treat employees and it’s a better way to treat customers.”

Positive Team Culture Tip #3: Hire People Who Want to Do the Work

The best way to produce the best results from employees is to hire people who align with company core values.

Instead of having to offer different types of incentives for motivation, he says it’s more effective to hire people who take joy in delighting customers and inspiring people with the environments LandCare maintains.

What does that mean for the interview process?

It means finding people who are “motivated to serve.” That might be a little bit different than the way other landscape companies approach hiring.

“At the end of the day, we’re in the service industry—similar to hospitality—and that means you have to get joy out of making people happy,” Bogan says. “If your main joy comes from plants and making plants thrive, that’s not the right fit. Making plants thrive is an important aspect of the job for sure, but it doesn’t rank above making people happy. What if the client wants that plant replaced even though it’s doing fine? We need to hire people who are motivated by making the customer happy above all else.”

Another thing that LandCare does to build a positive team culture is have everyone spend time in the field. Even if a new employee works in the office, Bogan believes it’s important everyone knows what the company does daily. Everyone should know what it feels like to be on a crew.

“Those crew members have the physically toughest job in our business. It is their work that allows the rest of us to be here,” Bogan says. “This company would not exist without those hard-working crews. I believe everyone needs to know what it feels like to be out there in the field.”

Those who have spent time in the field often say they learn a lot from the experience. There’s much more to the work than they expect. This includes hardships, like having to be out of bed before the sun comes up or finding bathrooms on certain job sites. Allowing everyone to experience what it’s like helps with team bonding, empathy and understanding. This reinforces a strong team culture.

“We are focused on constantly learning and developing. This is just one more way to do just that,” he adds. “Fieldwork is at the core of what our company is all about. It’s valuable for all of us to experience it.”

EDITOR’S NOTE: Like what you’re hearing from LandCare? Experience the San Diego branch live at NALP Field Trip: Frank & Marty’s Excellent Adventure. The tour will be led by LandCare CEO Mike Bogan. There, you’ll learn about the systems the company uses to succeed broadly, while still allowing for branch innovation. The event is presented by Frank Mariani, CEO of one of the largest privately held landscaping companies in the country, and Marty Grunder, CEO of Grunder Landscaping Co. and a leading industry consultant and speaker. Register today!

Photo: Dennis’ 7 Dees Landscaping & Garden Centers
How I Do It: Celebrating Earth Day 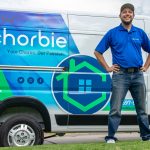