How I Do It: The Business Case for Brine - National Association of Landscape Professionals

Home » Business Advice & Stories » How I Do It: The Business Case for Brine

How I Do It: The Business Case for Brine

If you offer snow and ice removal services during the winter months, chances are you’ve heard of contractors using brine. This tool has been touted as a solution to use less rock salt, but it has also been met with skepticism.

Here to clear up some of the mysteries surrounding liquid brine are two companies who have added it to their services.

Rick Kier, LIC, managing partner of Forge Ahead Consulting and Software LLC, says they implemented brine when their largest customer approached them about using brine to improve their sustainability. Kier was the president and owner of Pro Scapes Inc., based in Syracuse, New York, for 41 years before selling the business to BrightView in 2019.

He says they didn’t adopt brine early only simply because it was new and different. Kier says they typically wanted to do things the same way as last year even if it wasn’t necessarily the best way.

“I think we’re very much like other contractors where you just get caught up in that cycle where you’re always doing the same old, same old,” Kier says.

However, once they did finally decide to give brine a try, Kier says they jumped in with both feet.

“I did nine months to a year’s worth of research and talked to some other people who had jumped into it before me,” Kier says. “I quickly realized that brine was going to more than pay for itself.”

David J. Frank Landscape Contracting, based in Germantown, Wisconsin, says they started using brine to reduce their annual salt usage and they wanted another tool in the toolbox when it came to providing a higher level of service to their customers.

Brad Frank, snow services manager for David J. Frank, says they weren’t skeptical about the brine because they had done a lot of research before making the investment.

“We went all in and utilized liquids as a pre-wetting agent on the salt on our salt trucks,” Frank says. “We gradually got into using it as a pre- and post-treatment for direct liquid application onto the pavement.”

“We quickly realized that the biggest advantage of brine was that we were going to greatly reduce the amount of granular rock salt that we were using,” Kier says.

Kier says they looked at their contracts to see which ones did not have stipulations on how much rock salt to use and began brining these properties, cutting the volume of rock salt they used. He says the customer response was really good.

“We actually had customers that weren’t going to be part of the brine program get in touch with us and want to get involved with the brine,” Kier says.

Frank says most of their customers were happy as well when they added brine to their program.

“It helps lower the effective temperature of rock salt, lowering the amount of salt needed and speeding up the melting process,” Frank says. “When it’s used as a pre-treatment prior to an event it helps prevent the bonding of snow and ice to the pavement, resulting in a much cleaner scrape when we plow. When it’s used as a post-treatment on doorways and walkways it helps prevent the tracking of material into our clients’ buildings.”

Kier adds that brine allows snow contractors to be proactive when it comes to snowstorms.

“Most of the time as snow removal professionals, we’re almost always in a reactive mode,” Kier says. “It snows then we go out and do our work. With brine, you now have the opportunity to go out and do something a couple of days in advance, so the customer knows that you’re on site.”

Kier says it gives the customers a level of comfort seeing them out brining their property before a storm.

“It is also another way to help lower the chances of unsafe pavement on our sites since we have a material down prior to an event even starting,” Frank says.

Kier and Frank agree that the main misconception about brine is the belief it is a replacement for rock salt.

“Brine is not a replacement for rock salt,” Kier says. “In most cases it’s just another tool in the toolbox so that you have to pick and choose which tool to use under which circumstances. If you use it incorrectly, brine can be a real problem.”

While some people might think brine is a silver bullet and it will work in every situation, Kier stresses that is not the case. Some of the circumstances where brine should not be used include when there is freezing rain and extreme ice events.

Brine should not be used if the temperature is going to be below 15 degrees. Kier says a hot mix using calcium chloride lets you use brine from 15 degrees to about zero, but he says you should never use any kind of brine when temperatures are below zero.

Properly adding brine to your services calls for an investment of both time and money to make sure you understand the nature of brine and have the right equipment to apply it.

When Pro Scapes went all-in with brine, they purchased a brine maker and outfitted six trucks with brine sprayers. Kier says they were able to treat about one-third of their customer base with brine in the first year. He says they spent over $200,000 getting into brine.

“You don’t have to go that big if you don’t buy a brine maker or outfit six trucks all at once, you won’t spend that much money,” Kier says. “We did save that much money in salt in the first winter so it more than paid for itself in the first year.”

When it comes to what equipment to use, Kier encourages companies to contact their dealer and talk to others in the area to see what they use.

There is also a lot of science involved with brine and you need to do your homework to have a full understanding of how the liquids work.

“There’s probably a full day of book education someone needs to invest quality time learning and understanding the basics behind the chemistry and the program,” Kier says. “There’s probably two days of calibration and practice with the equipment to get the application portion right.”

“As long as you start slow and learn as you go it is very easy to implement liquids into your program,” Frank says.

Making Your Own Brine

Another decision you’ll have to make when it comes to brine is if you want to buy it or make it in-house. David J. Frank makes their salt brine in-house but choose to purchase other liquid products to create blends appropriate to customer needs and temperature changes.

Kier says when it came down to finances when they decided to make their brine in-house. It was going to cost them 60 cents a gallon for premade brine while it would only cost 13 cents a gallon to make their own. He estimates the startup cost for installing the brine maker was just under $60,000.

He says making your own brine also allows you to have it when you need it, versus being dependent on a supplier.

If you decide to make your own brine, Kier stresses the importance of making it right with 23.3 percent salinity. A lower salinity will not have the desired effect and a greater salinity will cause the salt to crystalize and drop to the bottom of the tank.

“What that means is once that salt crystallizes and falls to the bottom of your tank the liquid coming out of your sprayer is plain water,” Kier says. “So, you can have a situation where the contractor is spraying plain water on the customer’s parking lot because they wanted to make the solution very salt-rich.”

Kier says companies need to look at their portfolio of clients to make sure brine makes sense for them. The pricing of the service is different from how you would price your rock salt applications.

Depending on what market you’re in will also determine how much savings you’ll experience with brine, as those with more snow tend to see more savings. Kier also advises when a contractor starts using brine that they should take good records of what they’ve done to determine what works best for their market, their weather and their customers.

“There will be many ups and downs when getting started but training and documentation will be your best friend,” Frank says. “Keep track of what works and what doesn’t work to help create a good training program for your staff.” 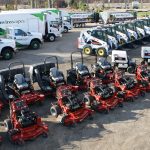 Photo: Enviroscapes
How I Do It: Operating with A New or Used Fleet 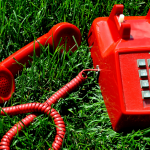 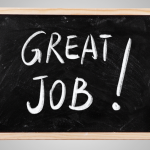 How I Do It: Maintaining Employee Motivation