How I Do It: Creating a Company Store - The Edge from the National Association of Landscape Professionals

Home » Business Advice & Stories » How I Do It: Creating a Company Store

How I Do It: Creating a Company Store

Ground Works Land Design, based in Cleveland, Ohio, has a strict uniform policy, as first impressions are very important to owner Tony Nasrallah.

The company provides their employees with luxury apparel as it helps boost employee morale and the quality of their work. Recently, the company has taken this a step further by creating a company store for their team to purchase additional branded items they can wear while working.

Joe Stark, marketing director for Ground Works, says in the past they were running into issues with shipping, supplies and, in some cases, sizing. As the company is continuing to grow and they didn’t want to lose the emphasis on sharp, good-looking uniforms, they decided to make a change from making specific individual orders all the time.

Stark says the company store allows their team to pick from approved uniform options, so they have more choices with their apparel.

“They’re usually pretty happy, but I think this is just another level because it’s really allowing them to feel like they can order exactly what they want,” Stark says. “They’re essentially going online like they’d be shopping for something on Amazon.”

Stark says creating this company store took a long time to bring to fruition. He worked with their VP of sales to determine some of the demands and requests from the staff. Then their director of technology, Adam Swank, did research on some different brands that had swag stores. They test-drove the usability of different software options and, after picking one they liked, started building out the backend.

The system offers over 17,000 items they could add, and Stark admits it was a bit of a rabbit hole when it came to choosing the items. He says the process wasn’t difficult, but it was time intensive as there was a lot of onboarding. They had to limit the products to their brand-approved colors and ensure their logos were properly placed.

Based on the amount of time it took to create the site, Stark encourages doing your research and making sure you have the bandwidth to take on a project like this one. He says their director of technology was critical in ensuring the platform was launched successfully.

Currently, the store offers around 124 different items broken down by outwear, which includes coats and sweaters, shirts, and other, which include lunchboxes and onesies for children. Stark says this is just a starting point and they are encouraging feedback. They will add additional products as crews share what options they want to see.

“We wanted to offer a low, medium and high as far as pricing goes for each item of apparel,” Stark says. “Within those categories, we followed our brand guide and only made specific colors and styles available for purchase. We also try to embroider all our apparel, so we made sure that our logo is positioned on the left chest and set up for embroidery. We avoided screen printing where we could.”

The cost of the company store’s software is based on the number of users and since Ground Works has three of their companies using the site, Starks says it costs around $2,500 a year for their annual subscription. He says the one-time start-up fee was also around $1,000 to $2,000. He points out that if your team loves their uniforms and you don’t have a strict uniform policy, a company store might not be worth the investment.

Stark says the company store is like any other website where it will never be 100 percent done and will continue to be tweaked and updated. In the future, he hopes to create a customer-facing version of the company store where clients can purchase Ground Works branded items as well.

He says they’ve also considered using the public-facing store as a way to gift clients with credits so they can pick out an item they would like versus being given a thank-you gift they may not use.

Benefits of a Company Store

Stark says their team has been thrilled about the company store and having the freedom to shop on their own versus having to request certain items. He says he’s excited to see the team out in the field put their own spin on the uniform while remaining within their brand standards.

“Ultimately, I think our employees are going to be happier, it’s going to boost morale and I’m really excited to see what everyone will look like after the first order,” Stark says. “Employees will now express their individuality through their attire versus ‘Hey, I’m telling you what to wear.’”

Aside from boosting morale, Stark expects the company store to help them with budgeting for uniform needs. Ground Works will provide their employees a $100 credit twice a year, once around September and once before April 1, to allow them to buy the necessary gear for the upcoming season. Stark says with that amount, employees should be able to buy two to three new items.

Previously there was no rhyme or reason as to when the company was ordering items like winter coats, and it was getting difficult to track inventory. There was no real good process for pricing.

“Instead of just randomly giving away coats for example, let’s actually be smart about inventory and create a trackable system,” Stark says. “When we created a process, we identified the seasons that employees ask about new gear most. We decided that moving forward, employees will get $100 credit two times a year and they’re obviously encouraged to spend those credits accordingly.”

He says it’s just like Amazon shopping, where the employee adds the item to their cart, and it calculates tax and shipping and then they check out. If they stay under $100, they’re good to go. If the total is over the $100 credit, they pay the remaining balance with their money.

“What’s really nice is, let’s say a durable coat is $130 on the company store,” Stark says. “If we weren’t providing it, the employee would normally have to pay $130 out of pocket, now they’re only paying $30 out of pocket for it, which makes it a lot more reasonable.”

While they still provide luxury brands like North Face and Nike in the store, Ground Works also offers other affordable options to choose from.

“Because we’re giving our employees credits to use in the store, we want to be fair and make sure they can purchase 2-3 items,” Stark says. “We realize that not everyone wants to spend $70 on a collared shirt, so we’ve worked with middle-tier companies, and we offer brands like Port Authority and Sport-Tek, which are still fantastic quality and very good for work. They just aren’t as popular as a brand name, keeping prices down.”

Stark says they also have Ground Works super fans who just love buying the gear and like the different styles and options available. The store is open 24/7, so even if they don’t have credits, they can visit the site and use their own money to buy items for themselves or their family members. Stark says the company store is still quite new, but he sees it as a possible fun way to incentivize their employees. If the team performs well, he could see them being rewarded with additional store credits.

Stark expects they’ll experience some growing pains as orders come in and they might need to adjust the credit amount, but the team is excited about the site as a whole.

“In the long run, the company store is going to pay off,” Stark says. “I think in the first year or two, we’ll probably be spending more. Plus, of course, we’re spending money on the actual platform itself. But once we fully buy into the new uniform system, and we’re not giving out apparel like its candy, it’s going to help our bottom line.” 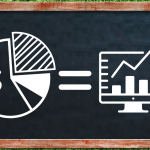 Business Smarts: Understanding the Difference Between Markup and Margins