How Fleet Tracking Can Boost Your Company’s Productivity

Bobby Frisch, co-owner of Frisch & Sons, based in Orange, California, shared how to improve your productivity through better vehicle tracking during a webinar sponsored by MiX Telematics on May 6. If you missed that webinar, here are the key benefits of adding fleet tracking to your business.

Frisch’s company specializes in landscaping, demolition and excavation and has a range of vehicles in his fleet, including dump trucks. Yet he was dealing with the business challenge of keeping track of his equipment and crew members.

Frisch says he knew they weren’t utilizing their employees well and was struggling to properly track workers for time and labor projects.

In Frisch’s case, they saw an immediate improvement and reduced their overtime by 50 hours a week thanks to the improved tracking. Previously they had been using the company’s yard camera to track when employees arrived and left for jobs, but due to the time change they ended up accidentally paying their workers overtime.

With the fleet tracking, the company can geofence not only their property but their current jobsites, gas stations and supply stores so they know how much time their employees are spending at each location.

For Frisch’s company, they have saved $300 a month in fuel savings. The fleet tracking allowed them to verify work-related fuel costs and put a stop to employees using gas cards for personal use.

The tracking also enabled Frisch to create more efficient routing, eliminating routes that included toll roads or steep hills that would put unnecessary wear on the dump trucks. Frisch says by making microscopic changes they’ve seen noticeable results in savings. They’ve even managed to route their vehicles to gas stations that are 20 cents cheaper than others.

MiX Telematics can also track a number of unsafe driving habits such as harsh braking and speeding. Frisch says it takes extra effort to look at the data from the fleet tracking and having meaningful conversations with employees about why they’re doing things a certain way, but he says it pays off long term. The company has not had a crash since using MiX Telematics.

What was once a 30-minute exercise of calling multiple employees to find out where one dump truck is and when it can go to another jobsite has turned into a 30-second task as Frisch now knows exactly where all his equipment is thanks to the fleet tracking.

This ability to know where his entire fleet is has also helped with their customer service as they can now provide clients with an accurate ETA of when they will arrive at a jobsite rather than a vague window of time. Customers have appreciated their time being respected.

The tracking has also resulted in more accurate billing thanks to verifiable hours at the jobsite. 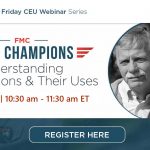