Business Smarts: How to Create an Effective Org Structure for Your Lawn or Landscape Company - The Edge from the National Association of Landscape Professionals

Home » Business Advice & Stories » Business Smarts: How to Create an Effective Org Structure for Your Lawn or Landscape Company

Business Smarts: How to Create an Effective Org Structure for Your Lawn or Landscape Company

If you’re just starting out or are still a rather small company you may think you don’t really need an org chart for the business. You might even be getting fairly large and adding in this structure just doesn’t seem necessary if everything’s getting accomplished.

However, it’s easy for everyone to do everybody’s job until suddenly nobody does that job and then it’s up to you to take care of odd jobs that no one else wants to do. On the other hand, you can also have multiple people doing a task that’s already been done, and time has been wasted.

Without a set organizational structure and set job descriptions you can end up with people stepping over each other and vital tasks not being accomplished. When it comes to deciding the staff’s responsibilities, it starts with the owner.

“If it’s a democracy, it just leads into a whole bunch of conversations about what everybody wants and does not want to do and it doesn’t actually lead itself to anything that’s cohesive,” says Danny Kerr, co-founder of Breakthrough Academy. “It’s just a bunch of people’s opinions.”

Kerr says that the formal chain of command with an organizational structure builds in accountability.

“We’re all human beings,” Kerr says. “We all do what we love to do and we all avoid the stuff we don’t love, and if you don’t have a proper chain of command, then everybody will just go do what they do and no one has any kind of accountability to achieve anything.”

Take time out of your day-to-day to reflect on what are the actual positions required in your company, and the natural separation of those roles. Kerr says by taking the time to examine your employees’ roles you can find where some team members may actually be doing the job of four people and additional positions haven’t been added as you’ve grown as a company.

When you realize you need to hire more people, Kerr says it’s best not to be reactionary and try to find a project manager in April.

To do it right, Kerr advises building a strategic plan each year in December or January and determining what are the numbers you want to reach for next year. Questions that should be asked include:

“When you look at the growth of a company before it’s even happened and you start to project out goals, break those goals down into weekly and daily numbers, you can see hey we need more people in this position and this position, and that position to sustain this growth we’re going for,” Kerr says.

By determining what level of growth you’re going for allows you to see who you need to recruit to sustain that growth far in advance. To determine who should be in charge of new roles, look at who organically would be in charge of that person’s results.

“If you think through your whole workflow from lead to invoice, you can start going through chronologically and decide who’s doing what at what stages,” Kerr says. “Then from there, categorize a job in a much more streamlined way.”

If you are unable to bring in the new team members to support your planned growth, Kerr says you don’t want to grow bigger than your people can handle.

Kerr says 90 percent of their members say their biggest challenge to growth is finding good people. Yet he says when he looks at their budget, he’ll find owners are spending $20,000 a year on Google AdWords to get more customers and $500 a year on recruiting ads.

“We’re in the recession of people, but I don’t think a lot of owners’ mentalities have actually shifted enough to realize that’s the thing we need to attack the most,” Kerr says. “If you need to solve that issue, then that’s where you should be putting your time, money and effort if it’s stunting the growth.”

“They take the first person they can get, it’s usually not the right fit, it doesn’t work out and they have to backtrack again,” Kerr says. “If everything’s always reactionary then good luck trying to get ahead because you’ll always feel like you’re behind the eight ball and you’ll make short-term decisions.” 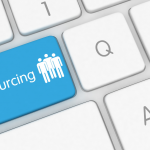 Business Smarts: The Pros and Cons of Outsourcing Overhead 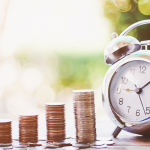