All About Partnerships: Working with General Contractors - The Edge from the National Association of Landscape Professionals

Home » Magazine » All About Partnerships: Working with General Contractors

All About Partnerships: Working with General Contractors

Working for a general contractor means an increased amount of documentation, a different pay schedule than you’re used to and substantial liability if you don’t go about it the right way. Below is the advice from several landscape companies accustomed to working with general contractors and how to make the most out of it.

The most critical aspect of working with general contractors (GC) is forming a relationship with them.

“You really want a relationship with a GC where they understand what your strengths are and how you can plug into that relationship with them,” says Chris Strempek, owner of Complete Landsculpture, based in Dallas, Texas.

Caleb Simms, director of construction for Outerland, based in Mashpee, Massachusetts, says they look for general contractors who are looking for a partner, not just the lowest price. Simms says you can often tell which general contractors prefer to have partnerships if you always see the same subcontractors working at all their jobs.

Keith Behringer, business development manager for John Mini Distinctive Landscapes, based in Congers, New York, says they have worked with successfully with many general contractors they’ve partnered with for decades.

Similarly, general contractors are looking for partnerships with landscape companies as well.
“We pride ourselves on partnering with responsive competent contractors that provide quality products and installations,” says Raylena Browning, director of preconstruction for Manhattan Construction Company, based in Tulsa, Oklahoma. “We encourage our trade partners to prequalify with us prior to bidding. Trade partners can request a prequalification package on our website.”

When it comes to winning bids, it often comes back to the relationship that you have formed with the general contractor.

“Have someone that has some investment in you beyond just the number you send them,” Simms says. “Whenever I am submitting a bid to a general contractor, I make sure I’ve met the person receiving bid face to face. I try and make sure they will at least give me a call back about that bid.”

Strempek says they study the plans and make sure they understand them so they can give an accurate number in the bid. If they see information that is not covered, they let the GC know and this informs the general contractor that they spent the time studying the plans.

“We always try to do what we can to vet the plans and tell them what we think will or won’t work,” Strempek says. “They may not listen to us, but we do that. Some people like to find holes and bid a job low to get the job and beat them to death with change orders. GCs don’t like that, so we try to help and partner with them.”

Behringer says they work to provide a thorough solution for the GC on every bid and they do this by visiting the site to meet with the client during the estimating phase and confirm the logistics involved.

“If this is a GC that we are working with for the first time, we take the opportunity to present our company’s history and capabilities,” Behringer says. “We analyze every aspect of the project, from material options to installation strategy, to provide creative solutions for general contractors that will differentiate us from the competition.”

Browning says they like to look for landscape trade partners that have experience in building similar types of projects.

“Streamlining installation by packaging items adds efficiency in the field, so it is helpful when landscape companies provide site furnishings, decomposed granite, and miscellaneous site improvement items in their proposals,” Browning says. “Our trade partners are part of the team, and, when appropriate, we appreciate it when our landscape partners offer alternative product options to share with our clients.”

Red Flags to Watch For

When deciding to work with a general contractor, it’s important to watch for red flags that might indicate they are not the best choice for a partner.

“When you work with GCs, remember you’re viewing them like they’re viewing you,” Strempek says. “Just like there are good contractors that they want to hire, there are good GCs that you want to work for. You really need to do your due diligence. If you’re new to the game, you can’t afford to take the hit. Working with the wrong GC on the wrong job can sink a small business.”

Simms says he is more cautious with general contractors who aren’t based in the general area, as they don’t have to do a lot of business there, and those who always have different subcontractors on each job.

“That means they’re only working on price or they’re not maintaining good relationships with their subs, that’s always a red flag to me,” Simms says.

Strempek says there’s a number of signs that might indicate if a general contractor isn’t a good one to work with. This includes them having a contract that’s overly aggressive toward the subcontractor or not being responsive.

“If we turn bids into a GC and we don’t get feedback from their estimators about how we are sitting on pricing then we can’t really understand the vendor pool we’re with,” Strempek says. “So, after a few of those we’ll move on to another one, because we don’t really want to waste time. It’s not hard to find GCs that you can bid to, it’s hard to find good ones to work with.”

Another red flag can be a bad reputation for either being slow to pay or hard to work with. You can find out if a GC is bad about paying by checking with local subcontractor associations and if there is a lien on the owner or GC. A general contractor can be hard to work with if they are bad at sequencing the jobs.

“Some GCs understand how to do the work sequence in an efficient manner, and some do not so they put all the pressure on the vendor to do things because they get behind and they want to do things out of sequence, which means that things get destroyed because they’re not ready for you to be there,” Strempek says. “Or they want you to do it in little pieces that aren’t efficient because you haven’t built in that many mobilizations of the job.”

Browning says their prequalification process looks at a landscape company’s safety, financial and past project experience and they often request references. She says a lack of response from landscapers during the preconstruction or construction process is a red flag as they desire timely responses.

Behringer says because the general contractor is their client, it’s up to them to determine which form of communication works best for the GC.

“This starts with a formal project kick-off meeting where we will introduce our John Mini project manager and project team to the GC’s team,” Behringer says. “This meeting is crucial in order to set up proper lines of communication and understand their preferred process for things such as submittals, scheduling, and billing.”

Because it’s typical to work with different team members within a general contractor company, Browning advises asking for their communication preferences and being persistent in following up.

Strempek says good communication starts from the beginning with you being specific about what’s included in the contract and what is not. He also advises keeping an eye on the job all the way through.

“When you’re getting close to a job starting in October, you better be looking at that job in August or early September to see how far along it is so that way you can communicate to them if their timelines may be off,” Strempek says.

He also advises communicating any issues that you may see on a job with grades or elevation. Strempek says a number of GCs will still want you to proceed, but it’s best to get it in writing that they decided to proceed, so you’re not held responsible.

“It’s just about seeing problems and if you see them, we let them know,” Strempek says. “We do everything we can to help make the job successful for them.”

Simms says one of the most important things to understand is working with general contractors calls for a tremendous amount of paperwork and organization on your end for the relationship to go well. He advises ensuring plant replacements and submittals are approved before moving forward.

“If you install mulch that you didn’t run through a submittal, they can reject that mulch,” Simms says. “If you’ve done the submittals, if you’ve done the paperwork, you’re going to cover yourself on the backend. Once that’s installed, if it been approved through submittal, you’re all good.”

Browning says if you are pursuing a new general contractor reach out, set up for a meet and greet and ask for feedback after bidding projects.

“We are always happy to provide feedback to our landscape trade partners to know where they stand and help them adjust for future pursuits,” she says.

Strempek highly recommends getting to know a general contractor’s estimators and project managers as these are the individuals you need to form relationships with. Browning encourages asking for feedback from the general contractor at the end of the project.

“Seek out lessons learned,” she says. “Build on that experience for future opportunities.”

Simms stresses the need to pay attention to detail and read the spec book as there might be extreme asks that could be overlooked.

Behringer stresses that success in landscape construction is all about creating and maintaining relationships.

“The best way to do this is to prove your value through seamless project execution and communication,” Behringer says. “Many times as landscapers we are the last trade to be on site as a project is being completed. It’s important to work with the GC to stay on schedule and deliver the highest quality installation.”

This article was published in the January/February issue of the magazine. To read more stories from The Edge magazine, click here to subscribe to the digital edition. 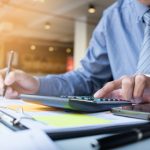 Protecting Your Business: Prepping for Tax Season Should Be a Daily Practice 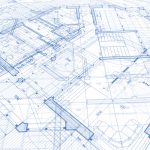