First Lady Melania Trump announced a significant renewal of the White House Rose Garden this summer. The design was a collaboration by two landscape architecture firms, Perry Guillot, Inc. and Oehme, van Sweden & Associates (OvS). Walnut Hill Landscape Company, based in Annapolis, Maryland, was brought on to install the project, thanks to their strong working relationship with OvS.

“Through our collaborations, they are familiar with our philosophy of ‘Whatever it takes,’ and were confident in our ability to successfully handle a project of this stature,” says Michael Prokopchak, president of Walnut Hill.

The White House Rose Garden was first redesigned by Bunny Mellon, during the Kennedy Administration in 1962. Since then it has experienced decades of uses and changes. The renewal uses Mellon’s original footprint to guide the design while improving infrastructure, drainage and creating a healthier environment for the plantings.

“One thing many people may not realize is that the 2020 renovation restored many aspects to Ms. Mellon’s plan for JFK that had been lost over the years,” Prokopchak says. “Oehme, van Sweden did many hours of historical research, including interviews with individuals who were responsible for the 1962 installation, to honor the space.”

In order to work on the property, all of Walnut Hill’s team members and delivery drivers went through a background check. All large trucks and deliveries were sent to an off-site facility for screening and then escorted into the facility. The company was allowed to have five small trucks on the grounds, which went through an inspection at the White House before entering.

“Daily conference calls were held during the two weeks prior to the beginning of the project,” Prokopchak says. “Once we began work, we were in constant communication with all parties involved.”

From start to finish, Walnut Hill’s portion of the job took three weeks. Prokopchak says the biggest challenge was juggling the many moving parts of the installation.

“At one point there were at least nine different companies working on the site, all with their own piece of the puzzle to complete,” he says. “As you can imagine, it required some careful choreography to allow each team to successfully complete their portion without stepping on the feet of the others while working in the same space.”

At the start of construction, the Saucer Magnolias were the only part of Mellon’s original installation that remained and were treated with reverence, as they serve as the literal and figurative corner pieces of the design.

“Some of the roses are classic heirloom varieties and not readily available in commercial quantities,” Prokopchak says. “We searched and were able to source them from nurseries across multiple states with the help of Perry Guillot. In some cases, all that could be procured were smaller plants than were needed, so we needed to cultivate and nurture them under ideal conditions for six weeks prior to installation to get them ready for their big reveal.”

The 12 existing crab apple trees were transplanted to another location on the grounds of the White House as these trees were shading the roses. Limestone walkways were added around the perimeter of the lawn panel and the existing flagstone walkways were replaced with limestone. Low-voltage lighting was also added to the entire garden.

Many of the existing boxwoods were infected with boxwood blight, so the blight-resistant variety NewGen Independence was chosen for the predominant portion of the design.

“Walnut Hill Landscape’s impact on the aesthetics of final design derived from our responsibility to provide attractive, premium-quality plant and landscape materials, and installing them to the highest industry standards,” Prokopchak says. “This ensures that the beauty of the design is fully realized and that the Rose Garden will thrive for many years.”

In the spring, the historic Saucer Magnolias will show off their magenta pink blossoms, while the boxwood lattice will have fresh, green growth. The roses will have matured and filled out and be covered in buds. The National Park Service, which is responsible for maintaining the site, will have planted a vibrant display of spring bulbs.

“The most rewarding part of the project was simply being a part of the nation’s history,” Prokopchak says. “To think about the people that have been in the garden previously and who will be there in the future is a great feeling.”

This article was published in the Nov/Dec issue of the magazine. 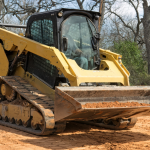 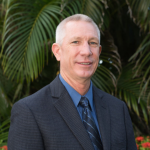