The World of Autonomy: Season 2, Episode 38 of Growing in the Green Industry Podcast - The Edge from the National Association of Landscape Professionals

Home » Featured » The World of Autonomy: Season 2, Episode 38 of Growing in the Green Industry Podcast

The World of Autonomy: Season 2, Episode 38 of Growing in the Green Industry Podcast

In season 2, episode 38 of the Growing in the Green Industry Podcast, host, Brett Lemcke, VP of R.M. Landscape talks with Jarrett Herold, co-founder and COO of Electric Sheep Robotics.

As COO at Electric Sheep Robotics, Herold heads up sales and operations for their autonomous mowing efforts. The opportunity to work with autonomous technologies has been accelerated recently, following the achievements of the self-driving car industry. Before starting the company with his two co-founders, he led operations and expansion for several early-stage startups in Silicon Valley.

Having grown up around the industry, Herold was exposed to the landscaping world early on, starting with Brickman during college and then ultimately joining what is now Brightview in Northern California, as a member of their operations excellence team.

In this podcast, Herold talks about trends in autonomous mowing, the technology, the concept, and the conversation. He talks about being open-minded and deciding when the time is right, how to think differently and looking into the future. 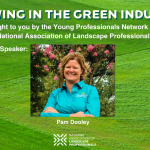 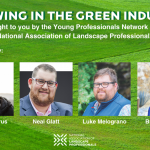