Although this year’s National Collegiate Landscape Competition (NCLC) was held virtually, students still had the opportunity to gather and get their hands dirty by participating in an optional team project.

Schools could select a physical community or campus landscape project to work on and Brigham Young University – Idaho, Michigan State University and Eastern Kentucky University all decided to participate. Below are more details about their projects.

They also had an essay contest where students could submit essays on how nature and landscaping had positively impacted their lives.

Skyler Westergard, an instructor at BYU – Idaho, says that when their team was preparing for NCLC and they heard they could do an optional on-campus service project they created a committee to decide on a service project idea. They wanted to get as many people involved as they could so rather than doing one project at one day and time, they created several different options for students to participate in at different times.

Most of the projects were held in two-hour work sessions so more people could volunteer between classes, rather than dedicate a whole day to a project. BYU – Idaho had around 50 to 60 students participate in the different projects.

“I honestly feel like it was more desired of the students to do some because they had just come through this year of isolation,” Westergard says. “Online classes, no meetings, even us as faculty, not being able to go in person to NALP events. People are ready to get together and outside. Even in a non-pandemic year, we like to do things, we like to create, we like to fix, we like to clean up.”

There was one project where they were going to renovate part of the gardens but it did not happen due to snow. Westergard says now that the weather is better this project is underway as well.

Westergard says that if NALP hadn’t initiated the idea of an on-campus service project, he doubts they would have thought to do anything this year.

“The most exciting part as an educator is just to see that the energy that happens when people come together and we’ve missed that in-person context through COVID,” Westergard says.

At Michigan State, they decided to renovate the landscape around the Spartan statue, which is iconic for the campus and is used for many photo ops after graduation ceremonies.

Marcus Duck, an academic specialist for MSU, says that typically Landscape Services goes in to remove the sod, regrade and install new sod and add annuals and fresh mulch to beautify the space. When they heard about the optional team project, Duck says they talked with Landscape Services about some different options on campus and they agreed to do the Spartan statue.

Landscape Services removed the sod and handled the prep work. Four students volunteered to lay the new sod, install the mulch and plant the annuals. Duck says it took about two and half hours to do. With less traffic on campus, there weren’t any major challenges but there was a delay in getting the annuals and sod but it all ended up working out and falling into place.

He says they decided to do the project because it was something real they could do and it was an opportunity to work with people and help out Landscape Services.

“It was a small thing in the grand scheme of things, but when you think about how many people took pictures with their families and graduates in the area where we made it look better, it’s huge,” Duck says. “That’s why we wanted to do that project because so many people are going to see that compared to anything else that was on campus so it was rewarding knowing that we made that area look better, improve it for what are it was going to be used for.”

The community gardeners purchased the materials and the NCLC team trenched the outline of each garden bed, built the boxes, and installed the boxes. There were eleven 12’x12’ boxes and twelve 12’x24’ boxes. Twelve EKU students participated in this project with 10 from the NCLC team and two other students who helped out from time to time.

The project took a few weeks to complete with the team working two to three hours at a time two days a week. Domenghini says the main challenge was time management as the project took much longer than expected. The NCLC team is set up as a class but they only meet for the first 12 weeks of the semester.

“Typically we meet for about three or four weeks after the NCLC competition is over to wrap up the competition and to give students class time to help prepare plants for our plant sale (a fundraiser that helps pay for our travel to NCLC each year),” Domenghini says. “After the competition was over, we used one of our class meetings to work in the greenhouses on the plant sale, and then used the remaining two class sessions to work on the community service project.”

The two remaining classes only gave them enough time to finish one-third of the project. Several students came back weekly once the class was officially was over to volunteer and complete the project. 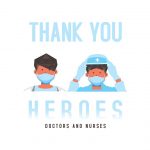 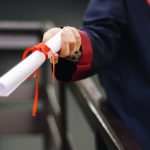 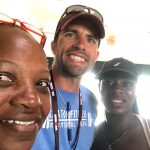