Safety Culture: Implementing a Buddy System - The Edge from the National Association of Landscape Professionals

As you grow your team or deal with turnover, one thing you have to deal with is training your new hires and bringing them up to speed. Safety is also critical for these new employees. In their first month on the job, these employees are three times more at risk for a lost-time injury than a worker who has been at their job for more than a year, according to the Institute for Work & Health.

Several factors put new employees at risk, including unfamiliarity with the job and underestimating hazards. One way to help mitigate their heightened risk of injury is to implement the tried-and-true buddy system.

“One good method for protecting new hires is the adoption of a “buddy system” within the crew structure,” says Sam Steel, NALP’s safety adviser. “Reliable employees familiar with the work responsibilities and who adhere to all safety guidelines should be assigned to employees who have just come on board. With turn-over rates high in our industry, a buddy system throughout the season is one proactive step in reducing injuries and illnesses among workers unfamiliar with landscape work.”

The buddy system reduces risk by providing multiple forms of safety assistance. The more experienced employee can point out potential hazards to the new hire as well as alert the appropriate parties if an accident occurs or engage in first aid if the new team member is injured.

Buddies monitor each other for stress, check their workload and encourage breaks when needed. Encourage your teams of buddies to listen to one another and communicate when they’re struggling.

New employees are particularly vulnerable to extreme temperatures and overexertion. At Clean Scapes Landscaping, based in Austin, Texas, new hires wear different colored vests for at least two weeks so others know to keep an eye on them.

“We identify the new employees with a different safety vest color, an orange color,” says Ivan Giraldo, co-owner of Clean Scapes. “Everybody knows that is a new employee, so they check on those employees in particular.”

Steel advises assigning an experienced and safety-oriented employee to mentor a new hire for at least their initial one to three months on the job.

However, a buddy system also doesn’t just have to be limited to new hires. During periods of high heat indexes, encourage team members to watch one another for signs of heat-related illness, regardless of their experience level. 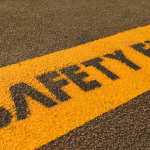 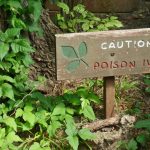 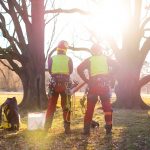