Professional Landscapers Weigh in on Pandemic’s Effects on 2020 Trends

No one could have predicted that 2020 has played out the way it has but has the pandemic and related events affected this year’s landscape trends?

Many residential landscape companies have reported in a recent survey that their revenues are beating expectations this year. Eighty percent have reported increases in spending on enhancements.

“Since they’re not traveling as much as they usually do, a lot of clients are doing extra spending on annual flowers and seasonal beautification that they usually may not do,” says Jeff Rossen, founder of Rossen Landscape, based in Great Falls, Virginia. “They’re sprucing it up a little more than they normally would.”

While landscaping is in higher demand, customers are opting for smaller projects.

“We have seen an uptick in smaller enhancement project leads and fewer large six-figure projects,” says Andy Blanchford, president of Blanchford Landscape Group, based in Bozeman, Montana. “We’ve never had such a strong backlog and higher profit sales are strong.”

He says with people being at home more there is a desire to improve their outdoor aesthetics. Blanchford says the larger jobs are still out there, but people are thinking harder about spending a lot, given the economic uncertainty we are living in.

“Most definitely, we’re seeing a higher volume of smaller project inquiries,” Rossen says. “We’re seeing a lot more inquiries for small projects than we normally do and we’re also seeing fewer inquiries for larger projects than we normally do. They’re being savvy with their money on big-spending but they’re also saying ‘Hey, let’s put some discretionary spending towards the landscaping because we’re going to be here.’”

“Customers are home a lot more,” Rossen says. “So, the customers are certainly a little more in tune with what’s going on in their yard than they normally are. They are inspecting and looking at everything a lot more than they usually do so we are seeing a lot more client interactions this year.”

The projects that customers are choosing to invest in tend to be ones that will make their backyards more enjoyable since they are more likely to be home than ever before. Although the pool is often considered a luxury addition, many customers are taking the plunge. This increase in demand ties again into how homeowners are not traveling and are opting for staycations.

“Priorities is shifting to the pool area for sure,” Rossen says. “We have seen a serious uptick in inquires for specifically pools and outdoor kitchens,” Rossen says. They’ve also recently started offering pool maintenance services.

Blanchford says they haven’t had an increased demand for pool installations, but he says they are not common in Montana. The demand for outdoor living spaces has been steady to up slightly.

“Firepits and outdoor sitting areas are a cost-effective way to get people enjoying their outdoor spaces more,” Blanchford says. “They are cheaper than an outdoor kitchen or dining area and people can more easily keep physical distance outdoors.”

Blanchford says there has also been increased interest in growing edibles. “We have a client from the Bay area of California who is doing a fully fenced veggie garden,” he says. “She’s super excited about it.”

“We are also considering a robotic mowing division,” Blanchford says. “It seems like it will be the way to mow lawns in the future and we might be able to diversify our market segment by appealing to more mid-range clients with that service.”

With more people working from home, this has also increased the demand for quieter crews. Rossen says a handful of clients have requested that their house not be the first stop of the day.

“They’re home a lot more and they’re sleeping in more,” Rossen says. “We usually start mowing grass at eight o’clock. Now we’ve had to basically shuffle our schedules to accommodate our particular clients. What we’ve done is we’ve just shifted the particular clients to the end of the day and solved it that way.”

Blanchford says they haven’t had any requests for quieter crews, but robotic mowing will help on this front.

While clients haven’t requested any money-saving landscape projects, Rossen says they have noticed their clients are trying to cut back on the general maintenance of the home. Some clients have eliminated some of the optional services, such as mosquito spraying

“Even though they’re home, not everybody has the same financial situation, so we’ve seen some decline in the maintenance sector,” Rossen says. 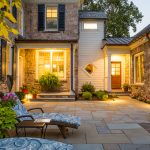 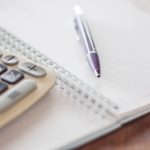 The Latest Job Costing Trends Revealed! How Much Better Could Your Estimating Be? 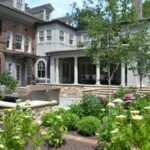