While in the past, landscapes have been treated as an afterthought when it comes to the preservation of historical buildings, they have come to be seen as valuable in their own right. Historic landscapes include residential gardens, cemeteries, battlefields, community parks and much more.

Preserving and restoring historic landscapes is a complex task that is primarily done for educational and interpretive purposes.

“A landscape can tell stories about the people who were associated with it; how changes made to the landscape reflected larger social, economic, and political shifts,” says Martha Lyon, ASLA, managing principal of Martha Lyon Landscape Architecture, LLC, based in Northampton, Massachusetts. “Clients who manage National Historic Landmarks (NHL) have a responsibility to achieve and maintain historical accuracy in order to retain NHL status.”

For clients concerned that a historically accurate landscape will look tired, Kyle Zick, ASLA, principal of Kyle Zick Landscape Architecture, Inc., based in Boston, Massachusetts, argues landscapes only look tired when they aren’t cared for.

“If a landscape was historically ‘unkempt’ by today’s standards, it still will need maintenance,” Lyon says. “An example of this is a colonial-era burying ground that was historically maintained by sheep, rather than by mechanical mowers. The grass can be allowed to grow tall, but removal of volunteer shrub and tree species will be necessary to maintain the landscape as a burying ground, and not a successional forest.”

How to Ensure Accuracy

Research is critical to ensure a historic landscape is restored as accurately as possible. Zick says there are general references to certain time periods, but their research is site-specific and they study historic maps, air photos, park reports, correspondences, archives and more. Lyon says all of these references need to be considered when researching how a landscape developed and changed over time.

Zick says their work is often invisible as they work to preserve, restore or rehabilitate the landscape.

“An example of this is the Battle Road (Trail) at Minute Man National Historical Park in Concord, Lincoln, and Lexington – a trail that follows the first battle of the American Revolution that occurred on April 19, 1775,” Zick says. “The resulting design is meant to allow a visitor on the trail to experience the landscape of that battle where events happened, so the work we did is deliberately subtle and understated.”

Andy Balderson, senior landscape architect for Intreegue Landscape Architecture, based in Elkridge, Maryland, says they work with various historical societies associated with the project to ensure they had accurate information.

“The most difficult aspect of restoring a historic landscape is reconciling what is missing or lost or what has been added to the original landscape,” Zick says. “For a visitor’s understanding, it is clearer if the historic landscape is complete and explanation isn’t needed why what they are seeing is different than it originally was.”

One possible issue that can occur in the research process is when documentation is lacking for specific areas of a landscape. Balderson says in that case, they install what the landscape most likely looked like in that era.

“It’s a matter of being honest with what did the landscape look like at that time and how did they use the landscape?” Balderson says. “How did they live on the grounds at that time? It’s an educational experience to visit these sites and historical accuracy is paramount.”

One of the big questions when it comes to accuracy is the usage of plant material. In many cases, the plant species used in the past are no longer available.

“The effects of climate change have also radically altered the survivability rate of historic species and will continue to, making it unwise in many situations to attempt to replant original material,” Lyon says.

Other times the plants are invasive or susceptible to diseases or pests. Zick says they look for substitutions with similar characteristics to the original plant species.

“We would not use a tree that might have been used at that time like a green ash, which they used a lot, simply because the emerald ash borer, and in terms of boxwoods, we would not use English boxwood, which was used all the time, or American boxwood, but we would maybe use a new gen boxwood or something that looked like a boxwood hedge,” Balderson says.

Aside from finding documentation to ensure historical accuracy, other challenges when it comes to restoring a historical landscape include funding limitations, the type of equipment that can be used on a site and making the landscape look mature.

Justin Gamester, president of Piscataqua Landscaping & Tree Service based in Eliot, Maine, says cost is one of the hardest aspects of doing these types of projects. He points out that maintenance should be considered and if it is in the budget long-term. Lyon adds that the cost of building and caring for a landscape can equal that of a building.

“We often prepare treatment plans or master plans that guide the restoration of historic landscapes,” Zick says. “These identify all the recommendations and then categorize those recommendations into prioritized phases so they can be implemented as funds are available.”

Lyon says they break down the restoration plans into manageable phases based on the urgency of the restoration work involved, the focus of the funding, interpretive programming, and if restoration of a certain feature in the landscape is likely to generate more support for the overall restoration effort.

Depending on the site you’re working on will determine your equipment limitations. Zick says many historic sites call for smaller equipment to limit the disturbance or because access routes are small scaled. He says they limit their excavation to preserve potential archaeological resources.

“On sites with historically sensitive landscape features, such as 350-year old gravestones, mechanical equipment, such as string-trimmers, can do a lot of damage, including permanently marring the features,” Lyon says. “Also, great care needs to be taken during the site preparation process to avoid removing historic features, including plants, with large excavating equipment.”

While it’s normal for typical landscapes to take time to grow into their full design, historic landscapes should replicate their appearance from a specific time period. Balderson says one way to make sure the site looks established is to plant 8 to 12 caliper trees. While it may not be a 100-year-old landscape, it does set the precedent that it’s a mature landscape. Similarly, he suggests using large plant material all the way down to the ground cover, so there’s little visible mulch.

Adding modern features like irrigation, lighting or wheelchair ramps depend on the desired use of the landscape and if the property is a public space.

“Will the site include evening or night visitation and needs lighting?” Zick says. “Does the plant material need supplemental irrigation and would benefit from an irrigation system? Modern elements can be added to historic landscapes without detracting from them if there has been sufficient research to understand the landscape significance.”

If the historical landscape is a public site, Balderson says one aspect you need to be mindful of ADA accessibility.

“What you don’t want to do is create a landscape and then secondarily put in a handicap walk,” Balderson says. “What we have done is we would create a walkway for everyone that is ADA accessible. You don’t want people that need to use a handicap ramp to feel like a second-class citizen, that everybody goes one way and they have to go another way.”

Gamester says lately they’ve had clients purchasing historic properties that are being sold after being held by a family or history-preserving association.

“The properties are in need of repair and updating to be used as ‘modern’ single-family homes, but the clients are restoring and re-using many components in the process to keep the historic charm and significance alive,” Gamester says. “The landscape and its features have been one of those items. It is a good mix of the old and the new.”

He says they include irrigation as you can’t rely on Mother Nature and often times people aren’t there all time to ensure the plant material is watered. Lyon says they look for more sustainable ways of maintaining lawns and planted areas, including the selection of drought-tolerant plants and low-mow grasses.

Lyon notes that many historically used pavements lacked permeability, so when it is possible and appropriate, they try to introduce newer, more sustainable materials that complement the historic design intent. 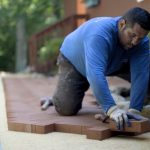 How To Handle Change Orders on Design/Build Landscape Projects 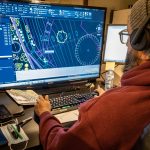