On the Same Page: Why Open-Book Management Helps - National Association of Landscape Professionals

Home » Magazine » On the Same Page: Why Open-Book Management Helps

On the Same Page: Why Open-Book Management Helps

Imagine you’re the quarterback for a football team, but for some reason, you’re the only one on your team who knows what the points are on the scoreboard. Some of your teammates are convinced they’re up against an unsurmountable lead and have given up while others think they are comfortably ahead and as a result aren’t trying their hardest to put more points on the board. A very frustrating way to play the game, right?

For the companies that don’t practice open-book management, you can find yourself in a similar situation. If the whole company doesn’t understand the financial situation or how their daily actions affect the business, you’re less likely to win.

“Business is a team sport, and every company can benefit from engaging their team and working towards a common goal,” says Doug McDuff, president of Landscape America, based in Wrentham, Massachusetts. “It gets really fun when everyone is on the same page and understands the small behaviors they can do to make a big impact over the course of a year.”

McDuff says they started using open-book management in January 2019 after spending three months gathering financial data. Previously, they were struggling with running their business in the rearview mirror. Typically, they were surprised one way or another with the results when they finally closed the books for each month.

“Furthermore, we wanted more buy-in from our team, and were eager to find a way to help them understand how their daily actions and behaviors affected the business,” McDuff says. “It’s natural for people to want to do well, and win, but if the team doesn’t know the score or even the rules, their chances of winning are drastically reduced. Lastly, we needed a bonus that was simple, fair, and easy to understand. We had confused our team for many years with different head-scratching bonus structures, and sometimes it resulted in frustrating them, rather than incentivizing, or thanking them.”

James Ulmer, owner of Back to Nature Landscaping & Construction, based in Blacksburg, Virginia, says he’s always been upfront with his team sharing the numbers since they started in 2015, but he had no rhyme or reason to it.

Ulmer was tired of telling his employees what to or what not to do because their actions impacted the bottom line.

Ruppert Landscape, based in Laytonsville, Maryland, has operated with an open-book policy since they opened in the 1970s. President Phil Key says at first it was just so everyone was on the same page and profitable, but it became part of their business philosophy to empower their employees.

Open-book management allows companies to share transparent financial information and helps educate the team on the business decisions being made.

“It’s also given us the opportunity to teach everyone about the business, and help them learn the importance of generating a gross profit and driving waste out of an organization,” McDuff says. “Our culture improved immensely, and our team appreciates being ‘in the know’ and understanding they can make decisions that will help us hit our goals and win.”

When the team feels they are a part of the decision-making, this helps with buy-in.

“Everyone is kept in the loop and no one’s blindsided or frustrated about things that happen,” Ulmer says. “You tell them the good, the bad and the ugly. There is no need to sugarcoat anything or make things look better than they are. We have formed a bond of trust with our employees. If people know what is going on and you need them to step up to the plate during a rough patch it’s much easier to have that discussion.”

“We firmly believe that every employee plays a role in our success,” Key says. “So whether it’s finding ways to be more efficient, or working with a vendor to negotiate a better price, or going the extra mile for a customer — every decision we make in our day-to-day operations impacts the success of the company in one way or another and all contribute to our financial standing.”

Another benefit to open-book management is it takes the guesswork out of when bonuses have been earned. Ruppert’s managers receive an annual bonus based on branch profitability. Back to Nature ties their bottom line to a bonus program that goes from level 1-15.

“Anything above our threshold we share quarterly with all our employees,” Ulmer says. “Right now we are at level 7 meaning we are tracking to receive a 7 percent bonus on our gross wage.”

Landscape America’s bonus program is based on the metric of gross profit.

“The bonus can be earned quarterly based on how much gross profit we generate compared to the budget we set at the beginning of the season,” McDuff says.

When it comes to actually opening the books, it’s important to be consistent about it and make sure your team truly understands the numbers.

Ulmer says they go over the numbers with staff at least once a month and discuss other scoreboards every two weeks.

“Many business owners don’t understand their numbers or take the necessary time to,” Ulmer says. “It’s important to first educate yourself so you know what you are talking about and everything is accurate.”

He says they started with high-level things like teaching revenues, sales, and expenses. Once the team understands the basics, then you can move on to the deeper concepts.

McDuff says they meet weekly to forecast the current month and the following month. Each forecast takes about 60 to 75 minutes and stirs up discussion and positive debate amongst the team.

“Every week we invite two field team members to our forecast and rotate the guests each week, so everyone has a chance to learn and understand how open-book works,” McDuff says. “For most employees, this is eye-opening, and we have had team members share amazing ideas once they can ‘connect the dots.’”

Some suggestions they’ve gotten are to reduce crew sizes to help with efficiency, change some morning and afternoon routines to minimize downtime in the yard and add specialized equipment to reduce labor costs.

“This is the most enjoyable part of practicing open-book, to see team members dive deep and get fully engaged in ideas that can improve the business,” McDuff says.

Ruppert holds monthly financial meetings with all of their branch managers, department heads, division leaders, and executives. That information is then shared with the teams at each branch.

“As part of our ongoing training and teaching, we encourage our managers to take the time to explain our financial reports to their teams and provide context for what the numbers mean, adjusting the presentation to fit the position as needed, enabling everyone to have a stake in the company’s success,” Key says.

Ulmer says companies should treat open-book management like a game.

“You don’t find out the score of a football game and who won after the game,” he says. “You keep score throughout so plans or changes can be implemented, and everyone knows when we need to pick it up.”

If you’re hesitant to share financial information out of concern your team will see how much you make, McDuff points out most teams think you already make a lot of money, and often think it’s more than you actually do.

Ulmer says it is important to make sure the numbers you are sharing on scoreboards are accurate.
“The one thing worse than not sharing data is sharing the wrong data,” Ulmer says.

One issue that can occur when implementing open-book management is you might have people on your team who don’t like the accountability or aren’t motivated by the numbers.

“If you stick with it you will form a team of like-minded people and the others (although they are great at what they do) will drop off the team,” Ulmer says. “We lost some good people getting this off the ground but in the end, it was for the best.”

“Open-book is a journey that takes tons of discipline, and requires teamwork, communication, and everyone to seek constant improvement,” McDuff says. “If you and your team are not fully committed to the implementation process, and weekly forecasts, I don’t think there will be much benefit. At first, it feels like additive work, but after a few months of practicing open-book, it would feel like driving a car without headlights to stop forecasting and sharing information with the team.” 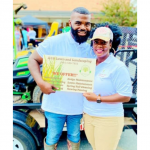 Faces of the Industry: Kristy Mathews 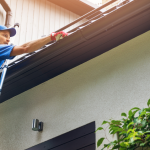 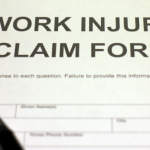 Landscape Companies with Low Experience MODs Do These 5 Things