Ground Works Land Design has raised over $112,000 for the Alzheimer’s Association.

When president and founder Tony Nasrallah’s mother was diagnosed with Alzheimer’s at the age of 56, he made it his personal mission to help other families going through what he is. In 2019, Nasrallah created a volunteer-based committee to help launch an annual golf outing that benefits research, awareness and advocacy for Alzheimer’s.

“It has been wonderful working with this dedicated group each year and witnessing all they have accomplished, including surpassing a remarkable $100,000 raised,” says Seana Dailey, director at Alzheimer’s Association Cleveland Area Chapter. “As part of The Longest Day campaign, the group has won ‘Top Company Team’ and ‘Top Overall Team’ twice and are the frontrunner to take the honor again this year. Not only is the outing a wonderful experience for the golfers, but it also raises awareness for the mission of the Alzheimer’s Association.”

The 2023 outing event date has already been set for June 19 at Avon Oaks Country Club in Avon, Ohio.

This is the company’s third location and enables them to provide even greater services to their seacoast New Hampshire clients. The Labrie staff has joined Piscataqua to ensure a smooth transition and keep the teams in place for existing Labrie Associates clientele.

Previous Labrie Associates owner Mick Sheffield informed his clients that this move will provide many opportunities to learn and grow and ensures that his team is taken care of.

“Discussing the possibilities and opportunities over the past months for Mick, his team and his customers has been very enjoyable,” says Justin Gamester, president and CEO of Piscataqua. “Mick and I have known each other for a long time, and it is an honor to be entrusted by someone that has long been involved in the industry.”

“There are a number of steps contractors can take right now that will pay off quickly,” says Jim Westover, president of LandOpt.

The top three topics shared were to evaluate pricing frequently and adjust it when contracts allow, build price escalators into new contracts and eliminate unprofitable work. Many LandOpt members said they are already preparing for an economic downturn.

“We are working to lower our costs by being more efficient,” says Scott Ziebol, general manager of LandCrafters. “This way we don’t have to raise prices and we can maintain our margins.”

Russo Power Equipment, a power equipment and landscape supply dealer in the Midwest, is regionally expanding as part of their celebration of 50 years in business and the next 50.

They recently acquired C&C Distributors in Indiana and Porter’s Lawn & Power Equipment in Wisconsin. These newly acquired companies will operate under the same names that communities have trusted for decades. Russo is also adding a new brick-and-mortar location in New Berlin, Wisconsin, as their sixth storefront. 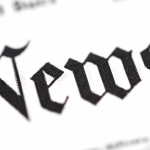