This year’s Lifetime Leadership Award winner has truly been in the industry for his entire lifetime. Like many others, Bruce Wilson first started out by mowing grass as a kid.

“Ironically, my father made me quit mowing lawns and get a job because he thought that it would be good for me to know what it’s like to work for somebody and have to go to work at a certain time and everything,” Wilson says.

He did keep one account who let him care for his greenhouses in the winter. When Wilson graduated from high school, he didn’t know it, but his client had put him in for a scholarship with New York Garden Club. He attended Farmingdale State College and that cemented his career in the landscape industry.

Some of Wilson’s major influences as he came up through the industry include Joe Marsh, founder of Green Valley Landscaping, and Dr. Joe Trickett, head of Santa Clara University’s Business School.

Wilson says Marsh was a true professional and after Wilson got all the crews out in the morning, they’d sit down and discuss how current events affected their business.

“Joe was a real mentor to me,” Wilson says. “He taught me how to think like a business person, and taught me some of the principles of running a professional business and business etiquette.”

Wilson met Trickett when he came to visit the company because a student was writing his thesis on the businsess. They hit it off immediately.

“He taught me really how to think about people, and how to lead people by helping them,” Wilson says. “He told me to think of yourself as an enabler. If you enable other people to improve their lives and be better, that’s the key to really having motivated people. Because they will want to work for you because you’re helping them.”

Eventually, Marsh sold his company to ValleyCrest and it became the maintenance division known as Environmental Care. When Marsh retired, Wilson was surprised when they announced he would take Marsh’s place. He was the youngest kid on the block at the time.

Wilson stayed with ValleyCrest for 30 years, becoming president of ValleyCrest Landscape Maintenance and vice president of its parent corporation ValleyCrest Companies. Because they were the biggest company in the industry for a while, he says they were always having to blaze their own trail. Wilson says one of the reasons they were successful was because they figured out how to develop people into managers.

“We always tried to find people that had an entrepreneurial streak to them, because basically, we were setting them up to compete as a business, against other entrepreneurs,” Wilson says.

After retiring from ValleyCrest, Wilson started his consulting business, Bruce Wilson and Company. He says the key to helping smaller companies grow into larger businesses is to have an owner who wants to do the work.

Wilson says over his years in the industry technology has been one of the biggest changes he’s seen. When he started Conserve LandCare in 2011, his vision was to only hire tech-savvy managers, as not being tech-savvy holds everyone back.

This type of forward-thinking is a trademark of Wilson. He credits this mindset to a book he read in the 90s called The Fifth Discipline by Peter Senge.

“The premise was the only lasting competitive advantage that a company has is its ability to learn faster than the competition,” Wilson says.

He says after reading this book, ValleyCrest started to put more time into strategizing. They would brainstorm how to fix their current problems but also what’s going to be the problem two or three years down the road and fix that before it happens. Wilson says most owners are in a firefighting mode and aren’t able to take the time to make these big-picture changes.

“I believe a lot in the process of reflection,” Wilson says. “When I go to meetings, a lot of times people say that I’m really quiet and I don’t say much. I have a reputation for that. The reason I am is because I’m thinking and reflecting.”

Another element he’s seen hold back the industry is how many companies are copycats.
“Because of that, there’s a lot of people that I think hold themselves back,” Wilson says. “I think it’s a destructive habit that some people have in the industry, where they’re not willing to try something until somebody else tries that and proves that it works. They’re never going to get ahead of the game.”

As for where Wilson sees the industry going in the next 10 years, he expects to see robotic mowers and other types of technology become more prevalent. While customers will always want competitive pricing, he believes they still value great customer service.

“I believe the industry is still going to be a business built on relationships with both employees and customers,” Wilson says. 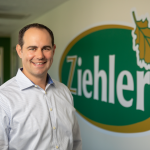 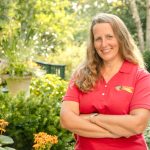