The 2021 Advocacy Award was presented to Brandon Sheppard at NALP’s final LANDSCAPES event on Wednesday, Oct. 20.

This award is presented to an individual who has dedicated their time and efforts to go above and beyond to help represent and defend the interests of our industry at the local, state and national levels.

“I was really touched and honored,” Sheppard says. “It was great to have my parents be there and my wife.”

He says he was thoroughly surprised when he received the award, as people who are working in the advocacy space are really passionate about what they do and they’re not doing it with an award in mind.

Sheppard is a Weed Man franchisor in the Mid-Atlantic and served as Chair of NALP’s Government Affairs Council from 2018-2020. The Government Affairs Council advances and defends the business interests and reputation of the industry in the government affairs and public affairs channels, working collaboratively with allied individuals and groups. Sheppard is also a current NALP Board Member.

Sheppard says that advocacy is important because it protects landscape professionals’ ability to operate their businesses the way they need to.

“Advocacy isn’t just about regulations,” Sheppard says. “It’s also about public perception, helping people to better understand the real value that our work brings to human health, in air and water quality, abating some of the challenges of climate change, helping to absorb carbon near where it’s generated.”

Originally from Ontario, Canada, Sheppard started working for Weed Man part-time in 2000 with his family and then joined full-time in 2004. With his father and brother, they have created one of the largest, ‘small market’ offices in the Weed Man system. Since joining the Weed Man team, he has helped develop the brand strategy for the franchise, promoting the company throughout the Southeastern United States.

Prior to joining Weed Man full-time, Sheppard earned his Juris Doctorate from the West Virginia University College of Law. Sheppard says his law background has helped him articulate, advocate and not be intimidated when he’s sitting in a Senate office.

“It helps, but it’s not critical,” he says. “There are some super effective advocates in our industry who don’t have law degrees.”

Sheppard is extremely active when it comes to advocacy, defending programs like H-2B, even when his company doesn’t participate in the program. He says this is because landscape professionals are all in the same boat and he needs H-2B users’ voices to support lawn care companies on fertilizer and pesticide issues.

“If I want to call on them for their support I need to give my energies to their initiatives as well,” Sheppard says.

He adds that with the current labor climate, the lack of guest workers is impacting the broader labor pool in a far more acute manner than it ever has before.

“While I may not be an H-2B user, I benefit from those H-2B workers being in America because it allows us to hire other people, and not compete with our friends in design-build or construction for those same workers,” Sheppard says.

One notable example of Sheppard’s dedication to the industry and advocacy was when he and others had spent three years trying to pull together an event for EPA researchers to come to see the nature of the industry’s work.

“We understood that there was a really big gap between how the regulators at EPA think we do our work, and how we actually do it,” Sheppard says. “It was orders of magnitude separated from what we thought they thought, and what they actually thought.”

They had selected a number of different locations to give a broad overview of how the industry uses products and the precision and skill of their operators. Unfortunately, days out from the event, they discovered they could not get bused transportation for the locations as they were under 70 miles away.

Sheppard’s house was 73 miles away so he offered to host the event there, rather than have their planning fall apart. It was a large enough property that they could spend all day working with EPA and show them all the different elements of lawn and tree care work at the property.

“It was a fantastic end result for the industry,” Sheppard says. “It was also a great opportunity to show the level of collaboration between TruGreen and Weed Man, who are major competitors.”

Sheppard highly encourages others to get involved in advocacy as no one will tell your story better than you. He stresses that just because you may not take an interest in politics, doesn’t prevent politics from taking an interest in you.

“Don’t worry about if you are a polished speaker or not,” Sheppard says. “You have authenticity and context. You have influence with elected officials that no hired gun can bring. Andrew Bray isn’t as effective and I’m not as effective as you are because you vote for that local official. When they get to know you and understand the passion, the care, the professionalism, it’s easier for them to believe in the good work that you do.”

He says it’s important to remember that politicians work for you and not the other way around.

“They listen to the voices they hear,” Sheppard says. “Our opponents are always out there telling their version of the facts, and if we’re not there correcting it, many of them will believe the opposing viewpoints purely at face value. So get involved and if ever I can help, I’m a phone call away.” 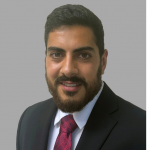 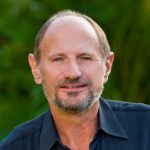 Joe Gonzalez, CEO of ArtisTree, Says NALP Helps Keep Him in Touch with the Industry 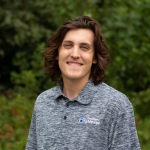