Meet Andrew Ziehler, 2021 Young Entrepreneur of the Year - The Edge from the National Association of Landscape Professionals

Like Steve Jobs and Bill Gates before him, fellow entrepreneur Andrew Ziehler also started his business in a garage. While he didn’t go on to the tech industry, Ziehler has made notable achievements in the landscape and lawn care industry, so much so that he has been selected as this year’s Young Entrepreneur of the Year Award recipient.

“I’m very grateful to have earned this award,” Ziehler says. “I have received so much from this industry and hope that I have and can continue to inspire and give back to others as so many have given to me.”

Growing up, Ziehler’s grandfather owned an asphalt paving company and later a homebuilding company. Ziehler was often around his grandfather and father running the business.

“I think from an early age I was exposed to what it was like to be an entrepreneur, what the sacrifices were and then also what some of the benefits were of taking that path,” he says.

In high school, Ziehler started doing landscaping with a friend after football practice. As a senior, the owner of a commercial mowing company talked to Ziehler about going out on his own and being a subcontractor for him. At the age of 18, he started Ziehler Landscaping, LLC. He used a wheelbarrow and a broom to clean up since he couldn’t afford a blower.

“After high school, the plan was simple…pay for college and sell the equipment and contracts to put a down payment on a house,” Ziehler says. “Instead, I fell in love with building teams and creating fantastic customer experiences which kept me motivated to make this industry my career.”

During college, he was tested on how dedicated he was to school when a snowstorm hit and Ziehler had to choose if he wanted to let all of his clients down or take an exam that day.

“I had one of my college professors tell me that if I didn’t take the exam, that was going to be the day of the snowstorm, that I would not pass the class and there was no way of making it up,” Ziehler says. “He didn’t care that I had a business and had to do these other things. I should be dedicated to school at my age.”

Ziehler went ahead and took care of his customers and this served as a big turning point for him. He did not stay in school much longer after that.

Another major turning point for Ziehler was in 2015 when he decided to shift from being a lawn maintenance company to a lawn care company.

“I was always curious why landscape companies would sub their fertilizer work to lawn fertilization companies,” Ziehler says. “Through the NALP Trailblazer program, networking and learning at conferences and the local entrepreneur center, I learned so much more about focusing on being great at one thing and about the lawn care business model, and we felt it would help us scale to achieve our long-term goals.”

There were many challenges to making this transition, including getting the leadership team on board. Since their experience was in landscape maintenance, he had to convince them that the change would provide more opportunities for them and be better for the business overall. He says while their landscape maintenance department was growing, it didn’t feel sustainable.

The transition period also led to a time where cash flow was tight since they sold more than half of their company and kept much of the overhead. Ziehler had to ask for a $90,000 loan to invest in marketing and buy a few more trucks.

“I had to do a whole PowerPoint presentation on how we felt if this money was invested, how it would return, how that would create the business’s value because the president of the bank felt that lawn care companies just turned cash, and they were never profitable and they had no value,” he says. “So I had to prove all of those points wrong.”

At the end of the day, they got the money and have more than proved lawn care can be a profitable business with Ziehler Lawn and Tree Care, which has averaged 32 percent growth per year.

Ziehler says his proudest business achievement has been building a respectable team and business that is making life more enjoyable for their customers and team members while exceeding their growth goals each year.

“Make Life More Enjoyable” is Ziehler’s business motto and he says it is why they come to work every day. Right now, their 15-year Big Hairy Audacious Goal is to make 20,150 lives more enjoyable by 2030. Currently, the company is a third of the way to their goal, putting them ahead of schedule.

Ziehler’s favorite aspect of his job is setting direction and motivating a team behind a set of values that works together to hit big goals.

“One of my passions is being able to grow and develop teams,” Ziehler says. “We know that in order to have a successful scalable business you have to constantly be growing teams and that’s one of the things I spend a lot of time on now is looking for new leaders and people from outside and developing relationships so that we’re able to keep up with our growth.” 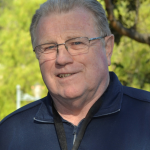 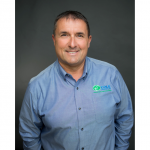