Technically Speaking: The Importance of Soil Testing - The Edge from the National Association of Landscape Professionals

When you take on a new lawn care client, you may think you know what products should be applied based on what you’re seeing in the turf. However, there is a lot more going on than meets the eye and this is where soil tests come in.

“It’s like going to the doctor,” says Mike Hall, COO of Spectrum Analytic, Inc. based in Washington Court House, Ohio. “They’re going order a battery of tests if you’ve never been to that doctor before to find out what’s going on inside your body. A soil test does the same thing. It finds out what’s going on in the soil so you can amend it properly and not just guess.”

Hall guarantees that if you pulled a soil sample from each house in a cul-de-sac the results would be different for each lawn, so it’s important not to assume the soil is the same as the other properties you care for in the area.

Soil tests can tell you what is deficient and what may be in excess in a lawn.

“That’s an enormously important thing to know because we live in a world where all the inputs that people are using are becoming ever more expensive,” says Bob Mann, director of state and local government relations for NALP and agronomist. “So, if you’re using them improperly to excess or not enough or not charging what you should be charging that comes right off your bottom line. It’s good business sense to know exactly what you’re dealing with on a per lawn basis.”

When it comes to conducting soil tests it’s critical you gather enough cores. You can’t just pull one sample from a corner of a yard and expect it to tell you anything. Also, be mindful of what you’re sending to the lab.

“You want to get rid of the verdure, the growing portion of what you pull up, get rid of the thatch layer, that intermingled layer of living and dead tissue, and then the first couple of three inches of soil put in the bag,” Mann says. “You want to be specific to where the roots are going to be growing to the exclusion of all that organic matter.”

Majority of the time the sample bag from the laboratory will indicate where to fill it so you know the amount of soil to provide. Hall says if you are planning to treat the front and backyard the same, pull 10 to 12 cores and mix the soil well so you can treat the property based on that one sample. However, if there is a problem area in a yard, it’s best to do a separate soil test for that spot so you can properly diagnose the issue.

“Your results are as only good as the person that takes that sample,” Hall says.

As for when you should conduct soil testing, Mann and Hall agree that after taking an initial soil test for a new client, they should be placed on a three-year rotation. Mann says the best time to conduct soil testing is in the spring before anything has been treated so the soil test does not reflect any recent applications.

When selecting who to send your soil tests off to, Hall advises looking for a soil lab that has quality control methods, competitive prices and agronomists on staff who will help you understand the results. Mann says whether you choose to work with a cooperative extension or a private company’s soil lab, you need to establish a relationship with them first before sending them hundreds of soil tests.

Once you’ve established a relationship with the soil lab of your choice, then comes the matter of deciding what tier of testing you want to go with. Mann says this depends on how detailed you want to get and how much you want to pay.

The most basic level of soil testing looks at the soil pH, which affects how other elements are taken up by the grass. For those who are applying lime no matter what, they can be compounding the problem if the soil pH is already over 7.

“Grasses grow in a wide range of pHs but you want to be in that proper range so the other elements in the soil, the micros and macros, are taken up by the turf,” Hall says.

Another soil test level is looking at the nutrient levels in the soil – both the macro and the micronutrients. The third type of testing level looks at the physical aspect of the soil including the level of organic matter, the texture and the cation exchange capacity.

Mann says it’s important to work with a soil lab so you are not overwhelmed by the results. They are a resource for your company.

Both Mann and Hall advise not absorbing the cost of soil testing. Instead, communicate to the customer why soil testing matters, and provide them a PDF of the soil test results so you can back up why you advise making certain applications.

“I think it’s like anything else, I’ve never found a hospital where they did free blood testing,” Hall says.

Depending on what lab you’re using, you’ll get some basic recommendations back from them, but how you interpret those recommendations is what really matters. Dr. Frank Rossi from Cornell University says don’t let the data lead you astray.

“What he meant by that is don’t just look at the soil test numbers in a vacuum,” Mann says. “You have to be engaged in a constant effort to educate yourself as to what’s going on.”

While soil testing can ensure you have better success with your lawn care practices, it also helps with significant savings, so your company isn’t applying expensive products that are unnecessary for certain properties. 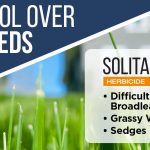 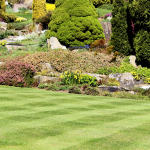 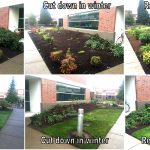