In February this year, the entire state of Texas was hit with snow and freezing temperatures rarely seen in that region. Rolling power outages and burst pipes were common occurrences for the residents that week but in aftermath of this historic winter storm, another trend has developed.

Due to the extreme cold, there was a fair amount of winterkill that wiped out plants at nurseries, landscape companies and on clients’ properties. With spring well underway now, the demand for replacements has been high.

“I think there’s a shortage in plants that we’re starting to feel, and we’ll feel greater as time goes on,”  says Glenn Bonick, owner of Bonick Landscaping based in Irving, Texas. “This is going to be our struggle. Already our larger plant material availability is quite short because of the boom. This is potentially going to take a lot more of the larger plant material from hitting the market because it’s going to get used up sooner.”

Jerry Maldonado, owner of Maldonado Nursery & Landscaping, Inc., based in San Antonio, Texas, says while they don’t have any nursery stock, they do have holding yards for upcoming projects and lost about 50 percent of the plants from the storm. It was mostly the less cold-hardy ones.

Similarly, Bonick estimates they lost about 50 percent of the plants they had in their holding yard, but he says it wasn’t a huge investment. Their valuable plant material they were able to save by bringing them into their heated greenhouses.

At Clean Scapes Landscaping, based in Austin, Texas, they don’t store any plant material onsite but co-owner Ivan Giraldo says the plant material at their supplier nurseries was affected as well as at their properties.

“The plants and landscapes at our properties were affected drastically,” Giraldo says. “By the time the storm came, a lot of the evergreen and perennial landscape material in Texas started to bud out and was getting ready for spring. All of the plant material drastically died back.”

Bonick says while it was very cold during that week, when it warmed up they were up to 60 degrees and the snow melted very quickly.

“We rolled in spring literally the next week,” Bonick says. “So, we had our typical spring, which is already very busy, and now we just have everybody coming out of the woodwork. All the old clients are now calling to reassess their landscape. There’s a lot of plant replacements, but a lot of people want to rethink areas in their landscape. From a sales standpoint, it’s creating a very, very busy season.”

Bonick says while there are a lot of customers wanting to do larger jobs there is also an influx of people who want the company to handle much smaller jobs, such as replacing 20 plants. He says they’re trying not to turn people away and are taking on the small jobs for existing or past clients.

“That takes a lot of effort to execute that when you can’t get all the plant material and you have to go to a job twice to do a small job,” Bonick says. “It becomes challenging. It messes with your production, and the sales staff is very stressed trying to keep up with the demand.”

Maldonado says plant material of all kinds has become very scarce and they’re having problems finding flowers and trees as well.

“They’re going through plant material like crazy,” Bonick says. “This is the real unfortunate part. We’re burning through a lot of product. Nurseries are selling product hand over fist and so the supply is short.”

Giraldo says they get their plant material for local nurseries and sometimes from out-of-state growers for specific material for construction jobs.

“One thing that we have learned is that you need to pre-order to give our suppliers (notice) to get it ready for us and for them to have time to re-stock,” Giraldo says. “They’re selling their material faster than they can bring it.”

Bonick and Giraldo both say the winter storm caused them to shut down for a period of time.

“It did delay our construction projects especially, not only during the week of the storm but even a week after as everything was saturated due to the ice and snow,” Giraldo says. “Our maintenance division was similar, but not as drastic because we were able to jump into cleaning and doing cutbacks and did not worry about mowing.”

Maldonado says their production schedule has been affected due to the labor shortage and increased work produced by the need to replace dead plants from the freeze.

“Most people want what they want, when they want it,” he says. “Memories are short, and they forget how horrible the freeze was. Our biggest challenge remains labor.”

Giraldo says finding and getting plant material has not been the reason they’ve had to push back their production schedule. It’s more the amount of work the storm created. Clean Scapes has a big backlog, especially in their enhancement department.

“Because Texas spring is here already, everybody is ready for green and color,” Giraldo says. “Our clients are tired of brown or dead plants. Patience is running low.”

Bonick says their production schedule wasn’t pushed back but it is deeper now due to the volume of work they already had scheduled on top of small jobs former clients are requesting. He says thanks to Dallas going through a building boom in recent years, most people in their area accustomed to long waits and have been understanding. 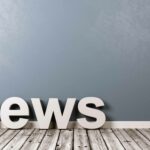