On June 8, 80 landscape professionals from 18 different states headed to Capitol Hill to carry the H-2B reform message and share their stories.

This fly-in was hosted by NALP in collaboration with Seasonal Employment Alliance, the Federation of Employers and Workers of America and AmericanHort to push for H-2B reform this summer as there is a real chance of achieving a returning worker exemption or more permanent and certain cap relief.

The Department of Homeland Security (DHS) H-2B supplement cap has been reached. DHS and DOL had announced an additional 35,000 supplemental visas for the second half of the fiscal year.

Last week, USCIS announced that it had received enough petitions to reach the cap for the additional 23,500 visas made available for returning workers only. During the first five business days of filing, they received more petitions than there were visas available, so they ran a lottery.

Those who were capped out of the returning worker exemption are encouraged to refile for workers from the Northern Triangle countries (El Salvador, Guatemala, Honduras) and Haiti.

USCIS is still accepting petitions for H-2B workers for the additional 11,500 visas allotted for nationals from the Northern Triangle countries and Haiti. The final date to file for these visas is Sept. 15, 2022, or when the cap is reached, whichever occurs first.

During the fly-in, landscape professionals worked to educate the offices on the importance of raising the cap or creating a permanent solution like H.R. 3897. The Returning Worker Exemption Act of 2021 would reenact the returning worker exemption that would exempt returning workers from counting against the 66,000-cap if the H-2B worker is a returning worker in any of the previous three fiscal years.

The landscape industry is the largest user of the H-2B program and over the past few years, a lack of H-2B workers has forced landscape companies to turn away customers, scale back services and cancel capital equipment purchases. 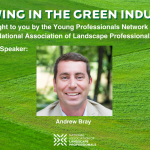 Highlights of H-2B with Andrew Bray: Season 2, Episode 51 of Growing in the Green Industry Podcast