The most recent debuts in compact construction equipment are all-electric for the first time. You may have seen some models at recent trade shows that were a “proof of concept,” but others are getting ready to enter the market.

Compact excavators were one of the first types of construction equipment to be successfully adapted to all-electric. An electric pump and battery replace the engine and hydraulic pump.

“I think the biggest challenge people have is to ensure that you’ve got comparable runtimes or extended runtimes as much as you can,” says Justin Odegaard, acceleration manager for Doosan Bobcat North America.

David Caldwell, national product manager for Takeuchi-US, agrees that the ability to charge the machine while on the job or swap out batteries to enable the machine to continue to operate is a challenge specific to the electric models. He adds that the availability of rare earth elements to build these versions and the initial cost of the machine are also issues.

“The most important thing is to clearly understand the utilization of the equipment and pair the right-sized electric motors and batteries to ensure the machines work in most applications,” says Lars Arnold, electromobility product manager for Volvo Construction Equipment.

Odegaard says they opted to create an all-electric compact track loader with the T7X because of the inefficiencies presented with the hydraulics system.

“When we looked at loaders, there were some concerns there with the size of the package and the time that we expected we would get out of a battery pack and running a hydraulic system,” Odegaard says. “Hydraulics are quite inefficient in the grand scheme of things.”

When Toro decided to introduce the e-Dingo 500 in 2020, Jay Thaker, marketing manager for Toro, says they knew rugged battery power would be part of the future. He says their engineers worked to build a machine that would provide all the benefits and power of a standard compact utility loader with zero engine exhaust emissions. They also recently introduced the wheeled electric Ultra Buggy in 2022.
One thing that has helped with the electrification of construction equipment is the progress in the automotive industry.

“For example, the battery technology used in the Volvo L25 (compact wheel loader) and ECR25 Electric (compact excavator) is the same or similar to the one used in electric vehicles,” Arnold says. “As on-road EVs become more common, better charging infrastructure will follow, which will obviously benefit the off-road sector as well.”

Just like with the adoption of battery-powered handheld equipment, one of the major concerns landscape contractors have is whether these models have enough power to get the job done. Most manufacturers have projected runtimes, but in the end, it really depends on the usage of the machine.

“Heavier work may require a quick charge over lunch,” Arnold says. “It never hurts to charge when there is a pause in work. Testing has shown common runtimes of four to six hours.”

Caldwell says Takeuchi’s TB20e can run for a full day, depending on the application and environment.
“A key feature of the TB20e is its ability to run tethered to a power source should the battery begin to lose charge, allowing the operator to remain on the job and continue to work,” Caldwell says.

The TB20e can charge in two to four hours with an external charger and charging with an onboard charger takes six to ten hours. Toro’s Ultra Buggy can deliver up to 8 hours of runtime and also features an onboard charger. It can be plugged into a 110-volt socket and be fully charged in less than eight hours.

Bobcat’s T7X can get four hours of continuous runtime, but if the operator is doing less strenuous work, they can get more than four hours out of the machine. Odegaard points out that contractors often claim they work a machine eight to 10 hours a day, but when you look at how long a machine is really being operated, it’s three to five hours as they pause, take breaks and so forth. They may let the machine idle the whole time, but they’re not operating it for 10 hours straight.

“The typical contractor way overestimates how much time they’re actually putting on a machine,” Odegaard says. “With a diesel engine, if it’s running, you’re consuming fuel. With the T7X, if you’re in the cab and you let go of the controls, that’s almost like turning the machine off.”

Similarly, the e-Dingo has an auto-idle feature that powers off the machine after it has been idling for a certain amount of time.

“The machine also shifts to low idle after five seconds of non-use and shuts off when not in use for more than 30 seconds,” Thaker says. “The operator can then instantly restart the machine by double-tapping the traction control lever. An off-board 1,200-watt charger recharges the compact utility loader in less than eight hours.”

For those worried that the advent of electric construction equipment will mean the extinction of diesel equipment, manufacturers believe both will be around for the foreseeable future. Caldwell says that as fuel costs rise and advancements in electrification become more affordable, the industry will begin to shift away from diesel-powered machines with traditional hydraulic systems.

“Compact equipment has the ability to make that shift sooner than larger equipment, which certainly applies to the landscape industry,” Arnold says. “However, infrastructure and mindsets still need to shift as well. We believe heavy equipment will be a mix of electric, hybrid, conventional and other options for several more years.”

In the case of Bobcat’s T7X, going all-electric allows the machine to peak significantly higher than the diesel engine.

“For the most part, those two machines will feel very similar,” Odegaard says. “They’ll operate the same. People can hop from one to the other and get the same amount of work done, but when you’re really working it hard, those brief peak periods where you’re trying to demand everything out of that machine, all those functions, we can consume or draw more of that power from the battery.”

The electric construction equipment is also significantly quieter, make ideal for working near homes, schools and businesses. For instance, the sound level at the operator’s position is reduced by more than 22 percent when going from Takeuchi’s TB216 diesel-powered excavator to the battery-powered TB20e.
“Jobs that previously relied almost entirely on manual labor due to noise ordinances can now look to battery-powered equipment to bring efficiencies to the job site,” Thaker says.

With the T7X, Odegaard says snow removal companies in particular are excited about how quiet it is, at 92.7 dB for bystanders, as it enables them to conduct residential snow work at times they normally couldn’t. Similarly, it can allow for earlier start times on residential landscaping projects.

“This is a machine you don’t have to turn off to be able to talk to somebody that’s outside the machine,” Odegaard says. “You and I can have a conversation at this level and the machine can be running right in between us and we can hear each other just fine.”

Electric construction equipment also can provide cost savings as there is less maintenance required and no need for fuel.

When it comes to possibly winning jobs with electric construction equipment, Caldwell advises considering the project’s timeline, the client’s environmental preferences and the positive impact on the surrounding area.

“In other words, can the electric machine get the job done well and on time?” Caldwell says. “Will there be people nearby who could benefit from the use of a quieter machine with lower emissions? If the answer to those questions is “yes,” then an electric machine could be a difference-maker.”

Thaker adds that as more states and municipalities implement emission regulations, a contractor with electric equipment incorporated into their fleet may find themselves with an advantage over the competition.

“Not only does electric construction equipment reduce engine exhaust emissions, but it can also prove better suited to work on certain jobsites in urban environments where noise ordinances are in place,” Thaker says.

“As sustainability regulations become more prevalent, these machines are a way to meet or exceed them,” Arnold says. “Environmental awareness is growing quickly, and people have their own personal goals for getting work done in more climate-friendly ways.”

Odegaard and Caldwell encourage landscape contractors who are considering electric construction equipment to rent a model first to see if it’s a good fit for their business.

“While electric equipment has many benefits, particularly for working in congested urban areas, it really depends on the contractors and their customer bases,” Caldwell says. “If a contractor works primarily on certain types of projects, and if they are marketing themselves as a business focused on green initiatives and environmental stewardship, electric equipment can be an ideal solution.”

Thaker advises landscapers to determine what size equipment they commonly require and then turn to a trusted dealer who can help match them to the right piece of equipment for their needs.

Arnold stresses not to just look at the purchase price. Volvo conservatively estimates electric equipment has 35 percent lower maintenance costs and up to 45 percent reduction in operating hours thanks to the machine turning off instead of idling, reducing wear and tear.

“Landscape professionals considering adding electric construction equipment to their fleet now may find themselves with an advantage over their peers as customers begin demanding more environmentally friendly and quieter operations,” Thaker says.

Odegaard understands that many are going to be skeptical until they test the equipment for themselves.

“The power that you can get from electric today is nothing like it was even 10 years ago,” Odegaard says. “It’s unbeatable. That’s one of the things with T7X I think that surprises a lot of people is that they think electric and they think weak.” 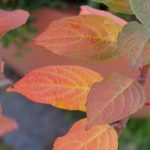 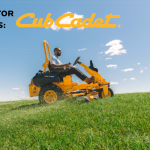